If you’re going to win the title you invariably have to take points off your main rivals.  Poulton SFC took fifteen points off AFC Additions, Reform Health and Molloys and that’s why they’re the BFSFA Champions tonight.  Poulton came back from 1-0 down at Fleetwood Town FC to beat Reform Health 2-1.  AFC Additions needed to win and hope that Poulton lost.  They did their bit by beating Molloys 7-1 but the two league defeats to Poulton meant that they finished runners up.  We hear that Poulton manager Alan Cocker is unwell, hopefully this long awaited title will lift his spirits.

It was another interesting day in Division 1.  In the game of the day, Blackhurst Budd FC beat leaders Golden Eagle FC to narrow the gap at the top of the table to one point.  Bathroom Solutions are finishing the season strongly, they won 4-2 away at Wrea Green to go third.  Sportsworld Media beat Boars Head 5-4 and Northern Care Colts won 4-3 away at Chris Allen Garages.

In Division 2, it looks as though Northern Rags are away and clear.  Their 7-2 win away at Number Four Celtic leaves them three points clear of their nearest rivals with games in hand.  Second placed Devonshire Arms were held to a 2-2 draw by Teamsport 90 FC whilst Fylde Coast Gates lost 4-2 away at Uncle Tom’s Cabin.  FC Rangers enjoyed a great 5-2 away win at Blue Room.  A strange day in Division 3.  Clifton Rangers’ good run of form has taken them to the top.  They won 7-0 away at Old England.  Frenchman’s Cove look to be awarded a 1-0 win after opponents Kirkham Con Club failed to fulfil.  Wesham’s 3-2 away win at Normoss Newton leaves tthem in third.  The Bispham Hotel lost 5-0 away at Marshall Court whilst FC Kingsfield were beaten 2-0 by Metrostars.

Congratulations to Wesham Town FC who were crowned Division 4 Champions after they beat Marton Atletic 4-1.  It looks as though Victoria and Pump & Truncheon will be fighting it out for second place.  Victoria look to be awarded a 1-0 win after opponents Score failed to fulfil.  Fire & Ice FC rounded off the season with a 3-1 win against Fylde Coast Vets.

Probably one of the very few Sunday league fixtures ever played at a Football league ground. 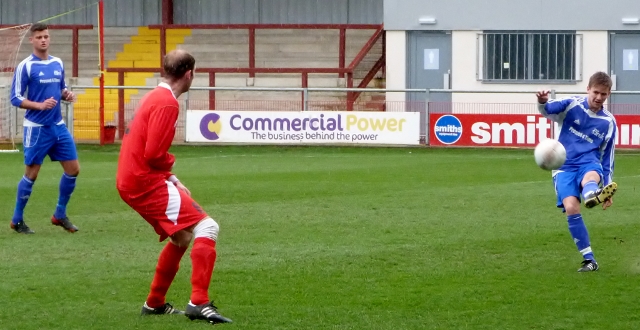 Reform in blue – Jordan Douthwaite plays it down the line 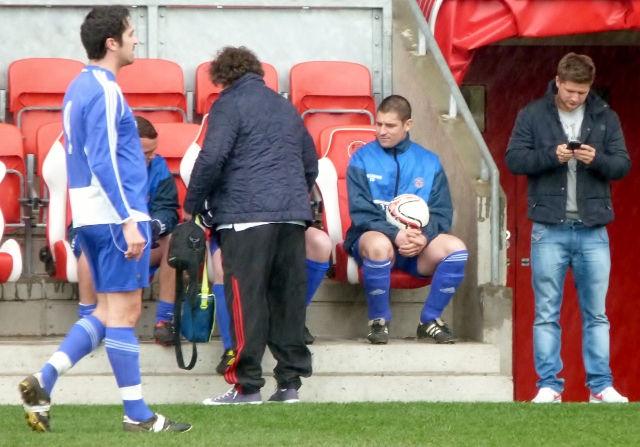 Reform were well on top in the first half hour.  They took the lead after a Poulton defender inexplicably passed the ball to Phil Smith who gratefully took advantage. 1-0 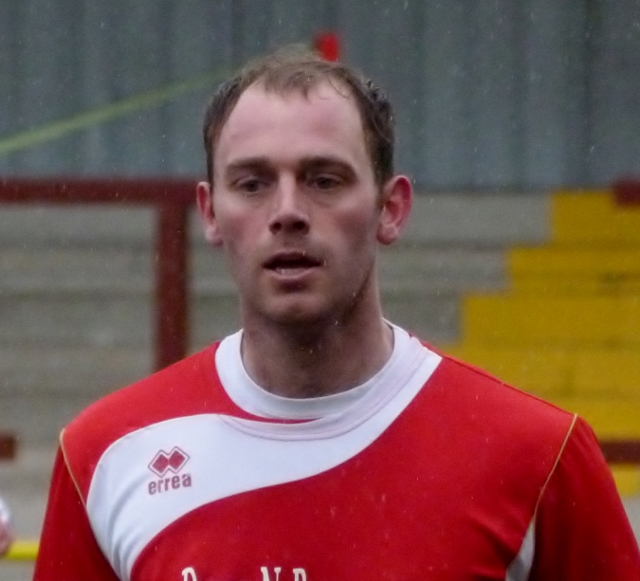 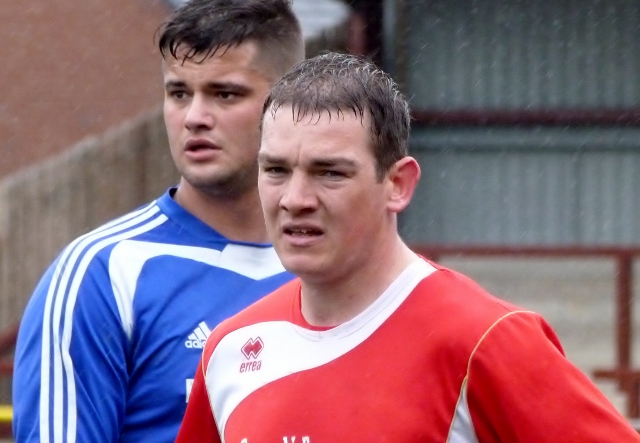 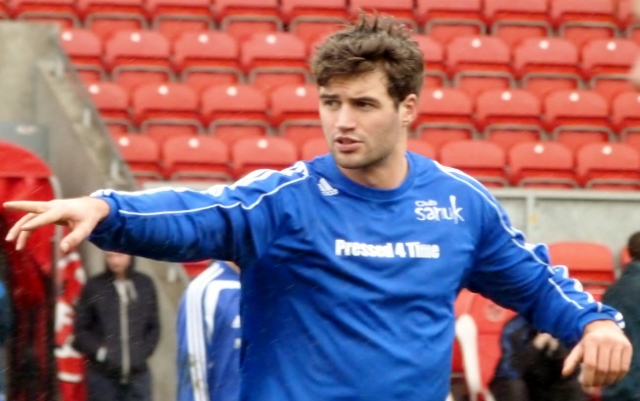 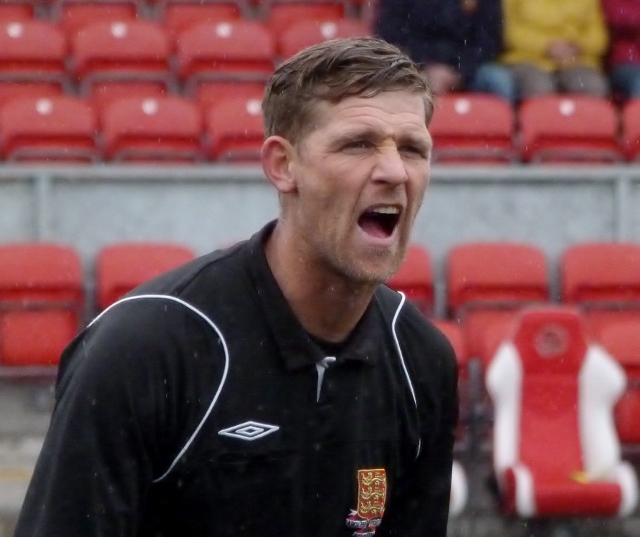 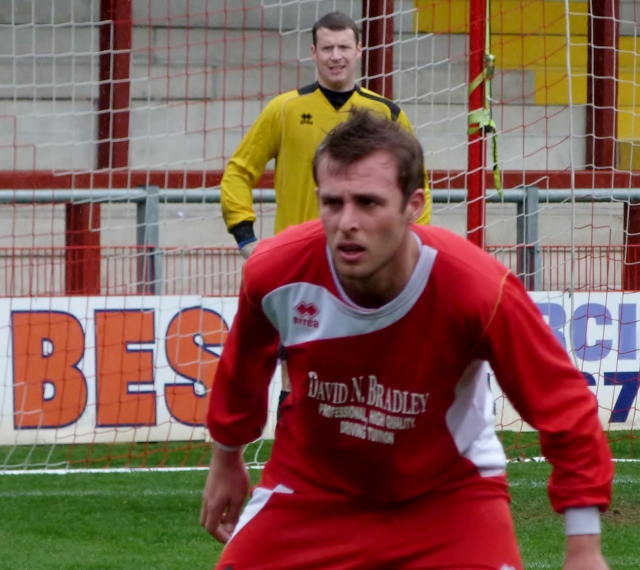 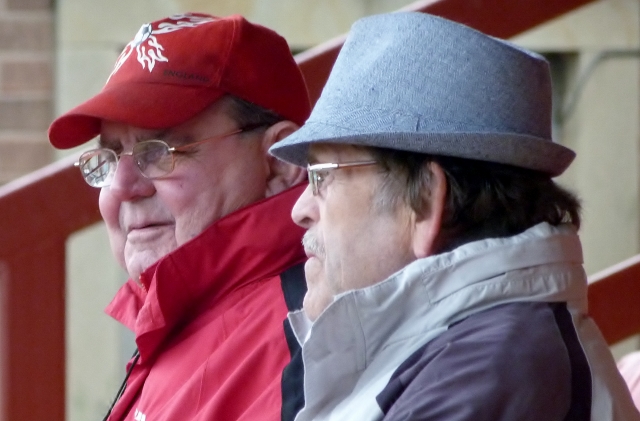 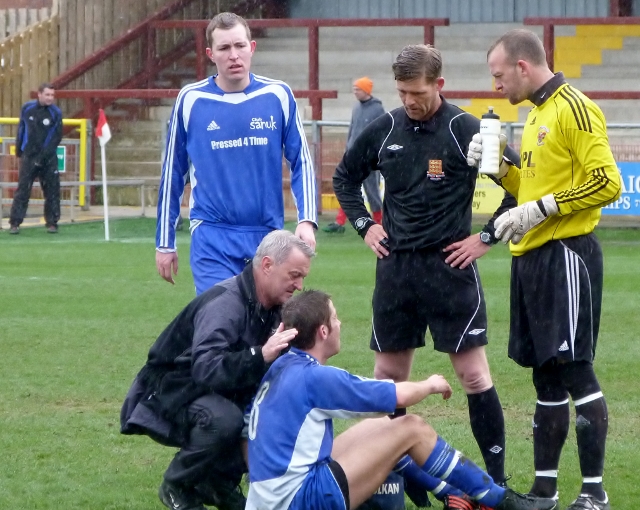 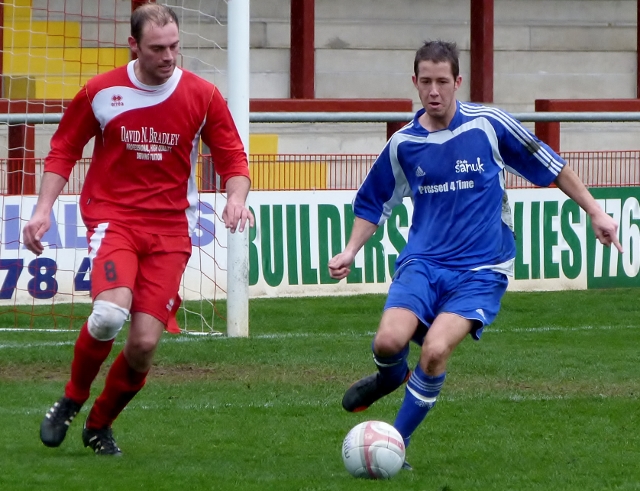 Phil Smith on the ball 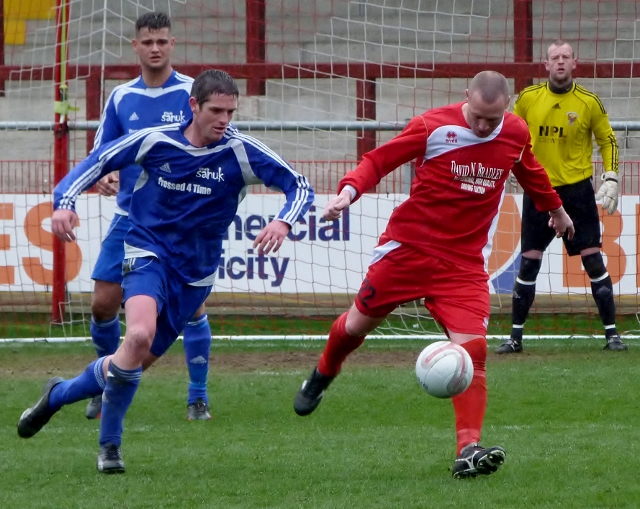 Phil Thompson and Lee Catlow tussle for the ball

The Impetts are warming up 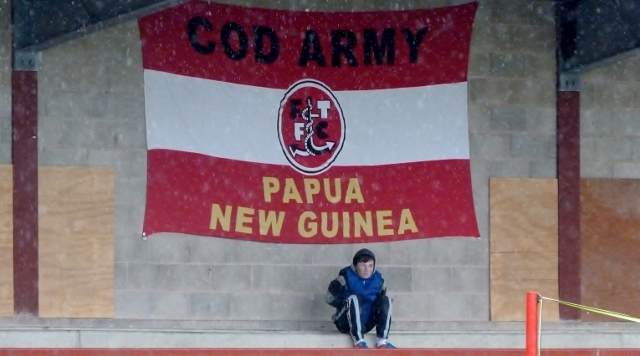 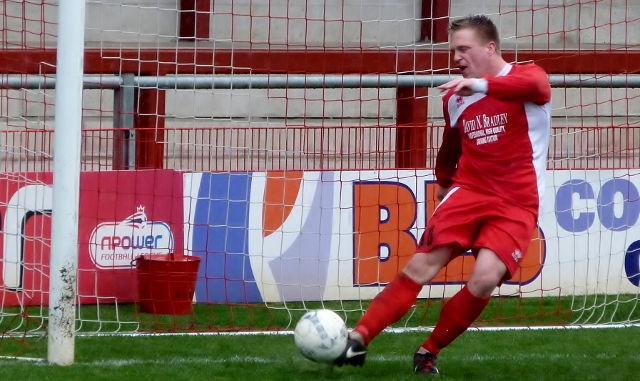 Danny Morris celebrates after being gifted the equaliser.  He intercepted a headed back pass and lashed it home. 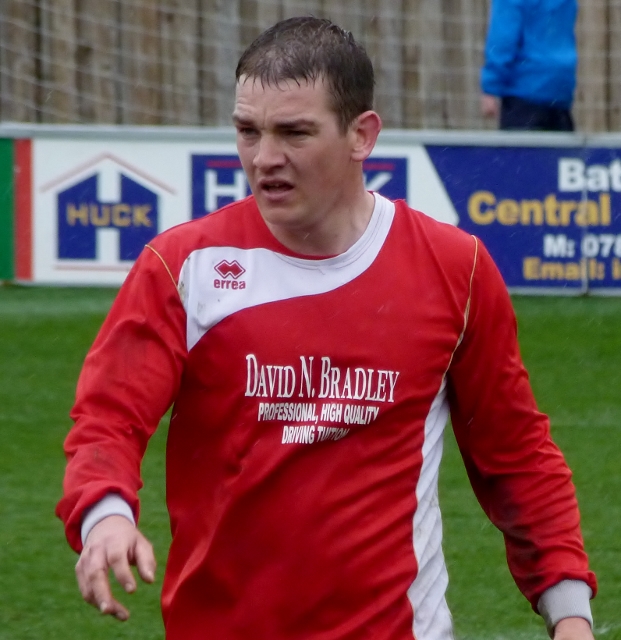 Not long after, Danny Morris and Lee Catlow combined well on the left.  Catlow then disguised a neat pass into the box for Sharrock who hit a deflected shot past keeper Smith.  1-2.  Poulton now in the ascendency. 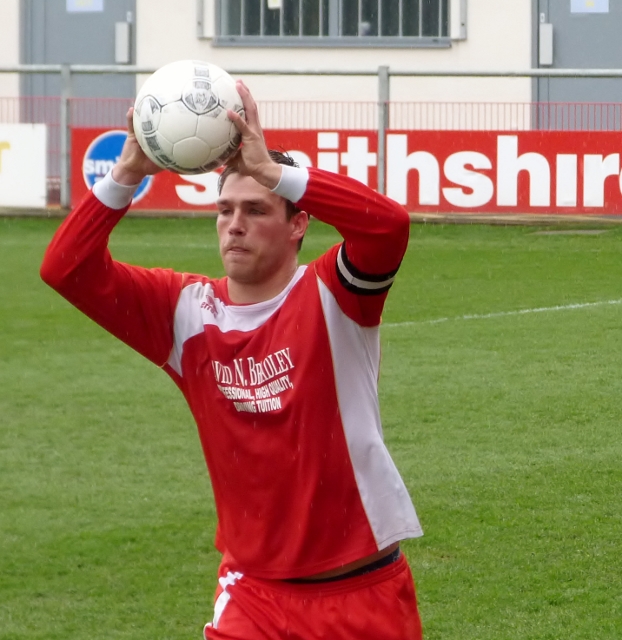 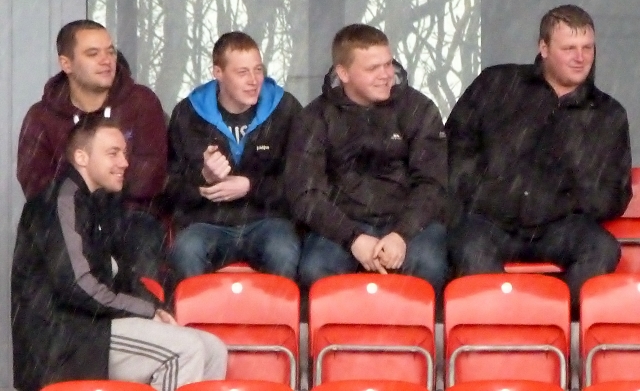 Poulton support up in the Parkside stand 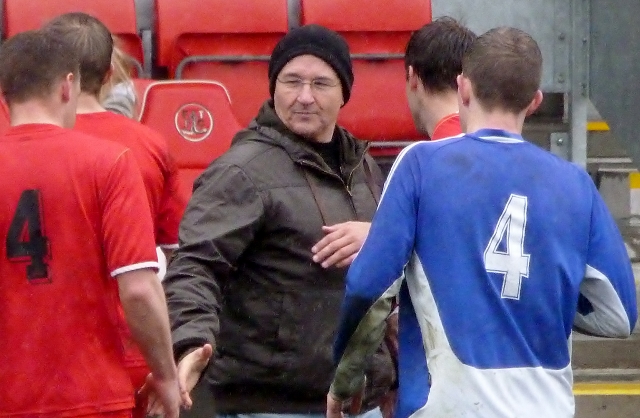 It’s all over, Poulton SFC are the 2012/13 BFSFA Champions.  Well done to Alan Cocker and his squad after so many runners up spots.