All I've heard all week is how it was going to be 17 degree sunshine on Sunday.  Not quite.  Instead, it was blowing a gale and pouring down, 'minging' was the most heard description.  It was semi final day in two of the Divisional Cup competitions.  The final of the Prem/Division 1 Cup will be contested between AFC Additions and Poulton SFC who both maintain hopes of the double.  The Prem sides both knocked out Division 1 opponents.  AFC Additions beat Northern Care Colts 3-2 whilst Poulton beat Sportsworld Media 5-1.  In the Division 2/3 Cup Teamsport 90 FC pulled off the result of the day beat Normoss Newton Arms FC 3-0.  In the final that will be played at Fleetwood Town's Highbury stadium they'll play the Devonshire Arms FC who beat Clifton Rangers FC 1-0.

In the Premier Division, Molloys FC drew 1-1 with Reform Health Club FC.  Each of them have a game left but Reform will finish third with Molloys in a very respectable fourth.

There's  still a lot of football to be played in Division 1 but the Golden Eagle FC currently hold top spot after a fine 3-0 away win at Wrea Green who dropped to third.  Blackhurst Budd FC move into second tonight following a comprehensive 7-0 victory against Chris Allen Garages FC.  Bathroom Solutions FC are one of three sides on thirty points.  They beat Mythop Leisure 9-0 away from home.  The Saddle and CTK FC drew 1-1.

Northern Rags have finally hit top spot in Division 2 as they recorded a 1-0 win away at Xceptional Kitchens, perhaps they'll now stay there?  None of the others in the top four were in action.  FC Rangers won 4-1 against Number Four Celtic and AFC Wilo drew 4-4 with Marton Institute. Uncle Tom's Cabin just love the Fyldesport camera.  They played well at the Edge to beat Highfield Social 3-1.

Frenchman's Cove went top of Division 3 after an important 2-0 win away at Wesham.  Rivals Bispham Hotel crashed 4-0 away at Athletico Excelsior whilst Kingsfield were held to a 3-3 draw by Hampton Social.  Old England enjoyed 5-1 win against Metrostars.  In Division 4, Wesham Town FC are firmly installed as title favourites after they beat Fire & Ice 7-0.  Second placed Pump & Truncheon surprisingly 'no showed' against Score FC.  Victoria are doing all they can to catch Wesham as they narrowly beat Layton 3-2.  Finally, in the battle of oldies v youngsters, the Fylde Coast Veterans beat the Highlands 7-2……………………….and now the sun comes out………. Action from a wet and windy Commonedge Road where the conditions were harsh to say the least.  In this picture, a Hampton Social FC player (white) challenges for the ball against a Kingsfield FC opponent in the Division 3 fixture (More pictures below)

Station Tavern 1 – 0 Mereside (A no show by Mereside) 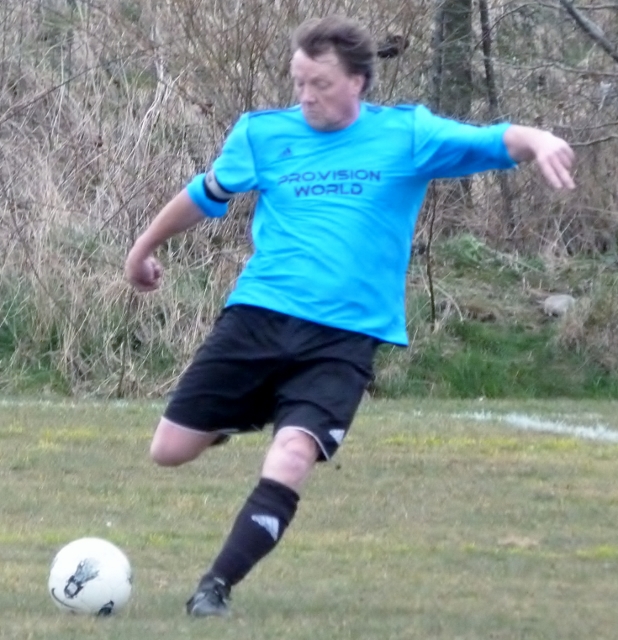 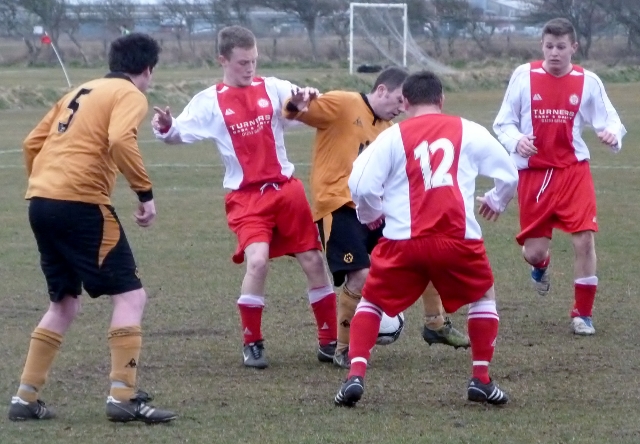 The Highfield liner keeps his eye on the ball 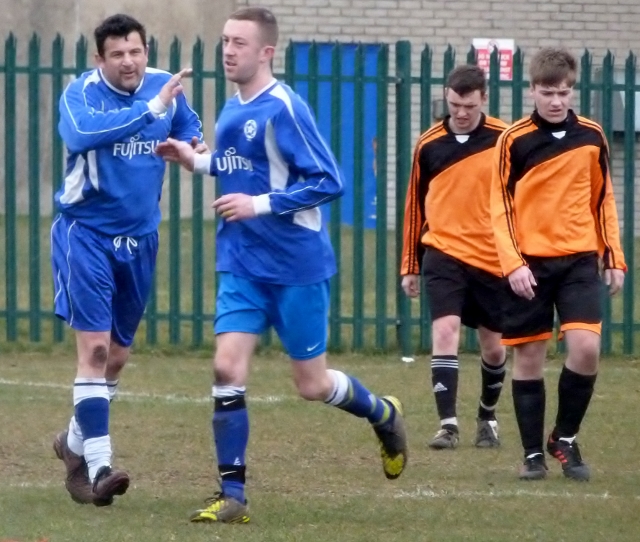 The old men of Fylde Coast Vets FC (Blue) giving the youngsters of Highlands FC a lesson this morning in Division 4. 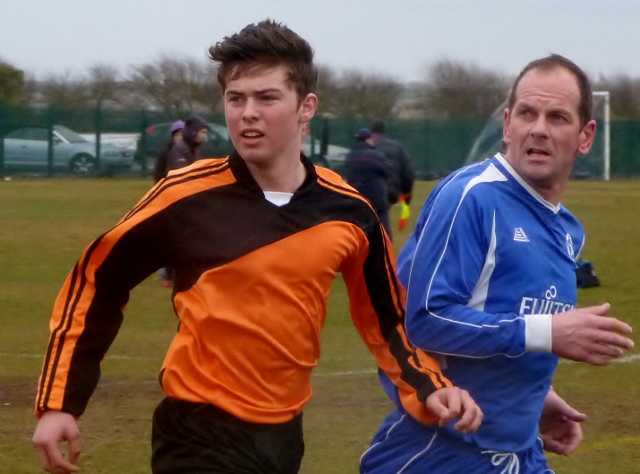 Out bravely watching on the rain lashed fields of Commonedge Road – it beats tanning the Playstation any day….doesn't it?

The second half gets underway 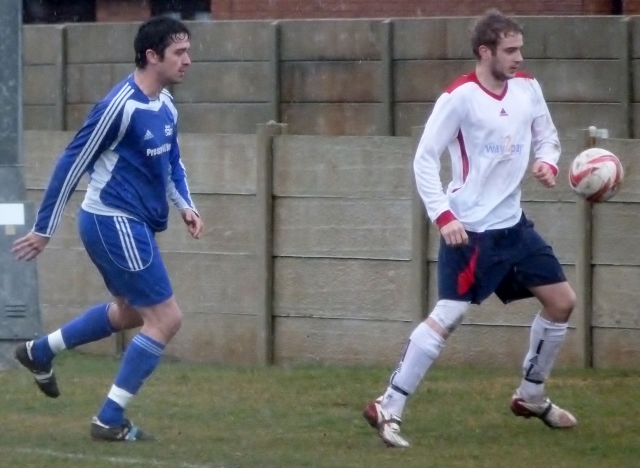 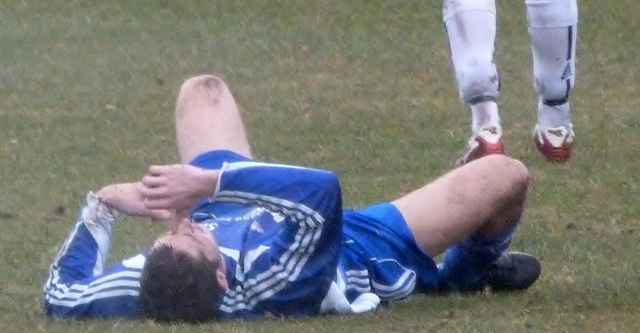 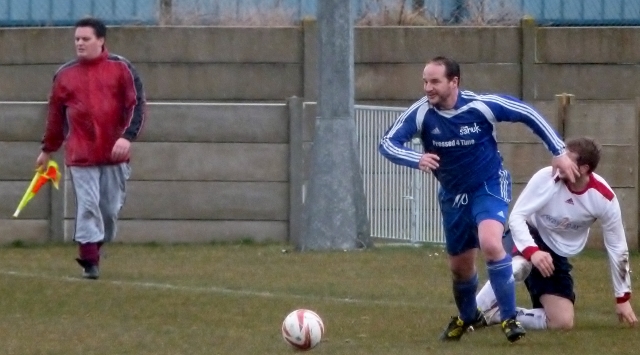 Veteran striker Lee Impett comes away with the ball