The Lancashire Sunday Trophy is an extremely difficult competition as many of our teams will tell you and in the twelve years I've been covering Fylde Coast Sunday Football and previous to tonight I've seen one of our teams reach the final on two occasions.  The first time Quilligans were well beaten and on the second occasion, Poulton SFC brought the trophy home to the Fylde Coast for the first time since about 1993.  This year, two BFSFA sides reached the final and that's a great reflection of our local football as well as a fantastic achievement.  You may not realise it but we're living through a golden age with Blackpool FC, Fleetwood Town, AFC Fylde as well as many of our Saturday teams like Wren Rovers, Norcross, Thornton, Lytham etc and having two of our Sunday teams fight their way past 130 other teams from across Lancashire makes my strange hobby all worth while.  It's far from easy to get to the final so a special mention to Division 1 side Blackhurst Budd FC who knocked out some very good sides along the way.

On to the match (Brief summary).  The pitch was perfect, the sun came out early doors and with the wind dropping it was almost perfect conditions for football.  The first half was frankly poor with neither keeper getting their knees dirty.  Reform started the second half very brightly with Jordan Spedding hittinh a left footed volley that was tipped away for a corner.  Phil Smith opened the scoring for Reform.  An exquisite diagonal ball from Michael Clark found the run of Smith who controlled it brilliantly before finishing neatly.  Kevan Ford scored a second following a corner that was only half cleared.  Ryan Willetts pounced on a rebound to knock home the third and Phil Thompson was left completely unmarked to finish the game off with a powerful header.

Reform Health Club FC more than deserved their victory. The foundations of that victory were in defence with the back three of Thompson, Taberner and Ford looking unbeatable.  Every credit to Blackhurst Budd FC.  They more than matched their opponents until the first goal was conceded and although they'll be disappointed with the last thirty minutes as they went chasing the game they can take a lot of pride in reaching this prestigious final.  Well done to Reform manager Mark Spedding who is rumoured to be retiring at the end of the season.  If he does, he'll be going out on a high with a lot of good memories.

Pictures and video below;  Apologies but the Fyldesport camera struggles as soon as the gloom sets in but at least they give you a flavour of proceedings and the video of the second goal is pretty good if I say so myself.

The County Ground, Leyland.  LFA Headquarters  – a great venue, especially the pitch which is one of the best in the county

The dignitaries are introduced to the teams (Reform in the blue) 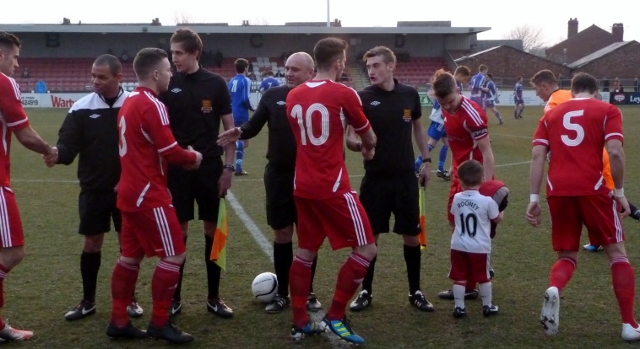 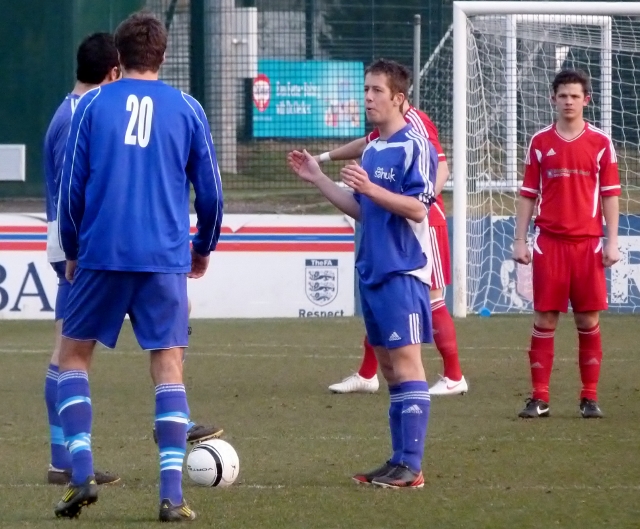 An early chance for Blackhurst 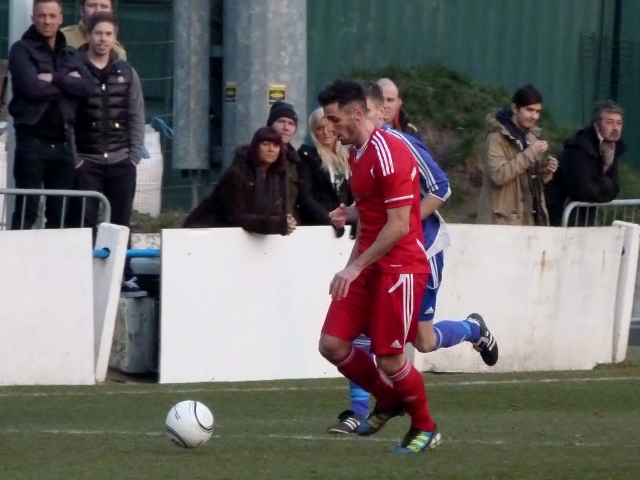 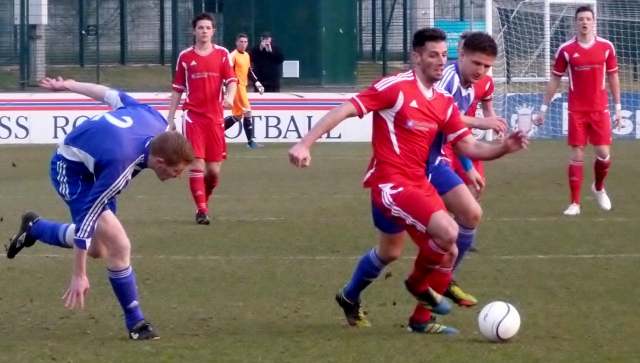 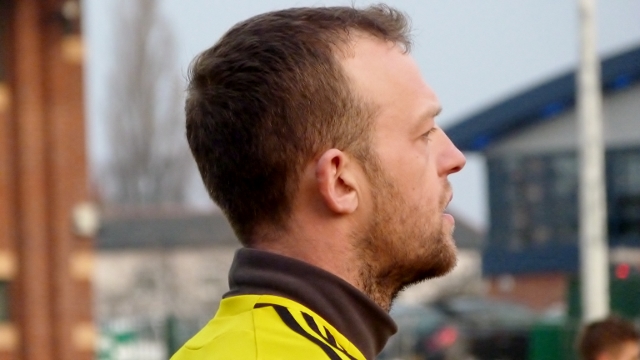 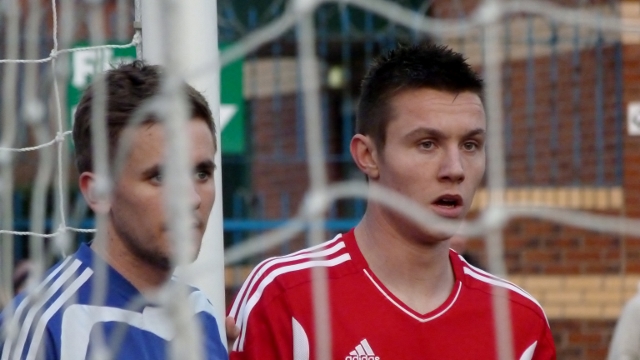 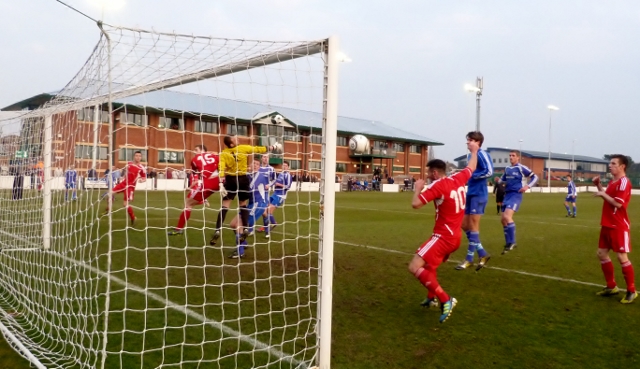 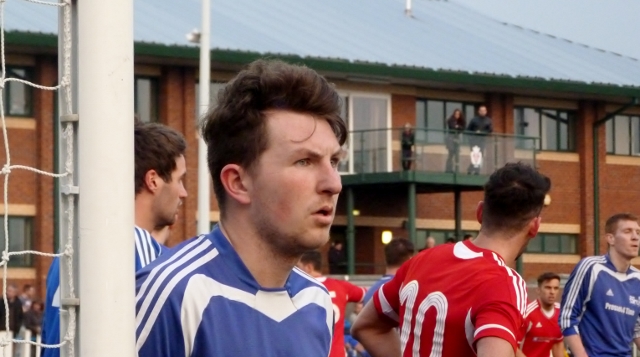 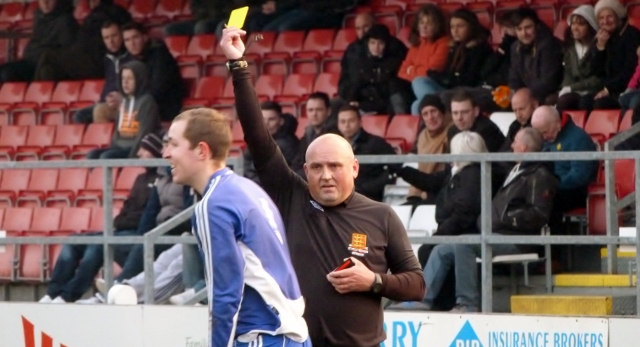 Taberner in the book 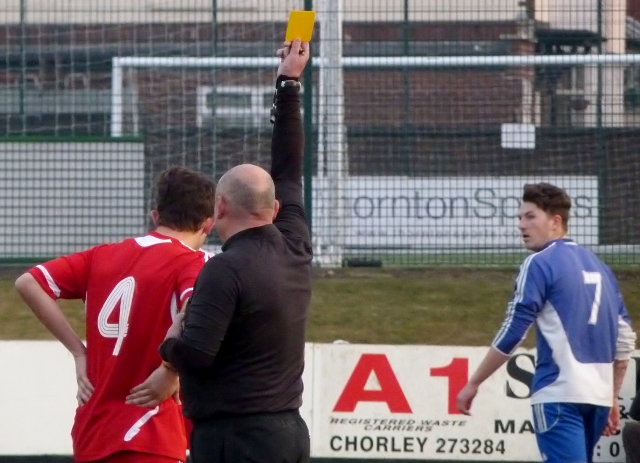 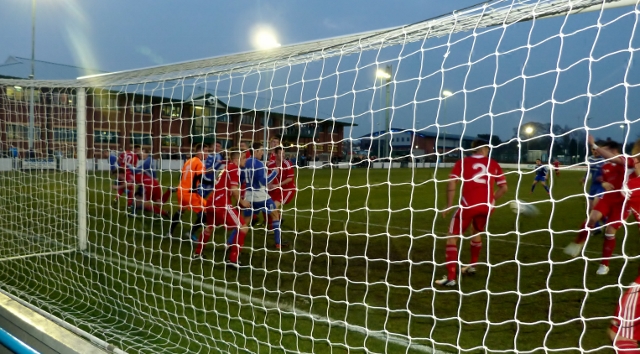 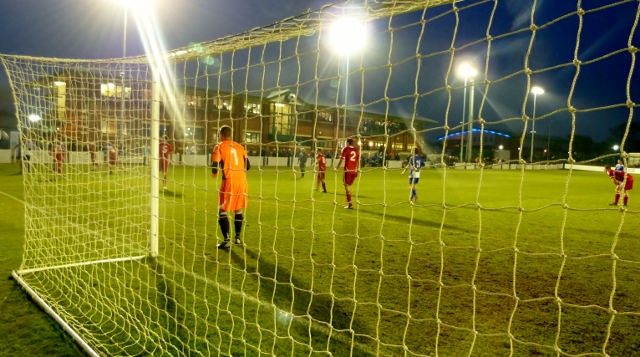 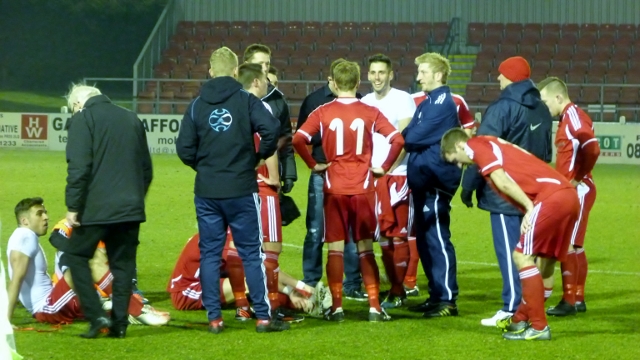 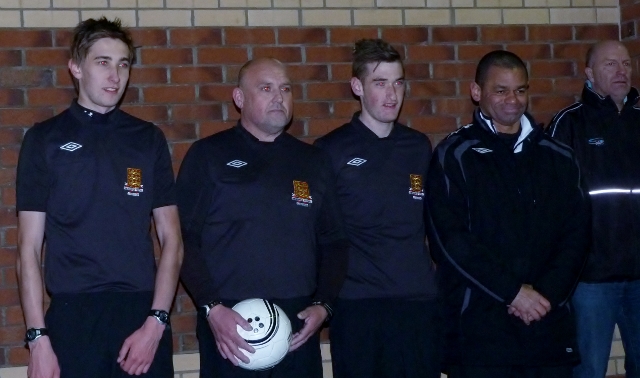 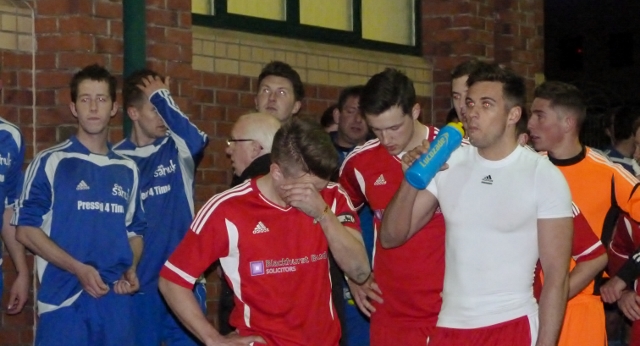 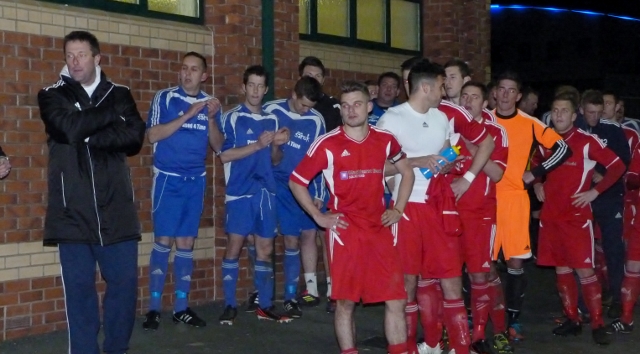 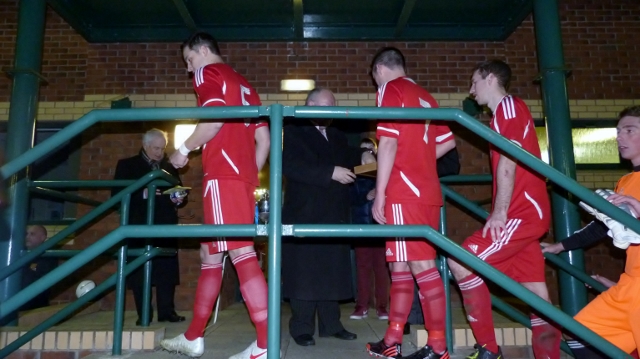 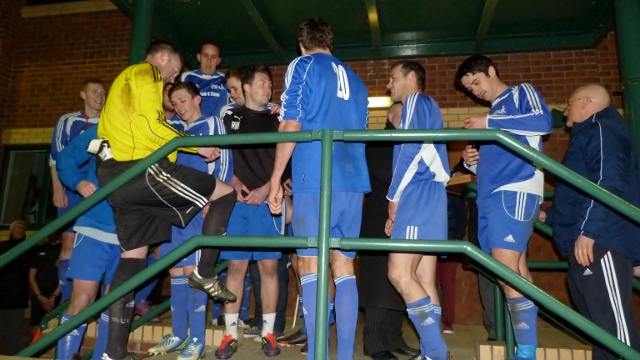 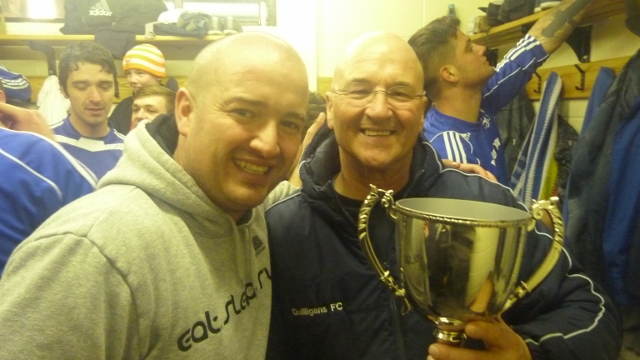 Manager Mark Spedding finally gets his hands on the famous trophy once again after a 19 year interval.  Sincere congratulations to him and all of his Reform Health Club FC team.