The coldest March on record apparently and no more so than at Commonedge Road where the bitter easterly wind was completely unforgiving.  On Pitch 7, AFC Additions retained top spot in the Premier Division with a 8-0 win against Revival Tattoos FC.  Two more wins for the title.  Next week's match away at Poulton SFC could be the title decider.  Reform Health Club FC are still lurking dangerously in third place and they improved their goal difference thanks to a 13-1 win against Bloomfield Vets FC.

It was a good day in Division 1 for Golden Eagle FC as they went top after beating Saddle FC 3-1.  Rivals wrea Green FC lost 5-4 away at Boars Head FC whilst Blackhurst Budd FC returned to earth as they were beaten 4-2 at home by mid table 21st Century Windows FC.  Sportsworld Media FC returned to winning ways as they beat CTK FC 3-1.

In Division 2, Fylde Coast Gates FC opened up a four point gap at the top after they beat Hansom Cab FC 6-2.  FC Rangers went second as they edged out Highfield Social FC 1-0.  The Devonshire Arms FC's fantastic run of thirteen straight wins came to an end as they were held to a 4-4 draw by bottom club No4 Celtic.  In the game of the day Northern Rags and blue Room drew 3-3.  AFC Wilo won 3-1 away at Marton Institute whilst Mereside won 5-1 away at Uncle Toms.

Frenchman's Cove FC have been installed as the bookies favourite to take the Division 3 title as they beat the Bispham Hotel 4-1 away.  They are now two points behind leaders FC Kingsfield with four games in hand.  Normoss Newton Arms FC are also still in with a great chance of honours, they beat Athletico Excelsior by the same scoreline.  There were also wins for Clifton Rangers who beat Marshall Court 6-2 and Kirkham Con Club who won 6-1 against the Old England.

Remember that next week, the clock's spring forward one hour in the early hours of Easter Sunday morning.

It was evil on the Edge this morning with the bitter East wind making it feel like minus stupid.  In the above picture Wesham Town FC keeper Ben Spriggs collects the high ball from a Highlands FC corner. 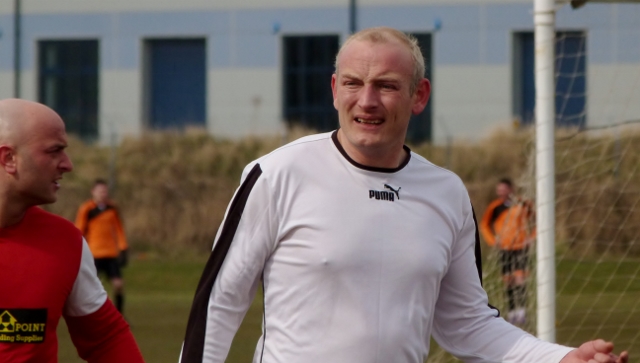 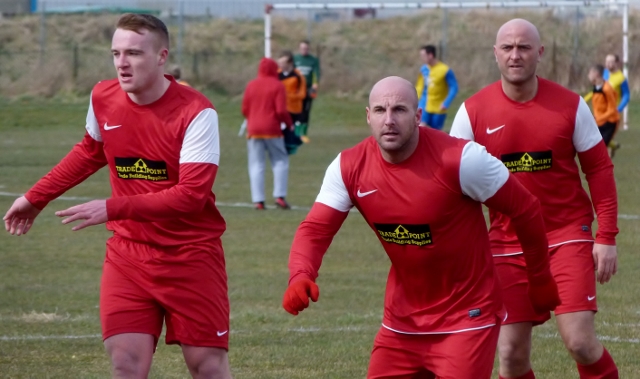 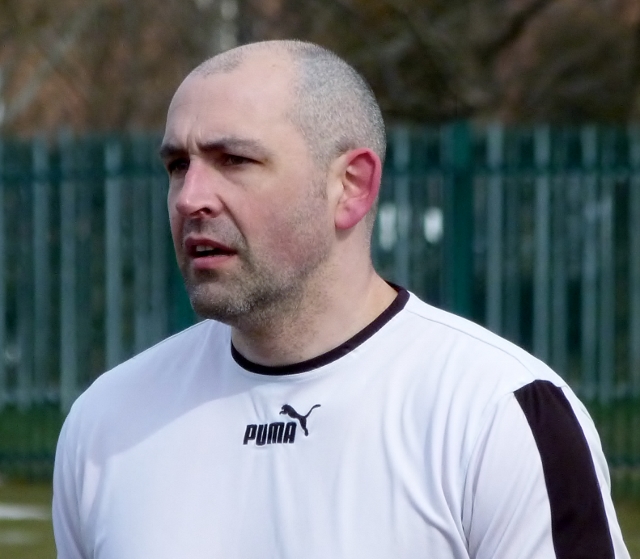 A rare appearance for Gates from Steve 'Arshavin' Creelman 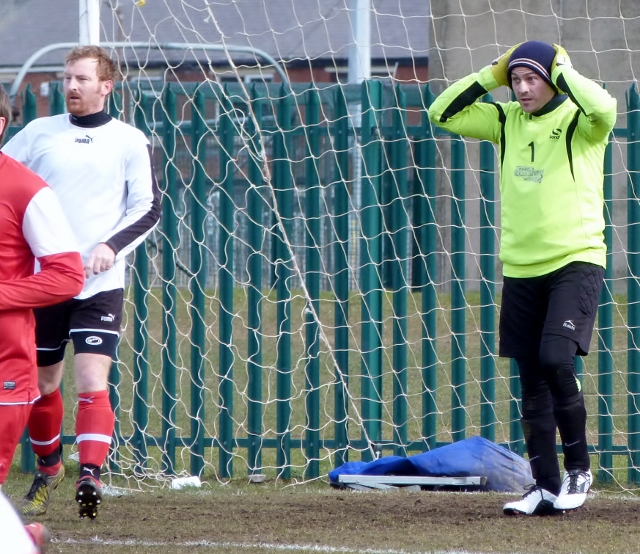 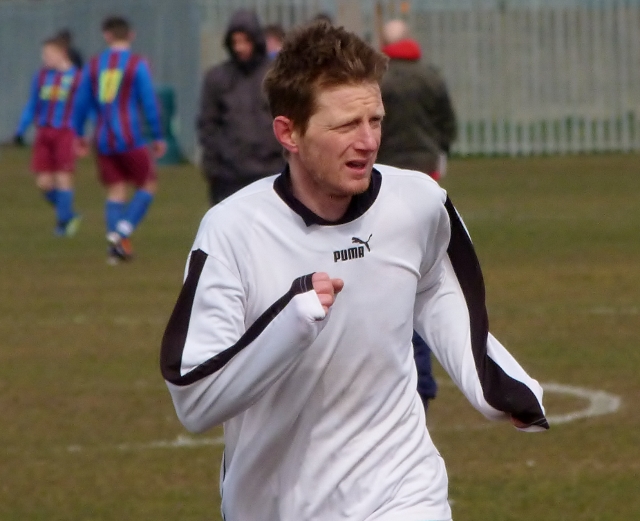 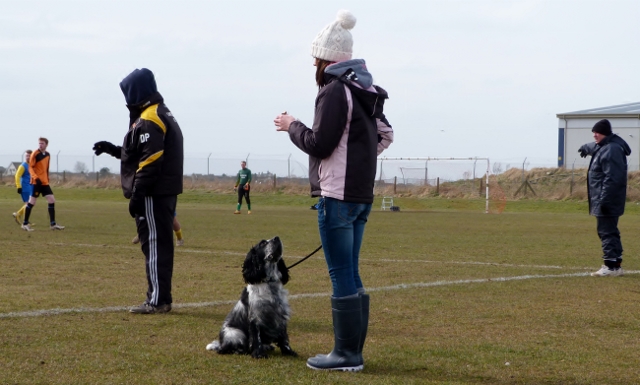 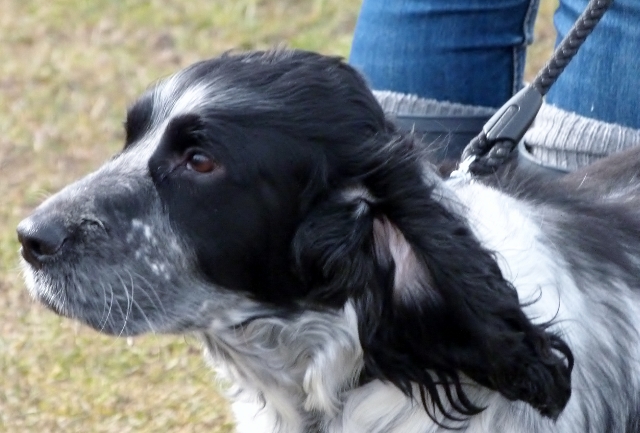 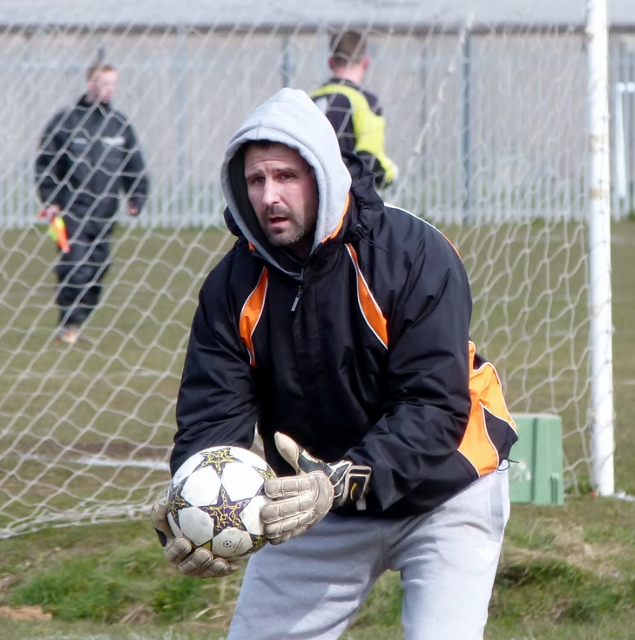 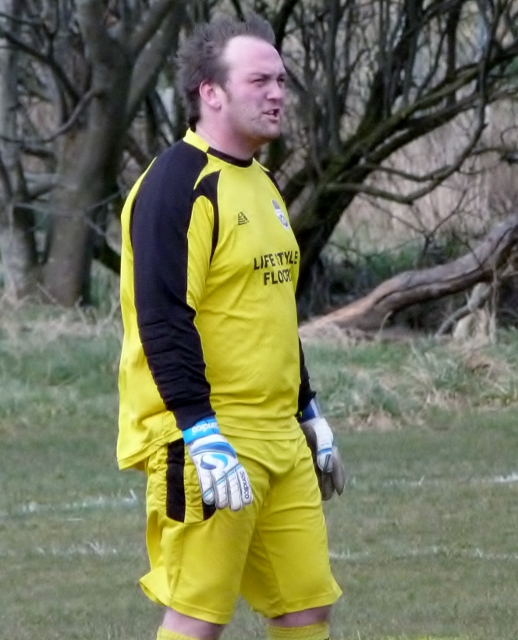 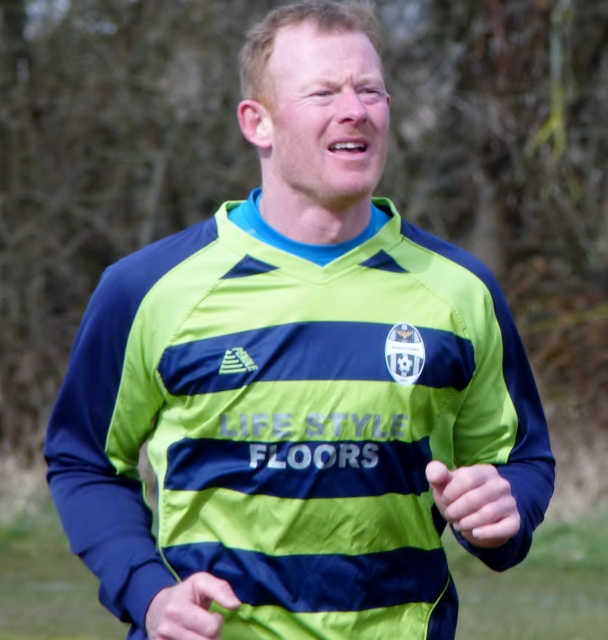 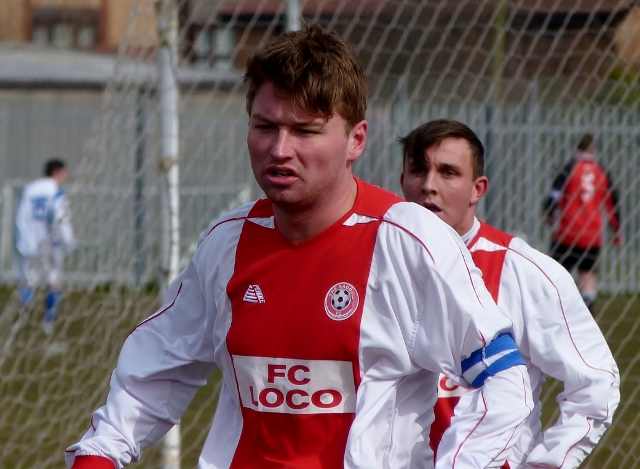 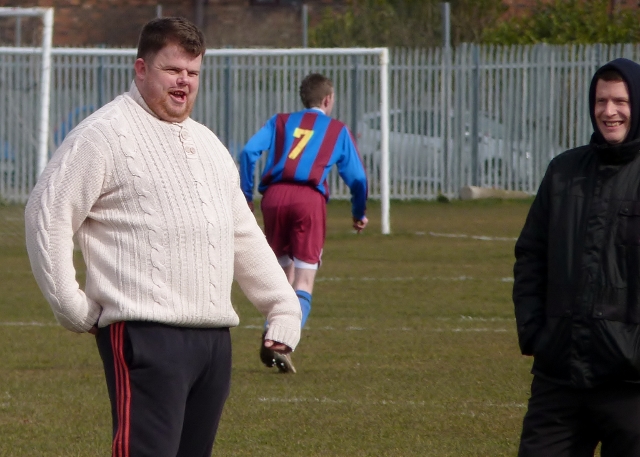 The Tatts concede a second.  Final match of the season for them. 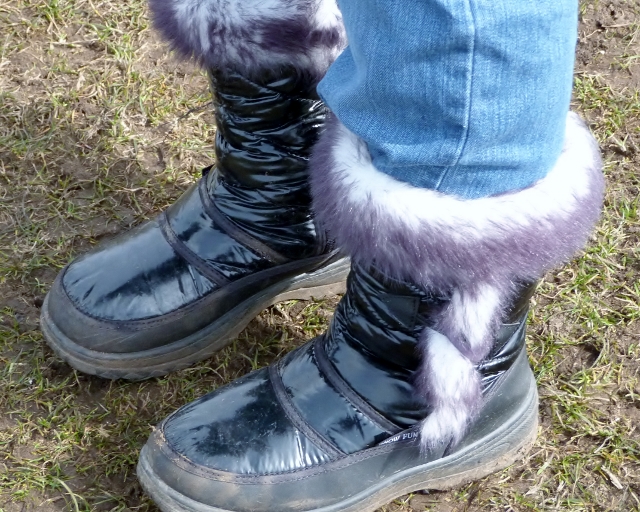 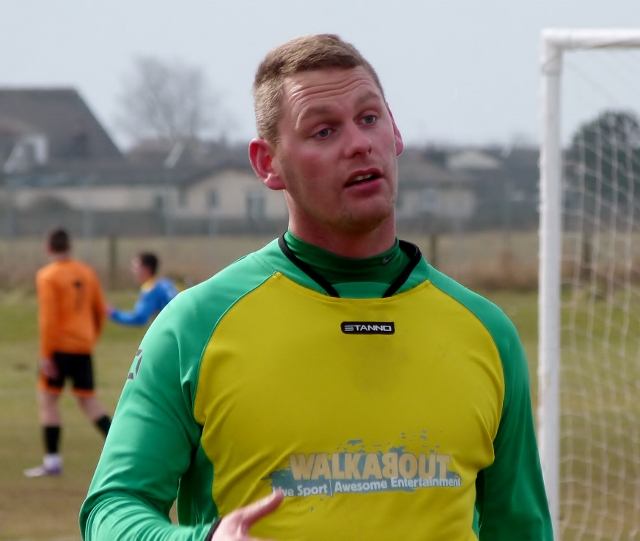 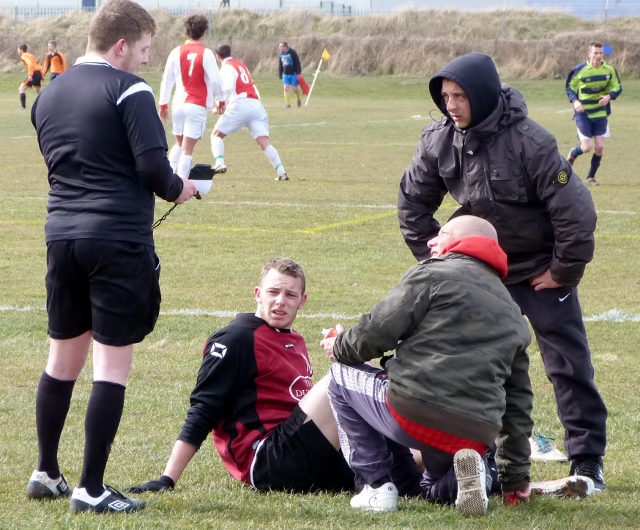 'There you are, never mind your badly bruised ankle' 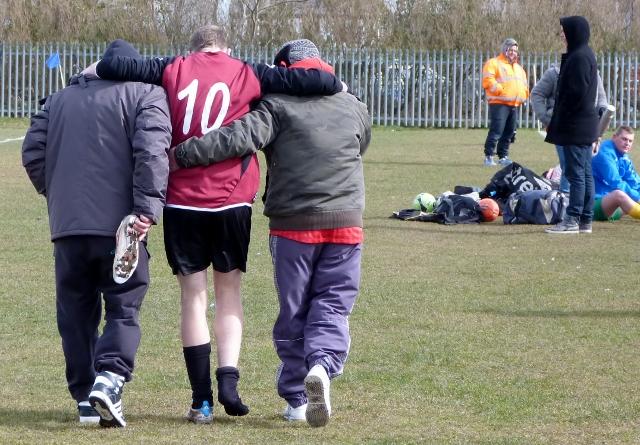 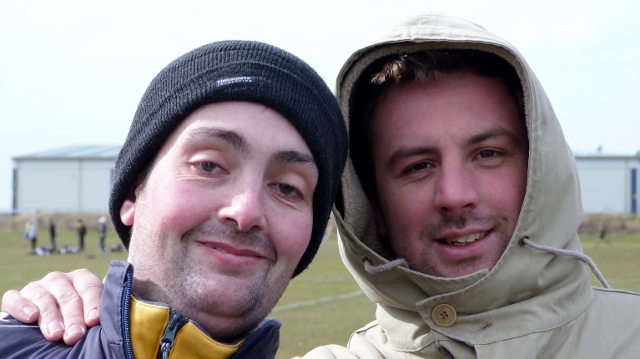 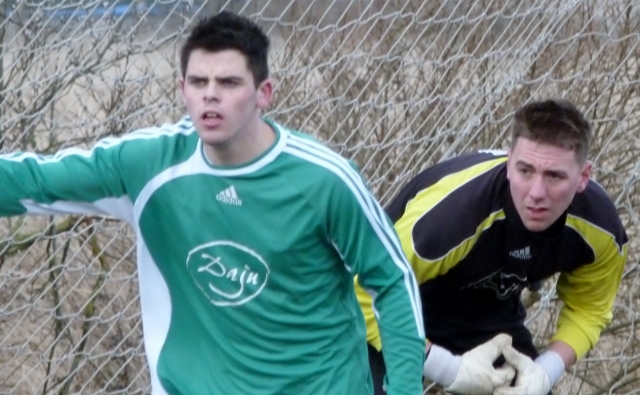 Wrea Green FC were today's opponents, a reverse of last week's fixture that finished at 3-3 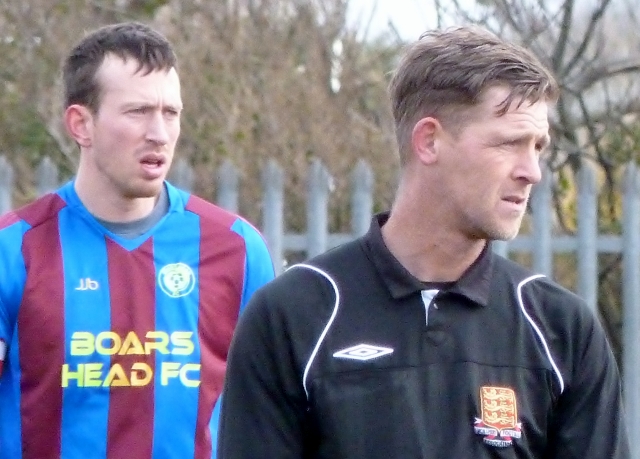 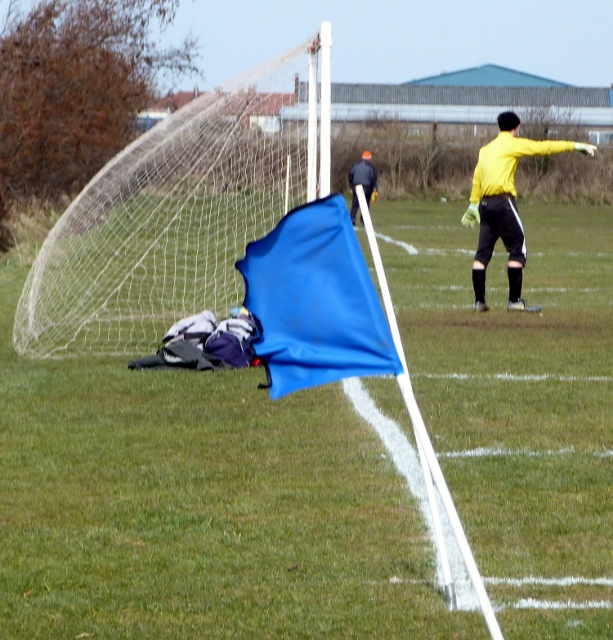 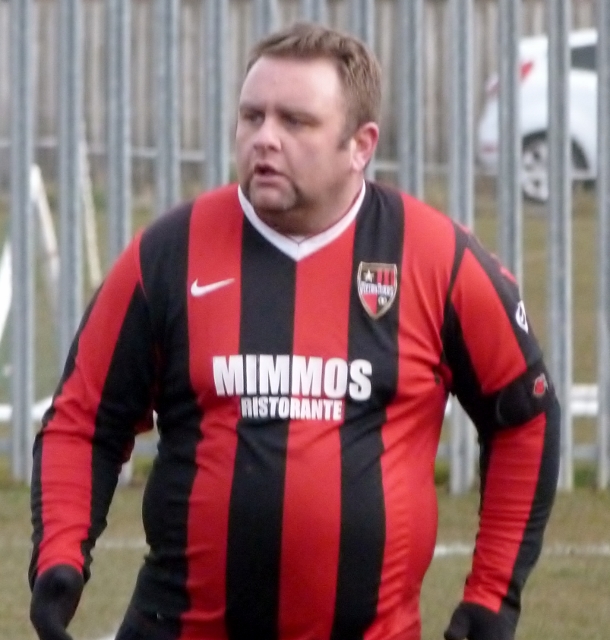 Metrostars FC were away at Hampton Social FC – Greg Paul 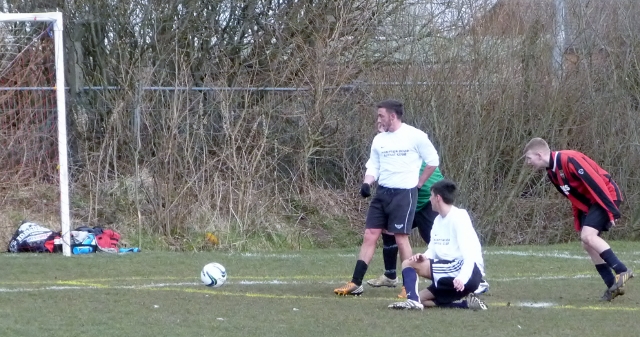 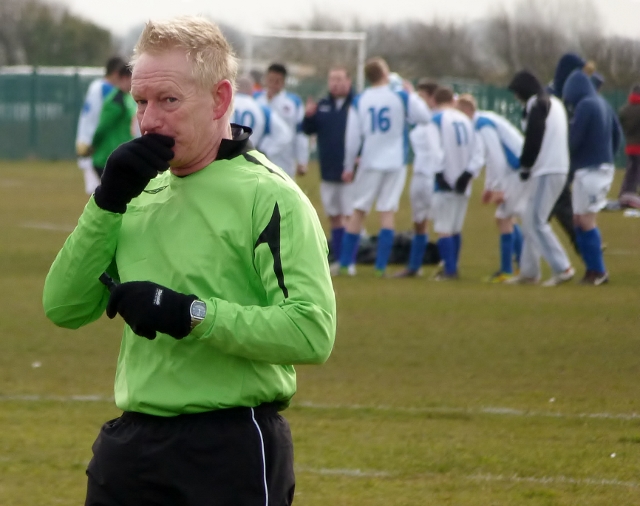 Peter Sutton in charge of this one 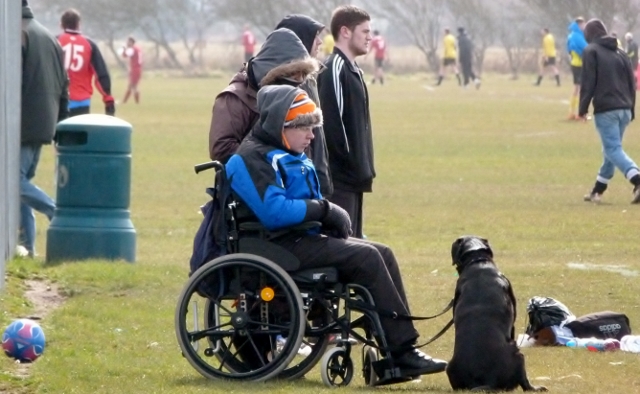 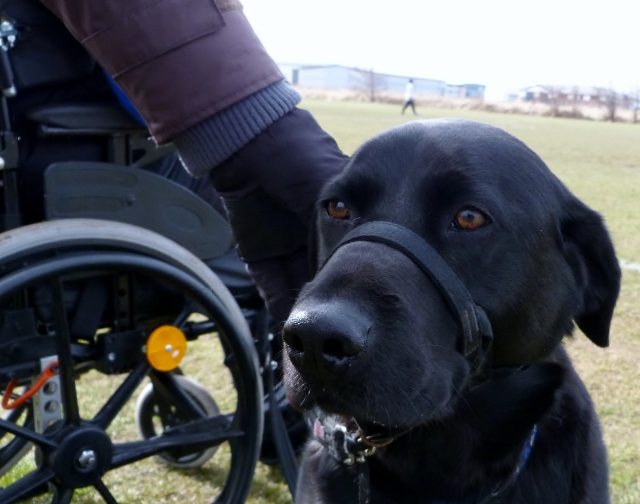 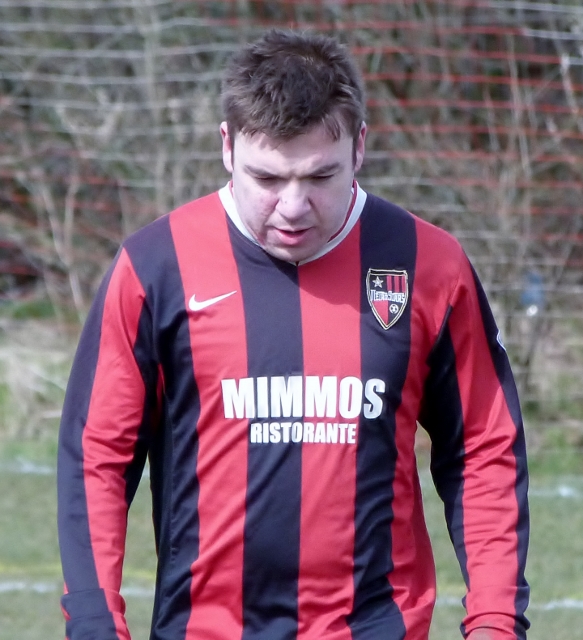 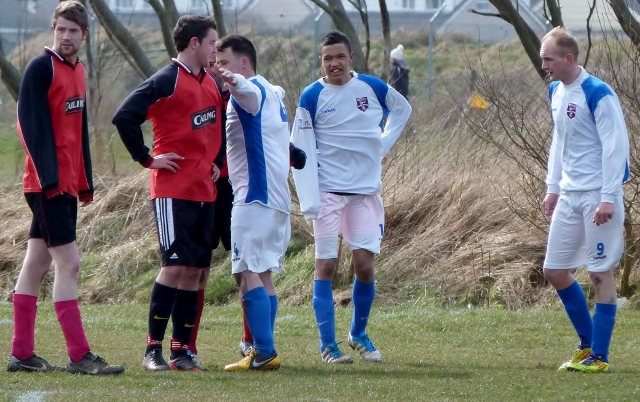