March 17th 2013 and the Premier Division finally became interesting.  This morning Poulton SFC thumped leader AFC Additions 6-0 to go top of the table.  In their final two games they have AFC Additions and Reform Health Club to play.  Two wins will win the league but four points may be enough.  AFC Additions have three games left whilst Reform Health have five.  Realistically, each of the three contenders have to be aiming for maximum points from their remaining games to ensure the title.

Division 1 has been interesting throughout and there were more twists this morning.  Wrea Geen drew 3-3 with Boars Head and they're top on goal difference ahead of Golden Eagle FC who were surprisingly beaten by improving Saddle FC.  Sportsworld Media looked to be suffering a Gledhill Cup semi defeat hangover as they were walloped 10-1 by Blackhurst Budd FC who climbed menacingly into third.  Bathroom Solutions continued their good form with a 2-0 win against Mythop Leisure.  21st Century Windows FC beat Chril Allen Garages 3-2 whilst at the foot of the table Northern Care Colts and CTK FC played out a 3-3 draw.

Fylde Coast Gates top Division 2 after a 2-0 win against Highfield Social.  The Devonshire Arms are in second following their 4-2 win against Mereside.  Teamsport 90 FC went down 1-0 at home to Mere Park.  Northern Rags are still hopeful  of a league and Cup double.  They're in fourth tonight after a 6-1  win against Xceptional Kitchens.  Uncle Tom's Cabin FC climbed off the bottom of the table thanks to a 5-3 away win at Marton Institute.  They were replaced by No4 Celtic FC who lost 3-1 away at AFC Wilo.

Division 3 leaders Kingsfield were without a game but they're still top tonight.  Second placed Wesham were held to a 3-3 draw by Athletico Excelsior who look to be improving as the season goes on.  The Bispham Hotel haven't given up on the title and their chances took a big lift as they beat Normoss Newton Arms 6-2.  Frenchman's Cove beat Marshall Court 2-1 and they're in fourth.  In the big bottom of the table clash Hampton Social took the points after a 4-2 win aginst Old England.

Important! – Another important midweek semi final takes place on Wednesday night as Division 1 side Blackhurst Budd FC look to join fellow BFSFA side Reform Health Club FC in the final of this season's Lancashire Sunday Trophy. The game takes place at the ground of AFC Blackpool when the visitors will be Preston team New Farrington House FC (19-30 KO).

Action from Commonedge Road where Hampton Social FC (White) were hosting Old England FC in a Division 3 bottom of the table clash.  In the above picture (extremely rare footage) the Old England FC find the net thanks to a curling free kick from the number 11 that found the top corner. 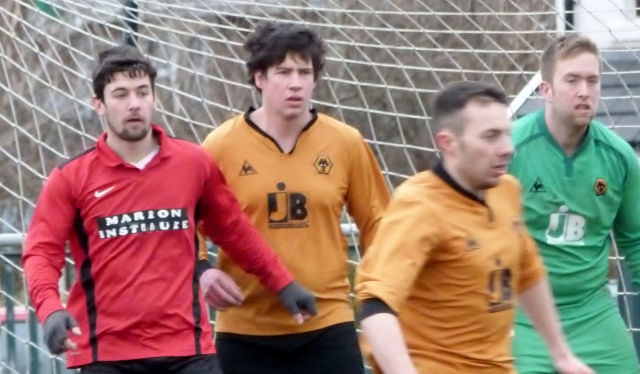 At Collins Park, Marton Institute FC (Red) were taking on strugglers Uncle Tom's Cabin FC.  A good game this one.

A meaty challenge puts his opponent up in the air 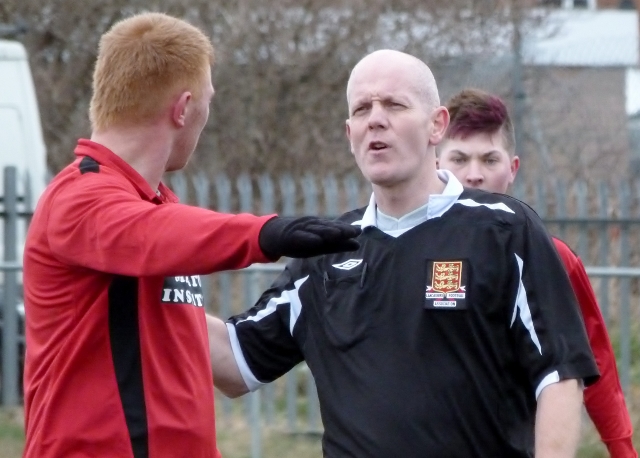 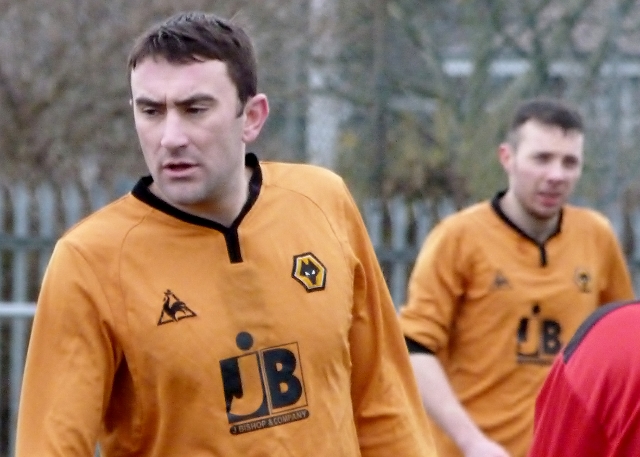 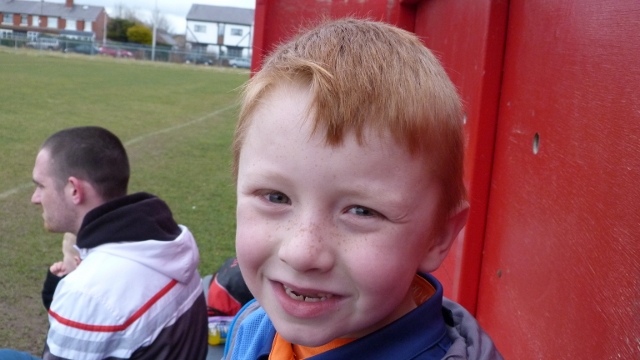 'Guess which one's my dad' 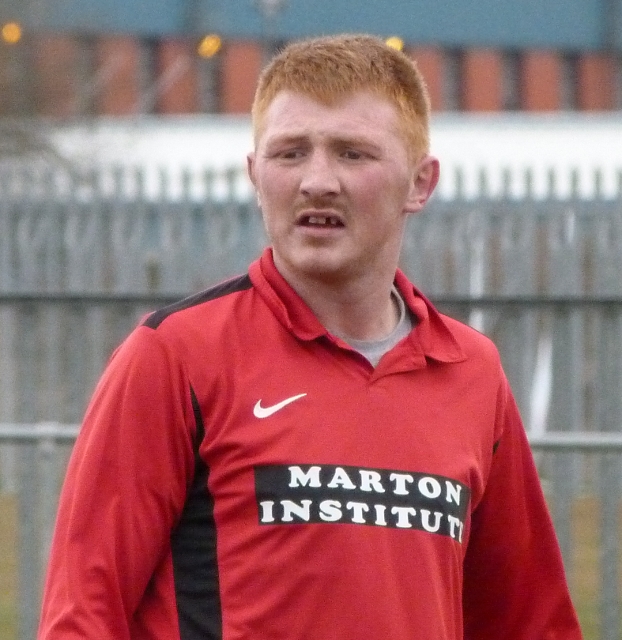 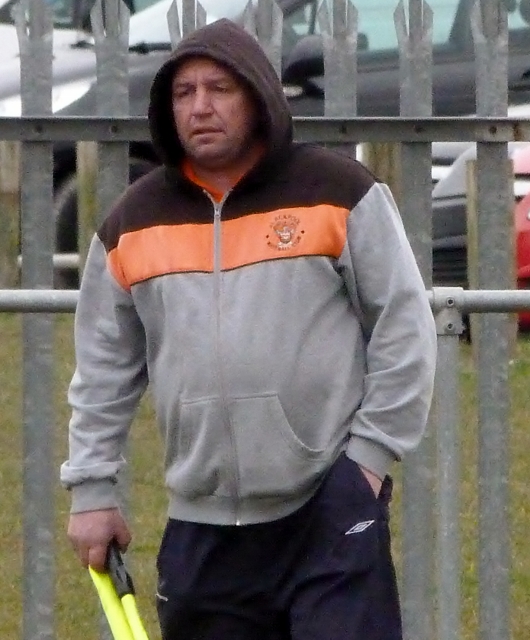 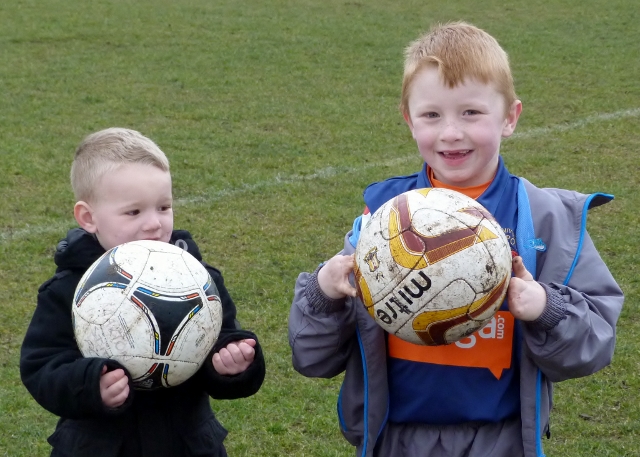 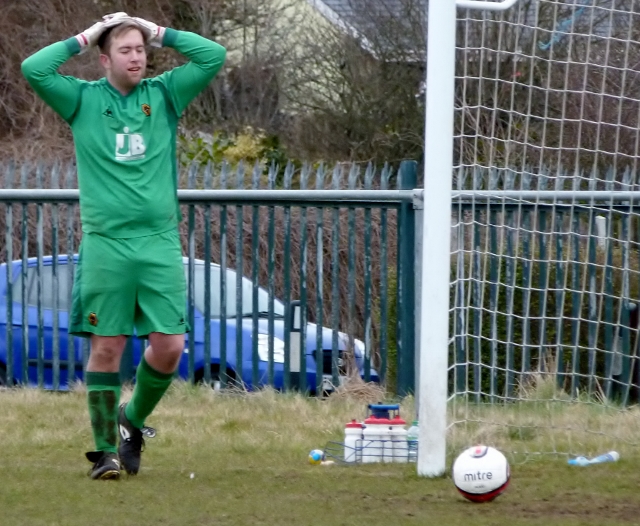 Tom's were going well but conceded a bad goal due to a lapse of concentration by the keeper. 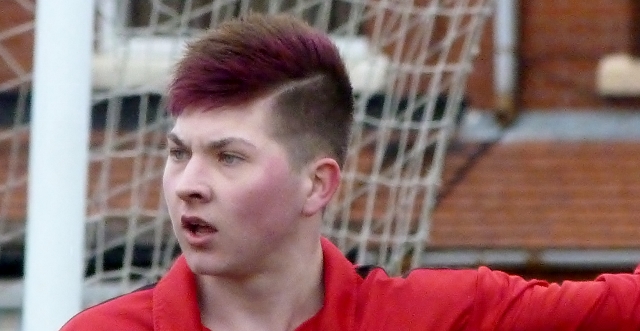 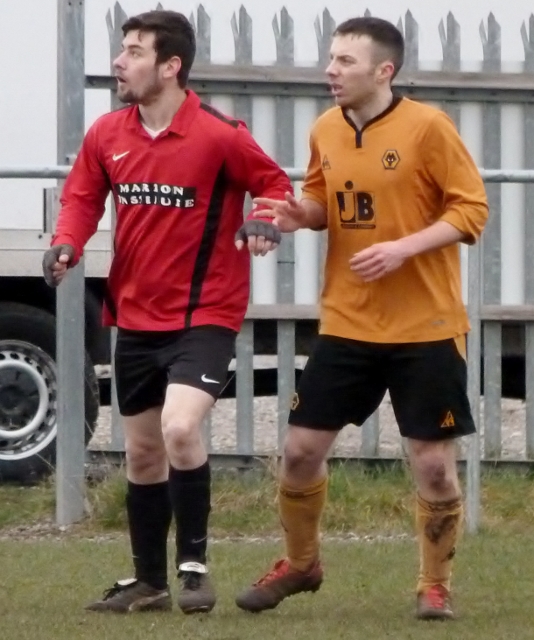 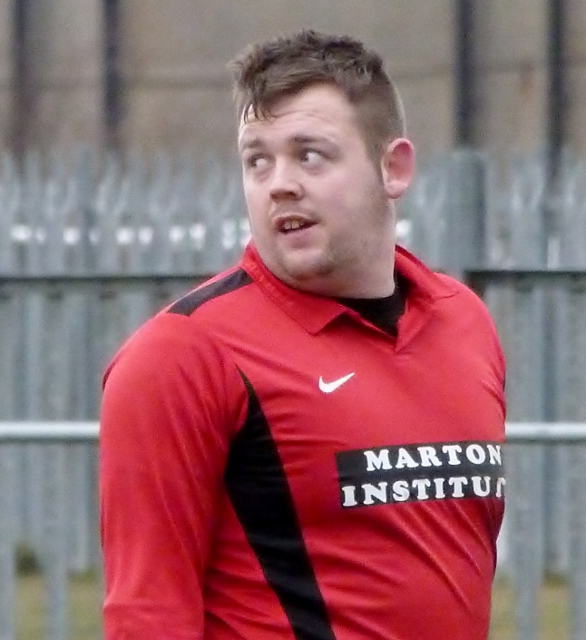 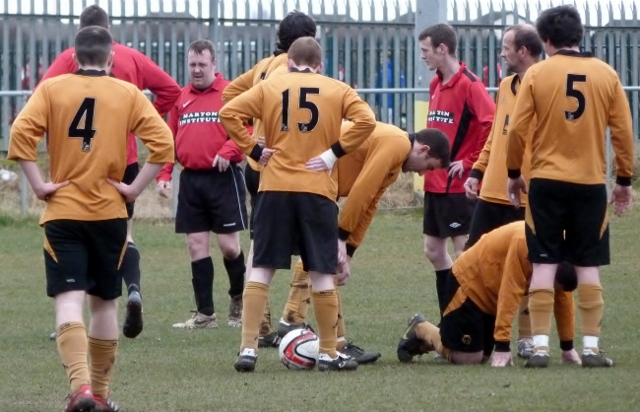 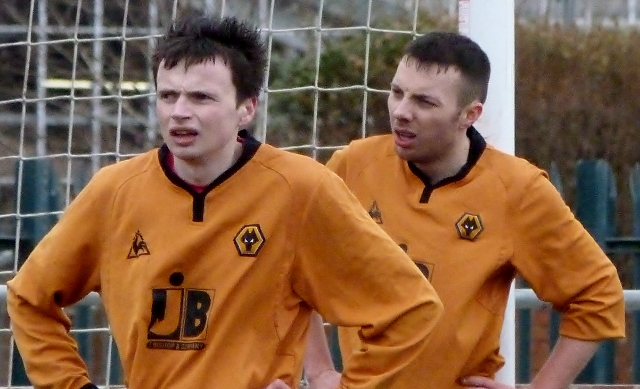 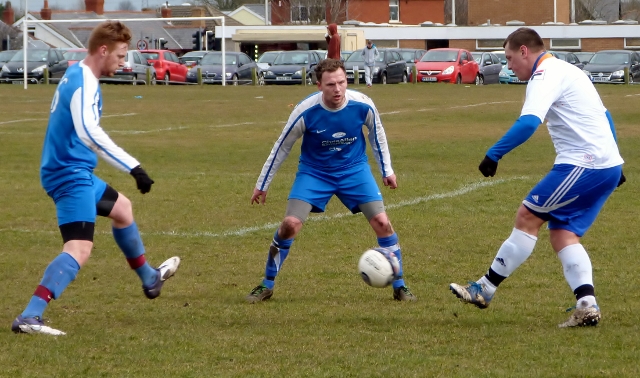 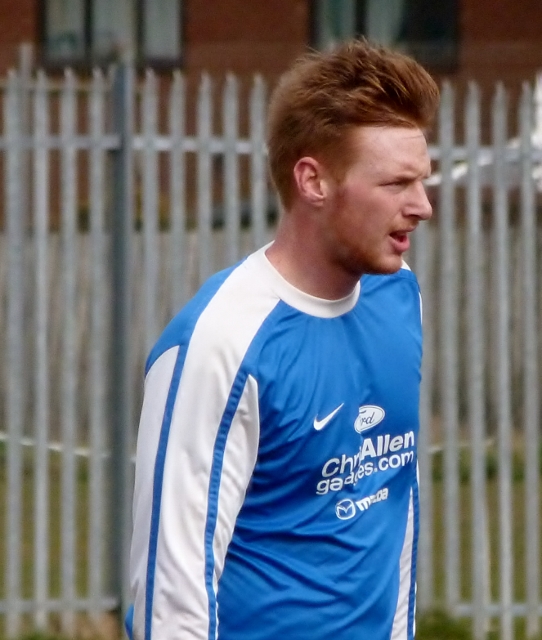 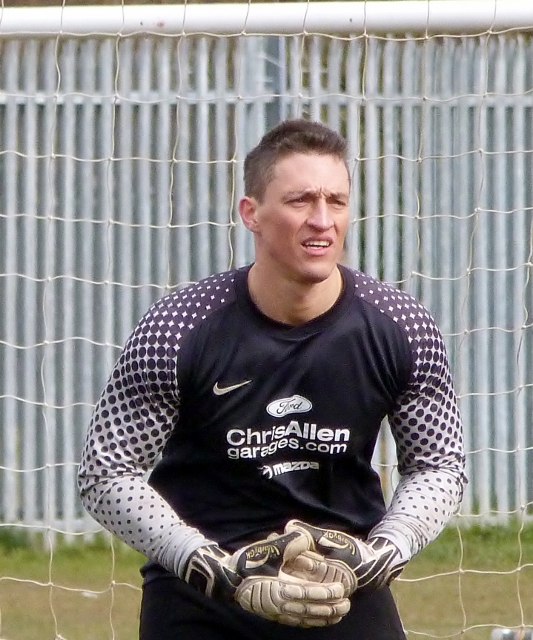 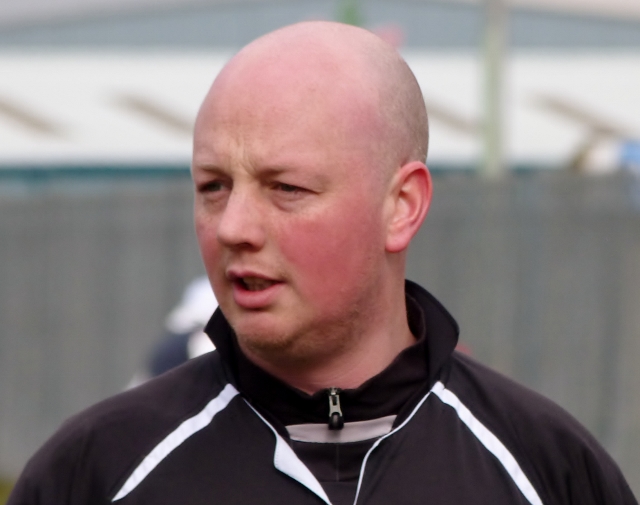 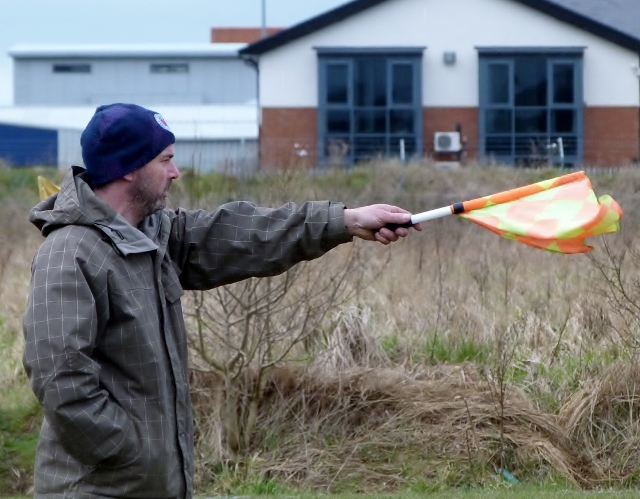 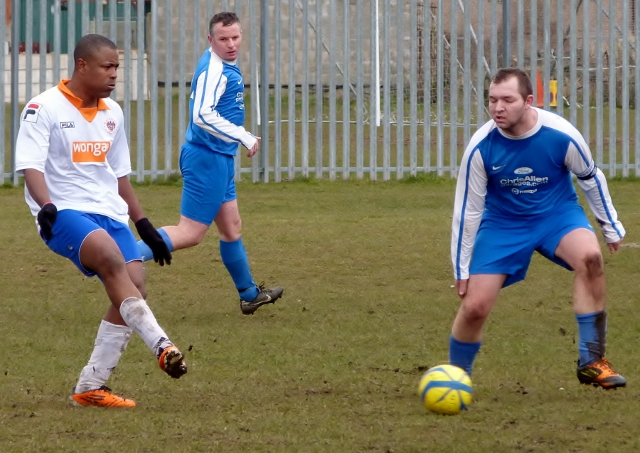 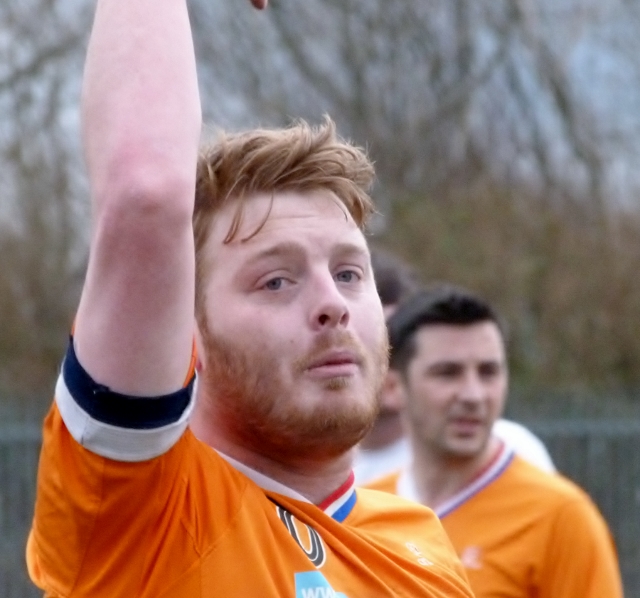 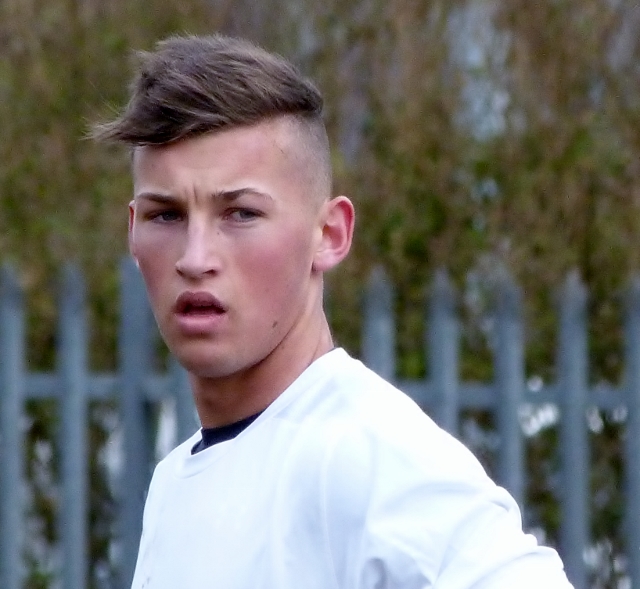 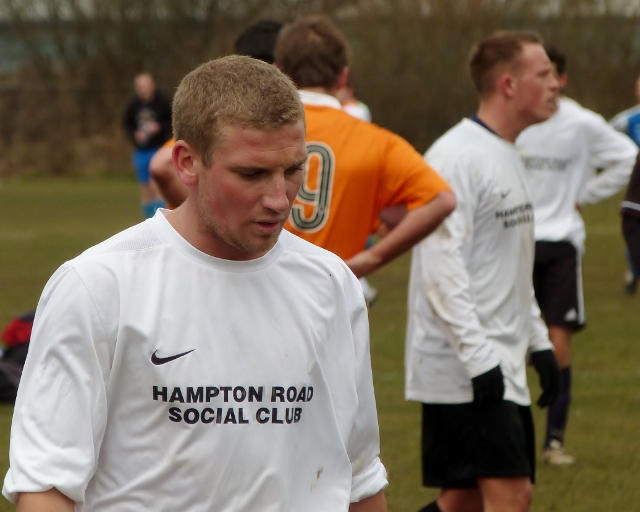 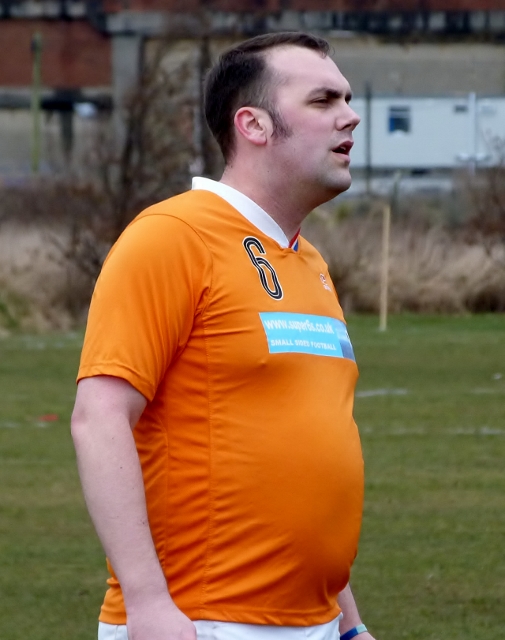 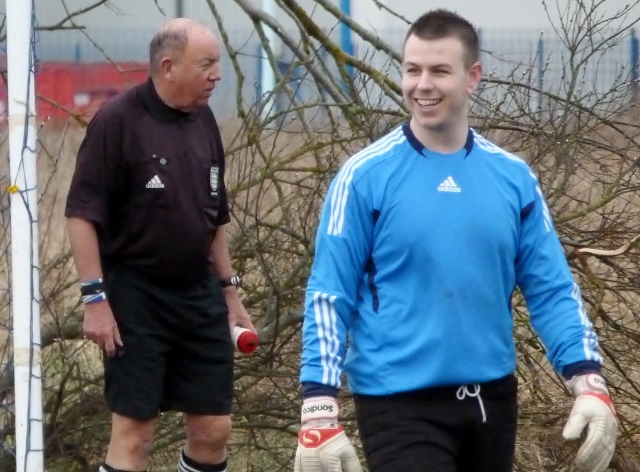 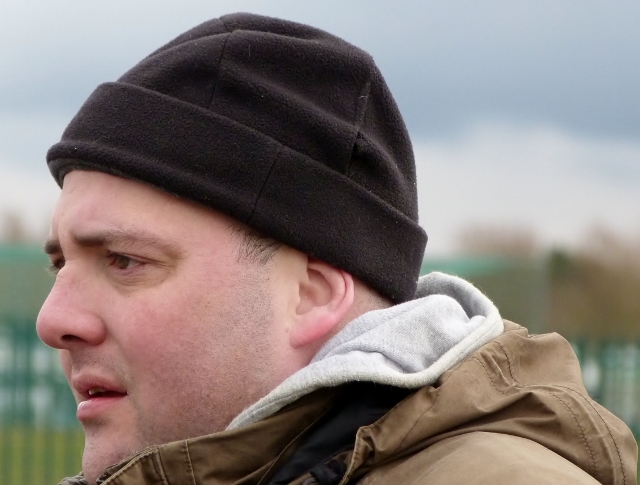 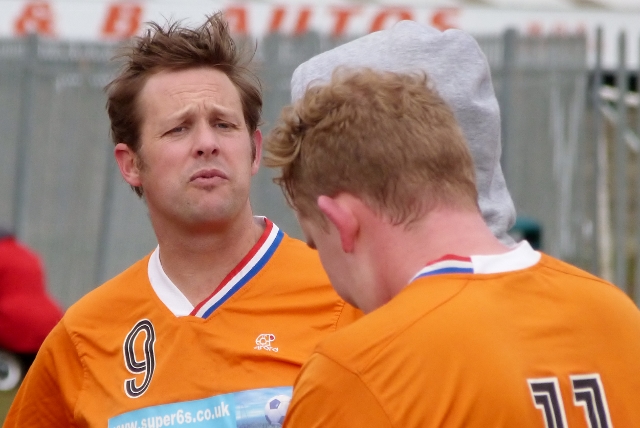 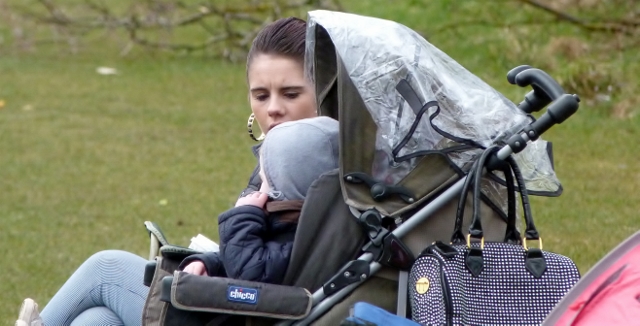 Sheltering from the chill wind