In the Prem/Division 1 Cup, Reform Health Club FC were beaten 2-1 in extra time by a hard working Sportsworld Media.  The Division 1 Club will face Poulton SFC in the semi finals after they beat Blackhurst Budd 4-2.  Northern Care Colts also reached the last four after a thumping 6-2 win against in-form Boars Head FC.  The Colts will face either AFC Additions or Mythop Leisure who play next week.  In the Division 4 Cup, Pump & Truncheon lost for the second time in a fortnight to rivals Wesham Town, 4-3 the scoreline.  In the semis, Wesham will face in-form Victoria FC who maintained their recent run of excellent form as they beat Fylde Coast Veterans 7-4 after extra time.  The other semi will be made up of Score FC who beat DH Gas 6-0 and Marton Athletic who put out Walkabout thanks to a 6-1 win.

There was only one game in the Premier Division this morning and that saw Revival Tattoos beat Blackpool Catholic Club 5-2 to go third in the league.  It was another interesting day in Division 1.  Bottom club CTK FC won 2-1 away at highflying Bathroom Solutions.  The top two played out a 2-2 draw as Golden Eagle finished all square against Wrea Green.  Chris Allen Garages beat the Saddle 4-1.

If they're not careful, Teamsport 90 FC will be playing Division 1 football next season.  The club reached its highest ever league position this morning as they reached the dizzy heights of top of Division 2 thanks to a 4-1 away win at Number Four Celtic.  Blue Room are also in good form of late.  They're in second this evening after they beat Xceptional Kitchens 7-4.  The Devonshire Arms are in third after they won 5-3 away at Marton Institute.  Northern Rags FC are still the favourites to win this Division as they have lots of games in hand.  Their 1-0 win against Fylde Coast Gates did their chances no harm at all.  Highfield Social are also on the up.  They beat Mereside 2-1 whilst FC Rangers beat bottom Club Uncle Toms 2-0.

In one of the results of the day, Clifton Rangers hammered Division 3 leaders FC Kingsfield 5-0.  Their rivals took advantage.  In the big derby, Wesham beat Kirkham Con Club to stay in second whilst the Bispham Hotel won 6-1 away at Hampton Social to go third.  Normoss Newton were surprisingly held to a 2-2 draw by Marshall Court.  Athletico Excelsior won 2-1 away at Frenchman's Cove.  In Division 4, the Dutton Arms kept in touch with the leading pack as they beat the Highlands 7-3 and finally JJ Property Services held Fire & Ice FC to a 1-1 draw. 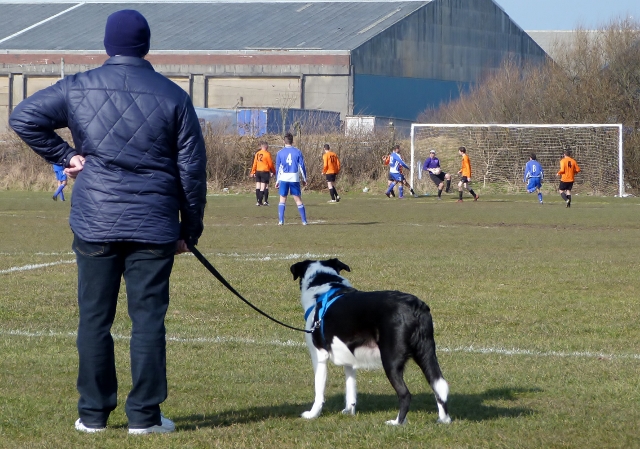 Action from Commonedge Road where we had Divisional Cup action as well as a league programme.  In the above picture, the Reform Health Club (Blue) were at home to Sportsworld Media in the Prem/Div 1 Cup. (More pictures below). 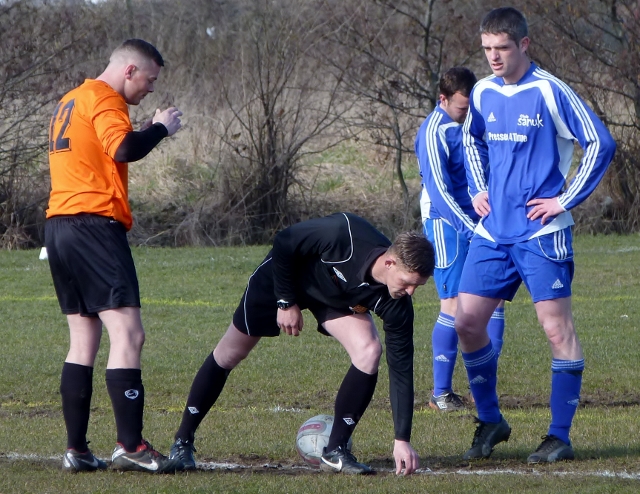 The supporters are sat in their seats ready for kick off 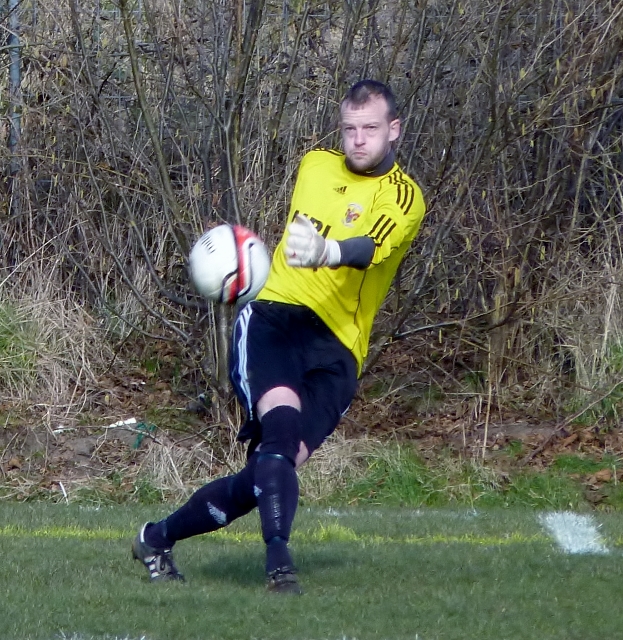 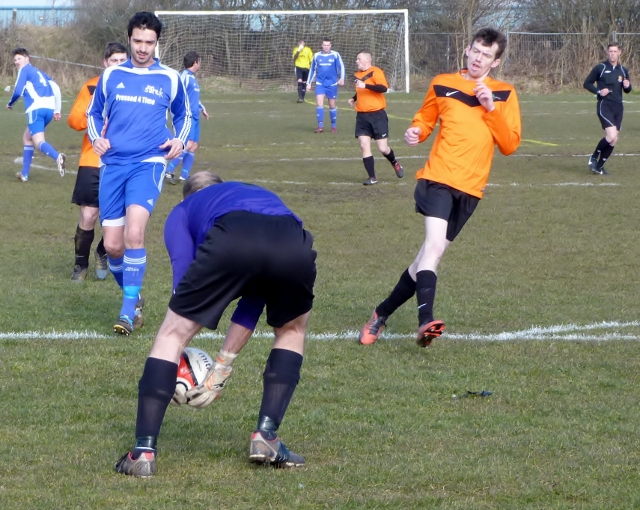 The ball runs through safely to Sportsworld's keeper Kevin Kennerley 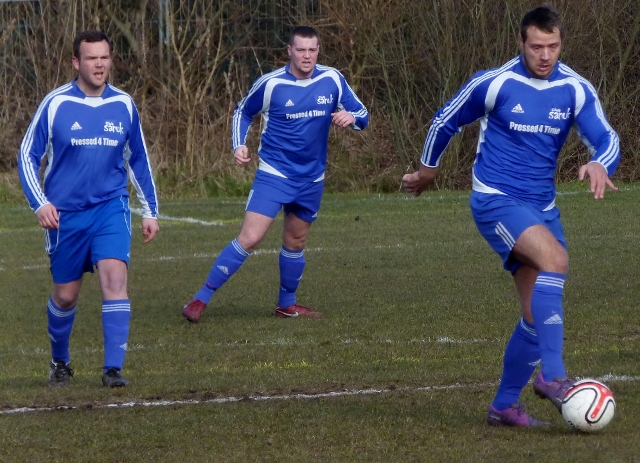 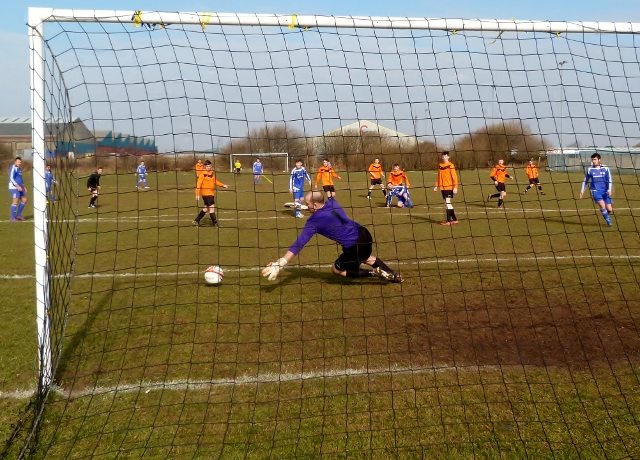 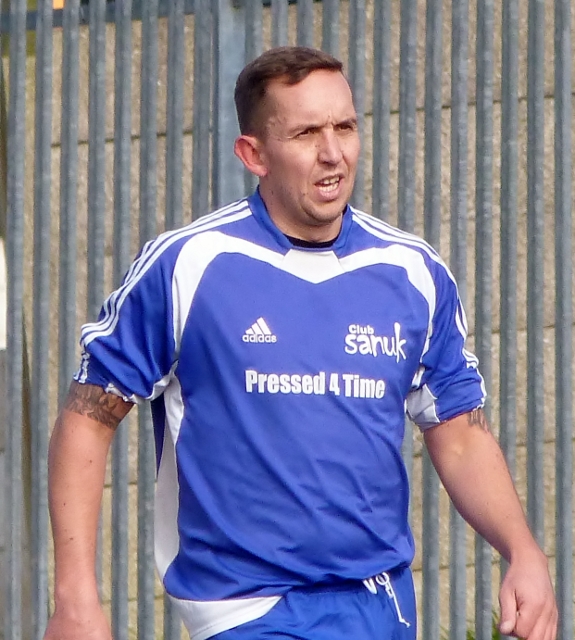 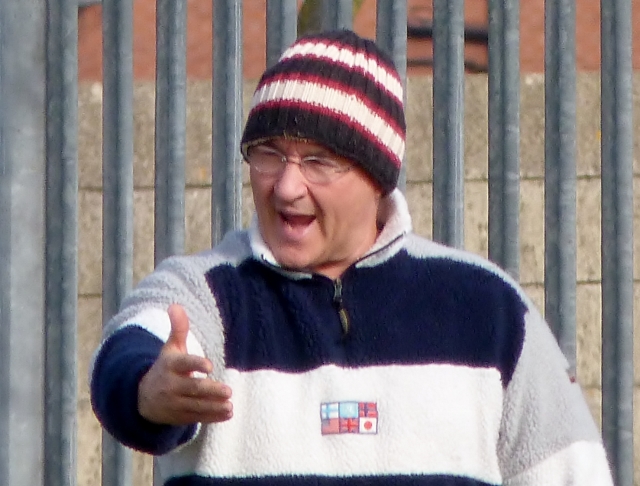 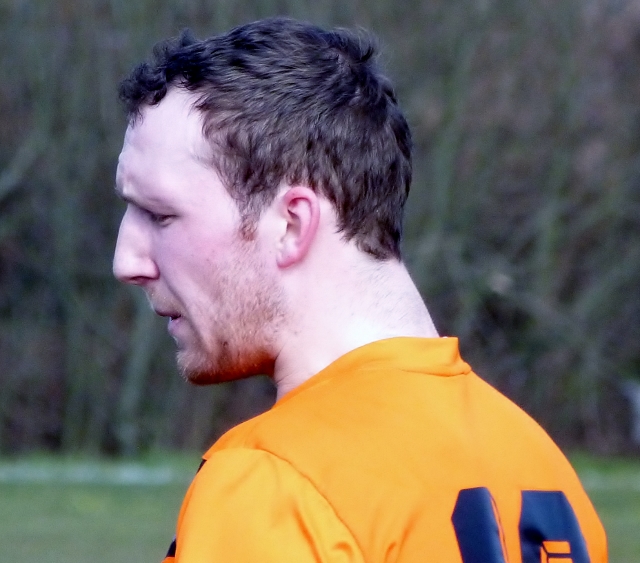 The duties of the assistant manager are wide and varied.  Tony Wood scouring the tangled undergrowth for an errant ball 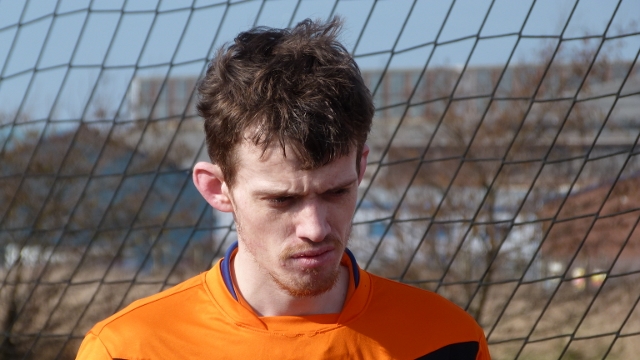 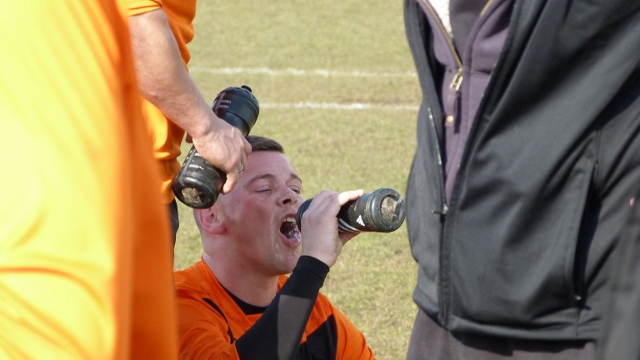 Hampton Social were struggling at home to the Bispham Hotel.  In the above picture the Hampton keeper was sent the wrong way by a shot at the far post 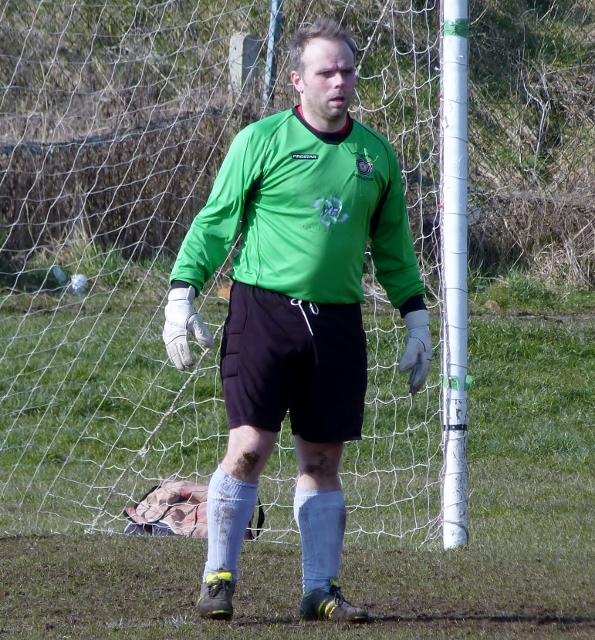 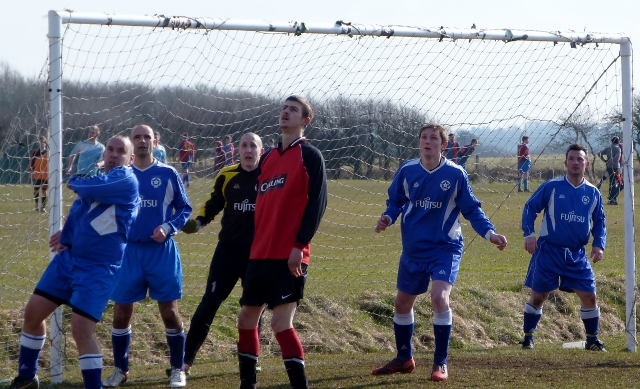 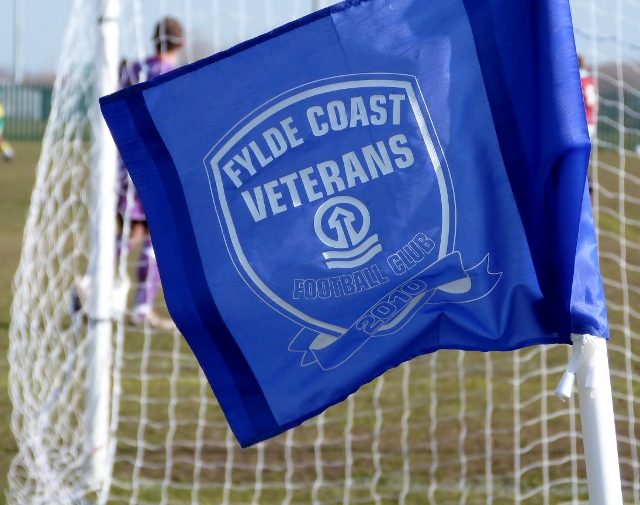 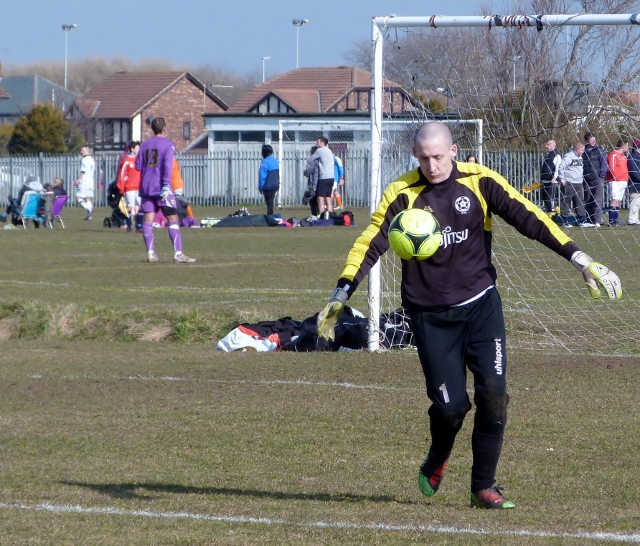 The Victoria keeper keeps the Vets at bay 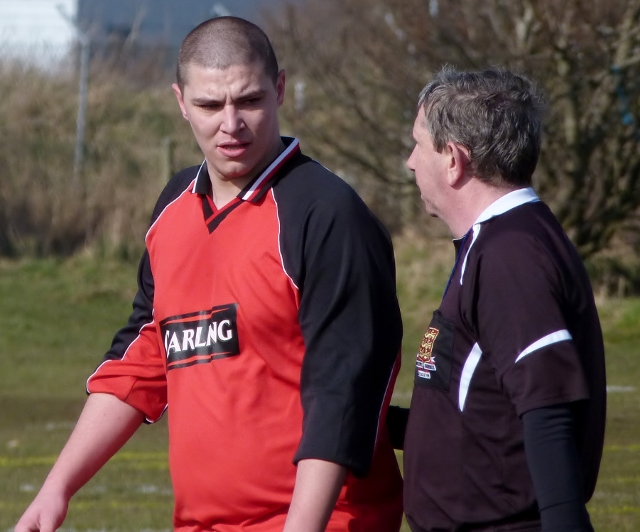 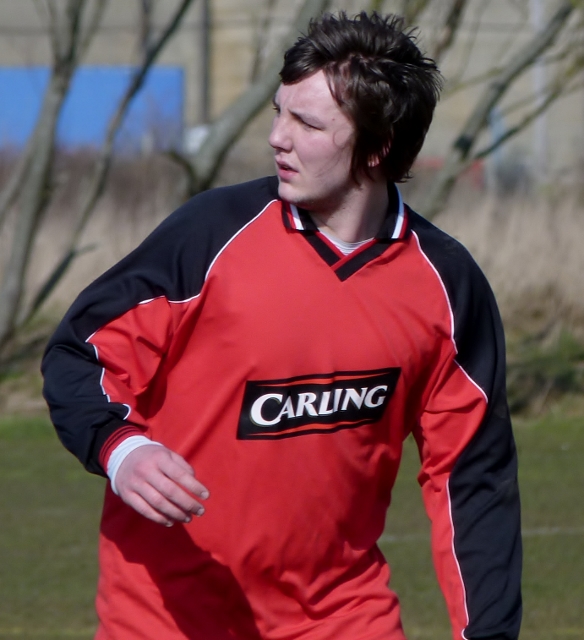 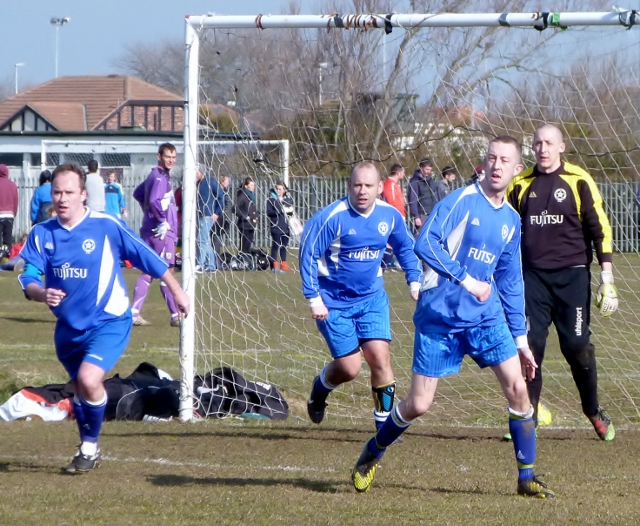 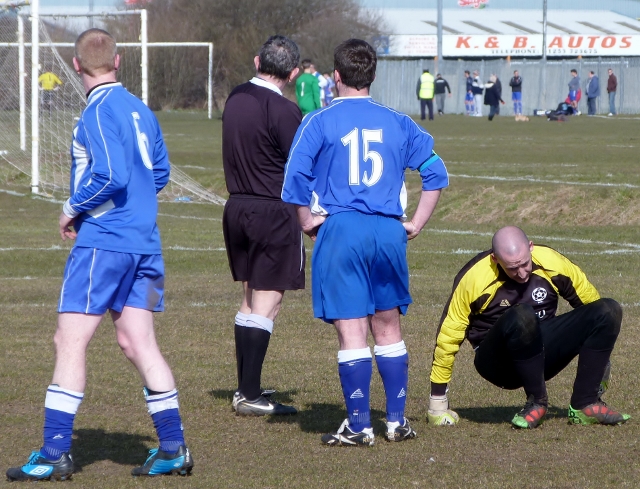 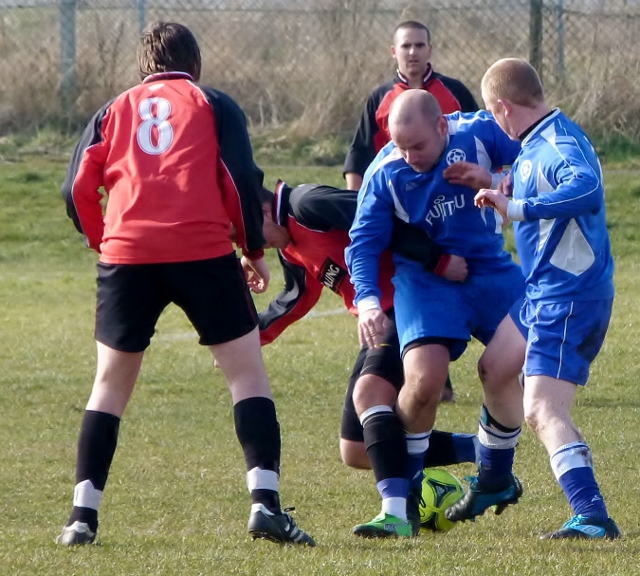 A good tussle for the ball 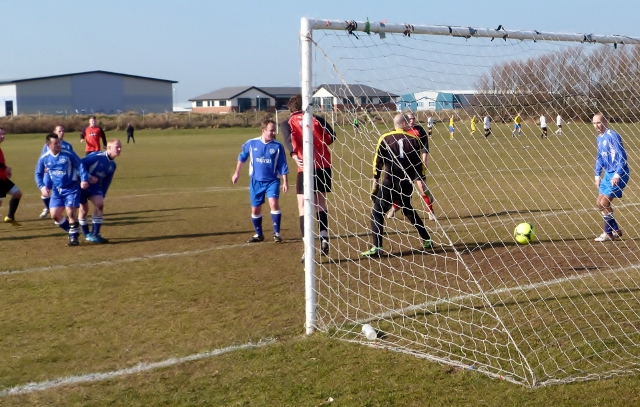 Back to Marton v Walkabout 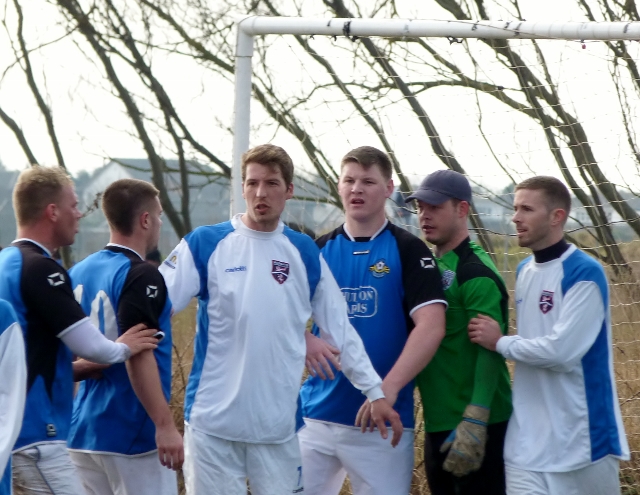 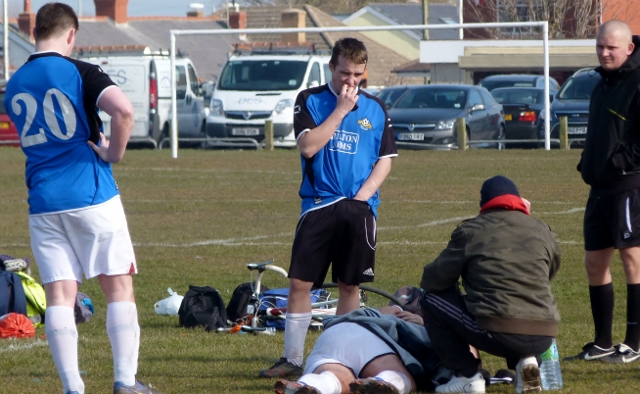 Fire & Ice man down – 'His knee popped out' apparantly 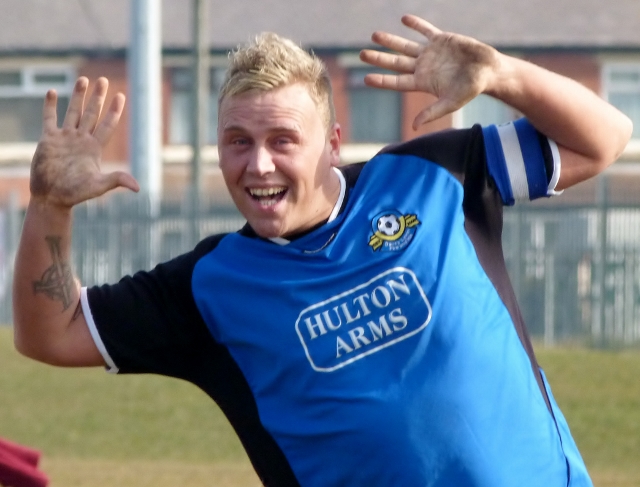 Flashpoint in the DH Gas match.  Red card for retaliation – he wasn't happy 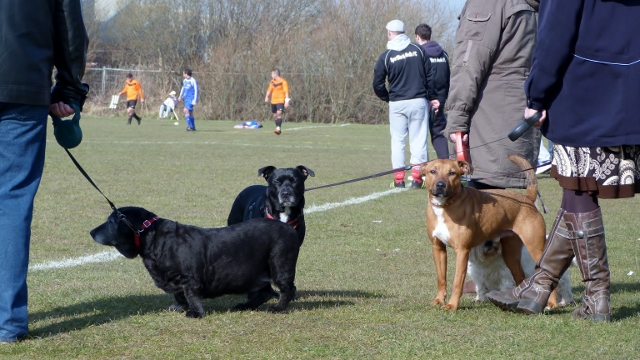 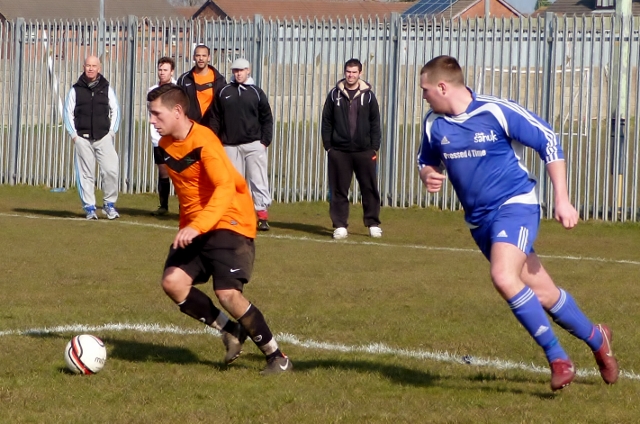 Wayne Gardiner – always a threat.  The Reform game went into extra time but it was the Division 1 side that reached the semis thanks to a famous 2-1 victory. 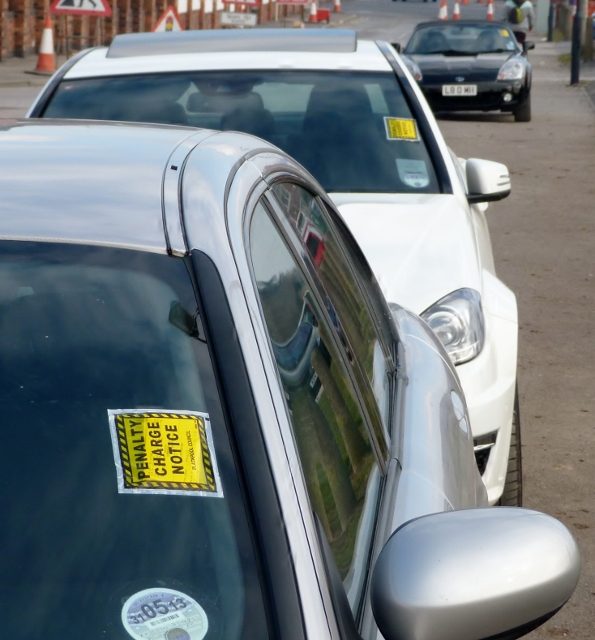