The last semi final place was secured in this season's Gledhill Cup as in-form Northern Care Colts FC beat Division 3 side Frenchman's Cove 7-0.  There was another big win in the Prem/Division 1 Cup when Poulton beat Saddle FC 8-0.  It was Round 2 of the Division 2/3 Cup this morning.  There were wins for Devonshire Arms, Northern Rags, Highfield Social, Hampton Social who pulled off the Cup result of the day by beating Kingsfield 1-0 and Teamsport 90 FC who put ten past Metrostars without reply.  In the Prem, Additions went four points clear at the top after beating Blackpool Catholic Club 7-1.  Elsewhere Revival Tattoos beat Bloomfield Vets 6-2.  Only one game survived the weather in Division 1 and that allowed Golden Eagle to close the gap on Wrea Green thanks to a 4-0 win against 21st Century Windows.  In Division 2, the top four were all involved in Cup action.  Mereside went fifth after beating Hansom Cab 5-1.  In Division 3, Wesham beat Athletico Excelsior 2-0 whilst Marshall Court beat Kirkham Con Club 3-1.  In Division 4, Score FC went top following their comprehensive 9-2 win against DH Gas.  In one of the results of the day, new boys Highlands FC beat Walkabout 4-2. 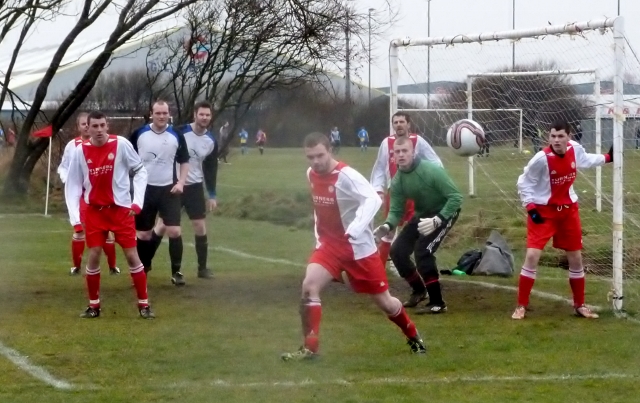 Action from Commonedge Road gloom where once again, the weather made it difficult for the Fyldesport camera.  Division 2/3 Cup action between Highfield Social (Red) and Xceptional Kitchens FC. 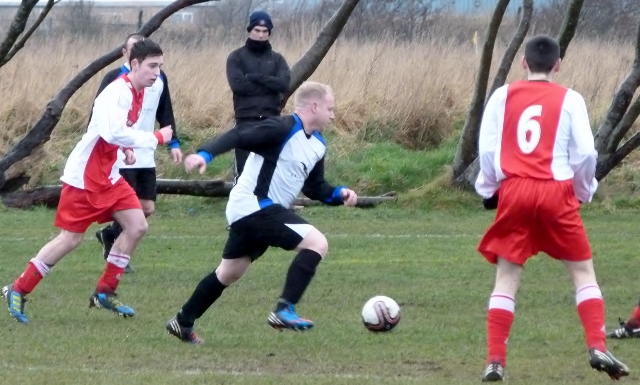 Highfield Social (Red) v Xceptional Kitchens in the Div 2/3 Cup.  The Kitchens were glad to be back in action after a weather enforced break of eight weeks. 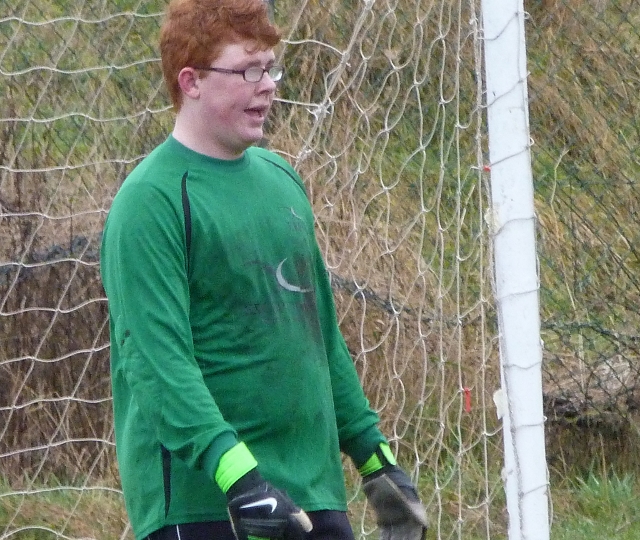 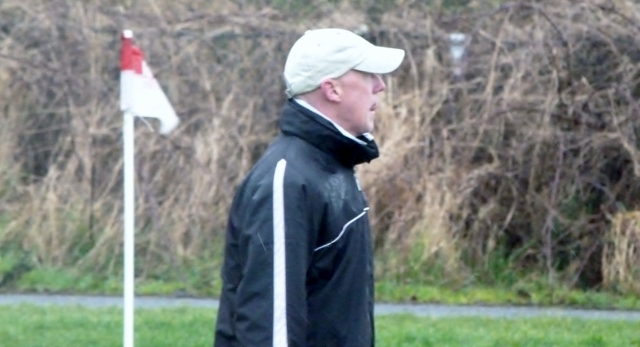 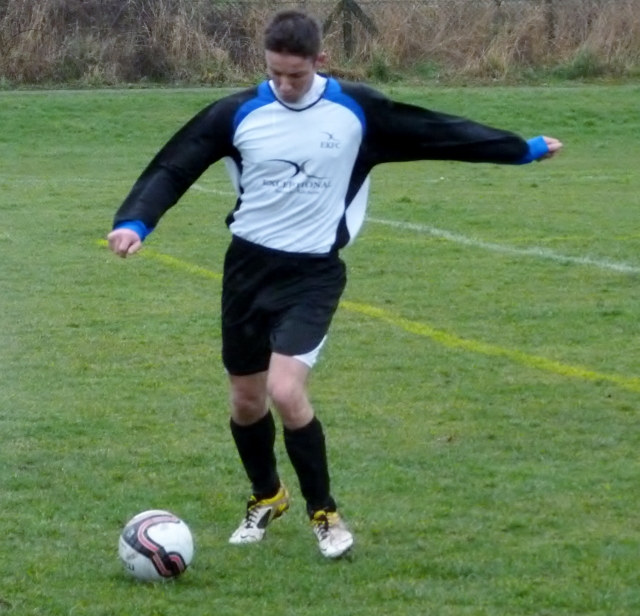 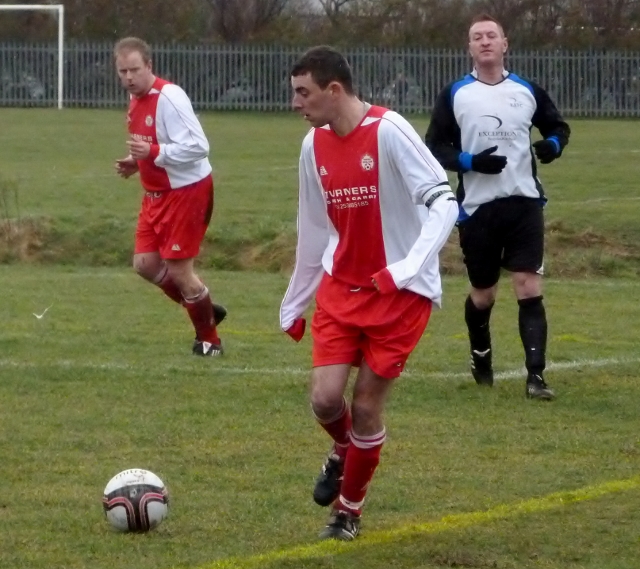 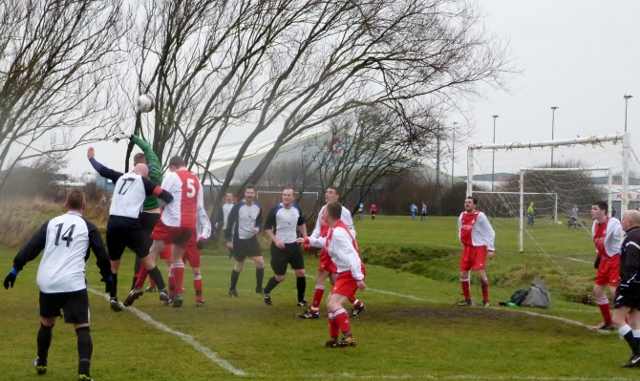 The build up to the opening goal scored by Xceptional Kitchens

Cut inside and shot 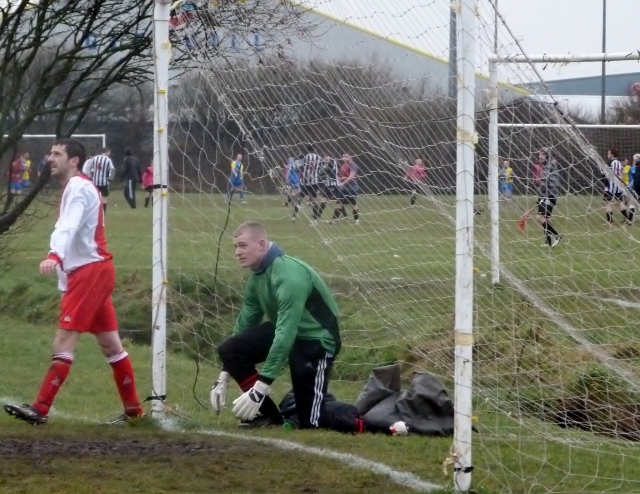 Keeper parried but it was nodded home 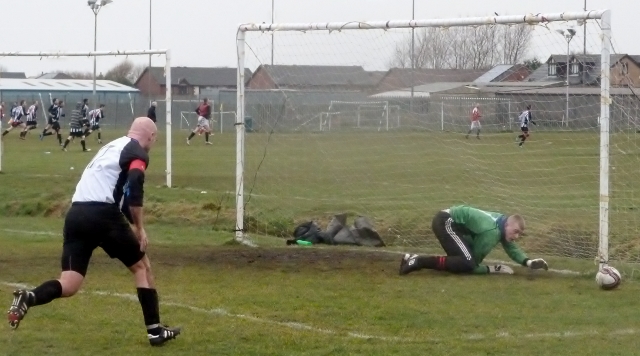 Good save and had to scramble before the XK player pounced 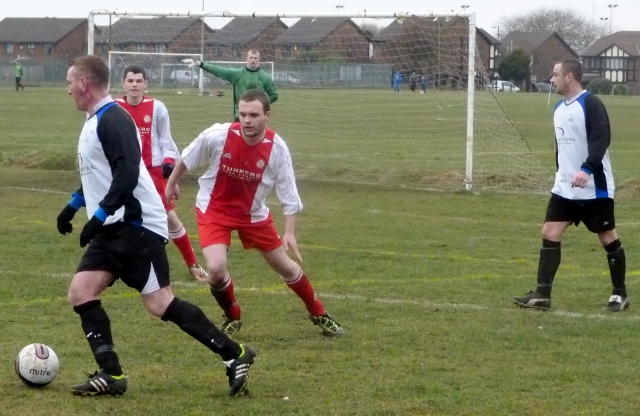 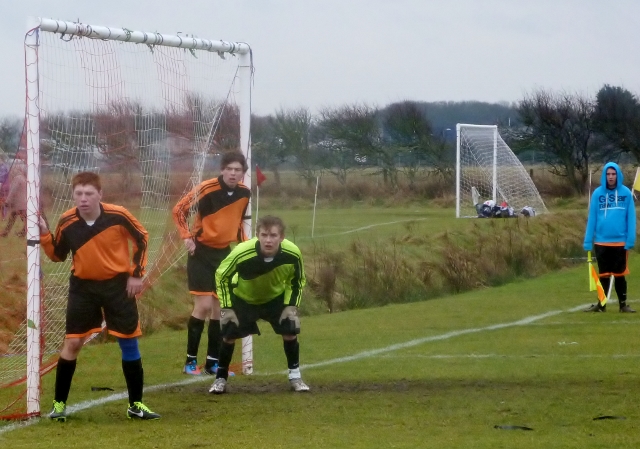 Highlands FC (Orange and black) away at Walkabout FC

Cleared off the line 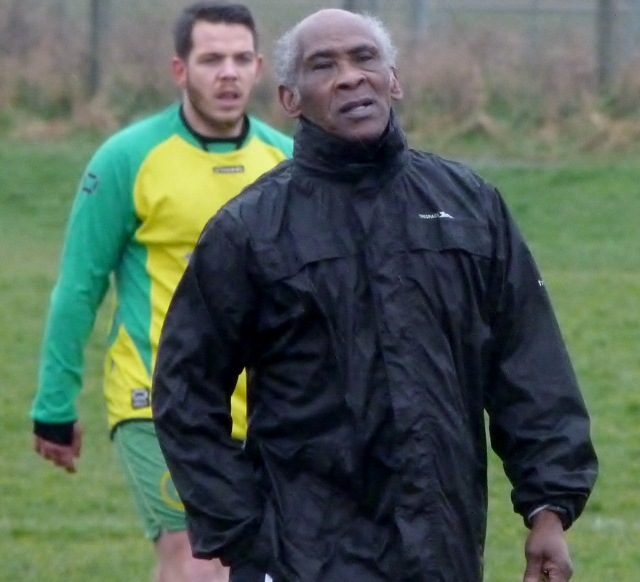 Score FC (White) away at DH Gas FC.  A good game this one early doors before Score FC stamped their authority on the game before going on to win 9-2.

DH Gas FC under pressure at 2-2 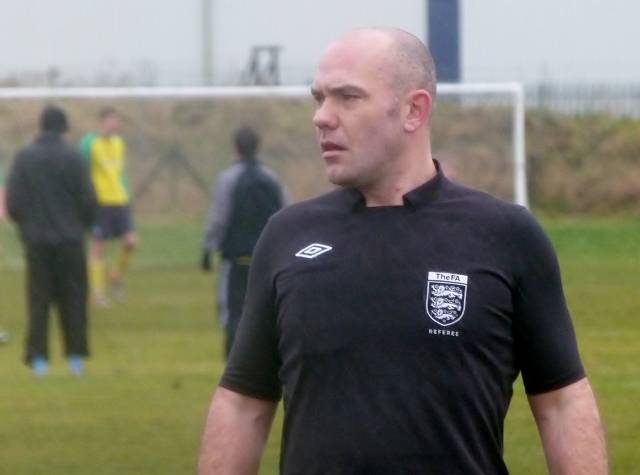 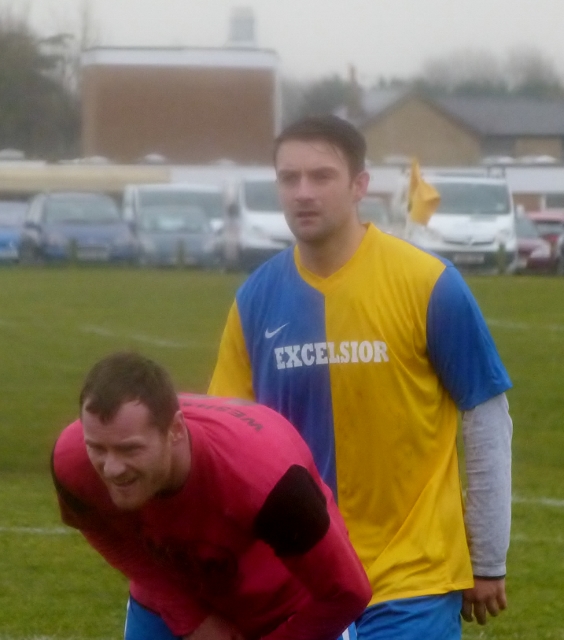 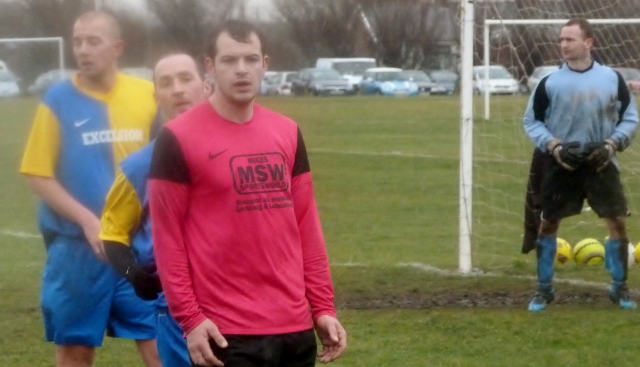 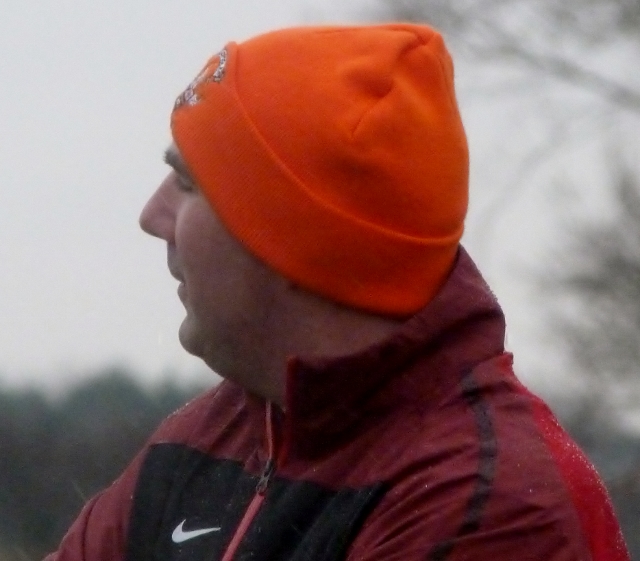 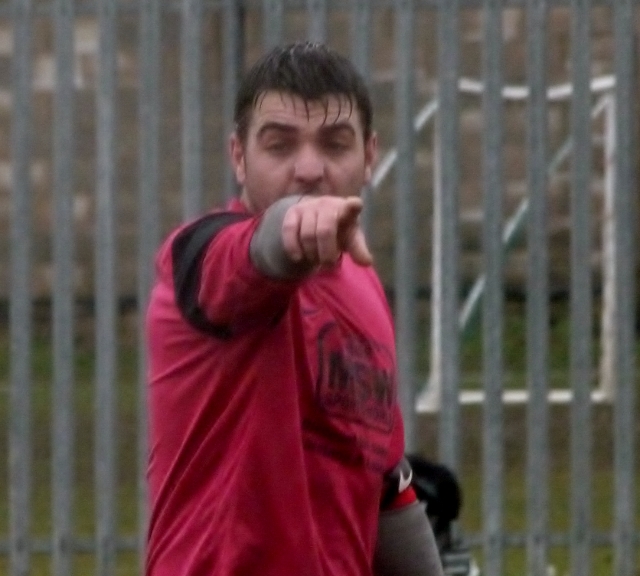 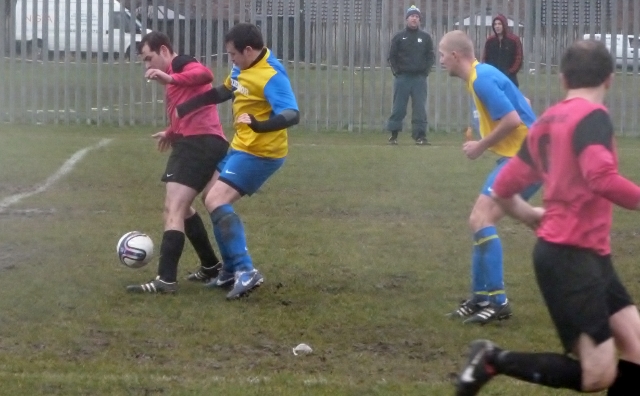 Catholic Club v AFC Additions (This time in the league) 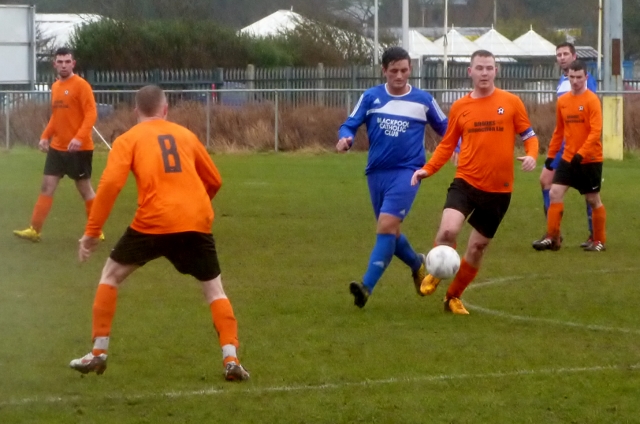 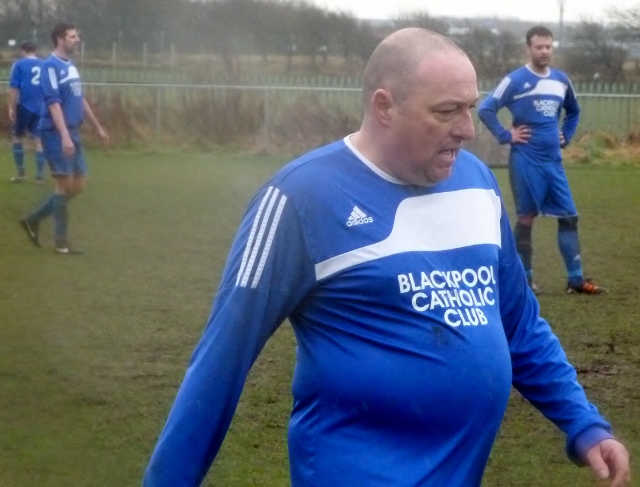 Right back puffing and panting a little 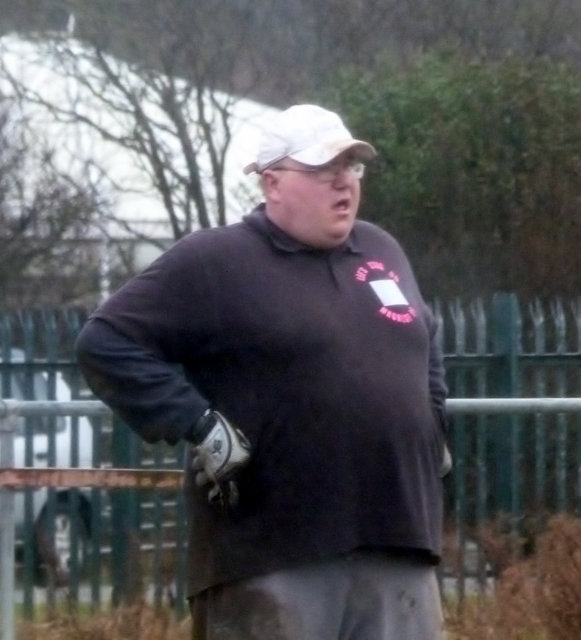 This morning's stand in keeper for the Catholics – big lad