In the Gledhill Cup Poulton SFC beat Clifton Rangers 6-0 to progress through to the next round.  In the Division 2/3 Cup replay, Fylde Coast Gates of Division 2 were knocked out by Kirkham Con Club FC of Division 3 5-4.  There was one game in the Premier Division where Blackpool Catholic Club beat Bloomfield Vets 3-1.  Things continue to shape up nicely in Division 1.  Leaders Wrea Green beat Bathroom Solutions 3-2 at Squires Gate.  Sportsworld Media are well placed in third with games in hand after they won 4-0 this morning against 21st Century Windows.  Blackhurst Budd are fifth after they beat Chris Allen Garages 5-2.  In Division 2, FC Rangers closed the gap on Fylde Coast Gates after they won 2-0 against Uncle Tom's Cabin.  The Devonshire Arms are a place behind after a 2-1 win away at Mereside.  There were also good wins for Northern Rags, Station Tavern and Teamsport 90 FC.  Last week in Division 3 Metrostars beat Athletico Excelsior 3-1 but in this morning's reverse fixture Athletico took revenge with a 9-3 victory.  FC Kingsfield returned to the top of Division 3 following a 2-0 win against Hampton Road Social whilst Bispham Hotel beat neighbours Old England 7-2.  Pump & Truncheon's 1-0 win against Layton puts them at the top of Division 4 as Score FC were held to a 1-1 draw by Walkabout.  Wesham Town were also held to a goalless draw by DH Gas.  There were also wins for Fire & Ice, Marton Athletic, Fylde Coast Veterans and FC Victoria. 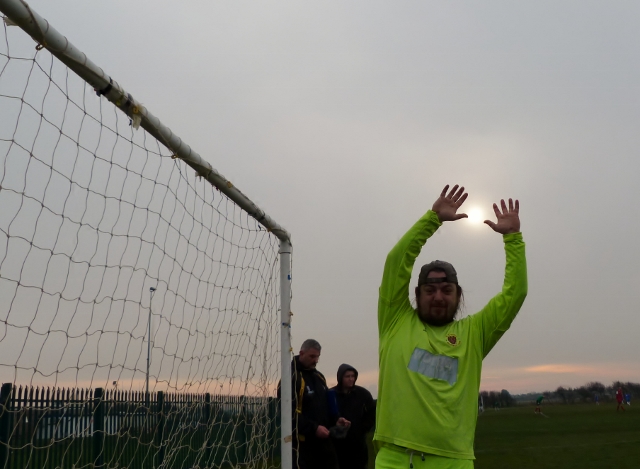 'Here comes the sun'…..finally and just in time for the pitches at Commonedge Road to thaw out the overnight frost.  Clifton Rangers FC keeper 'Monty' was glad of its arrival. 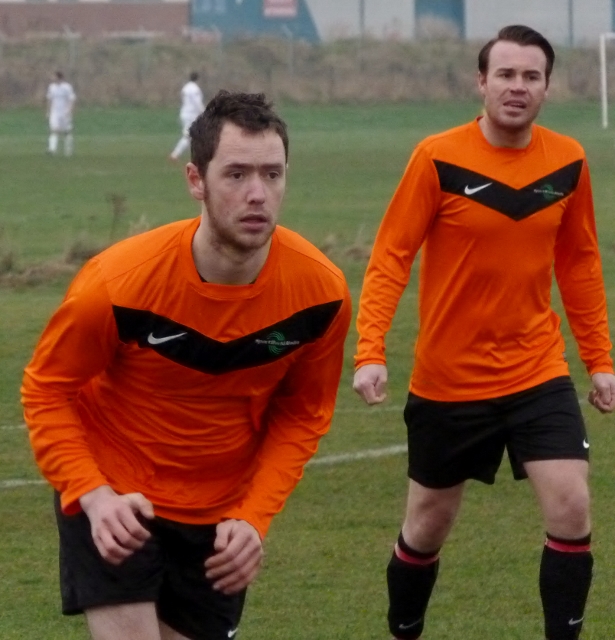 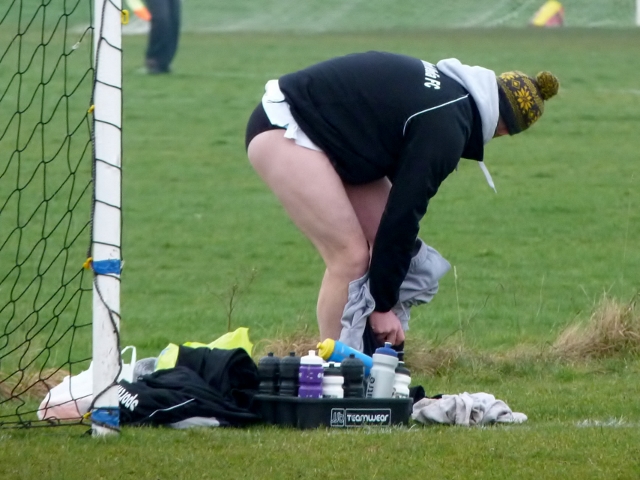 A chilly experience for the Sportsworld late arrival 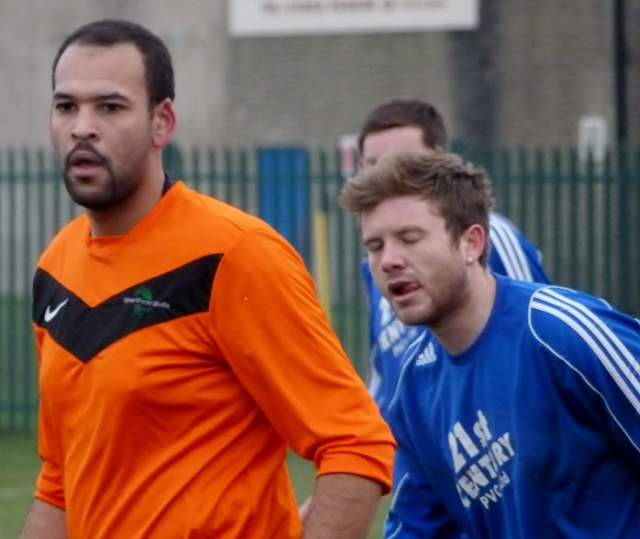 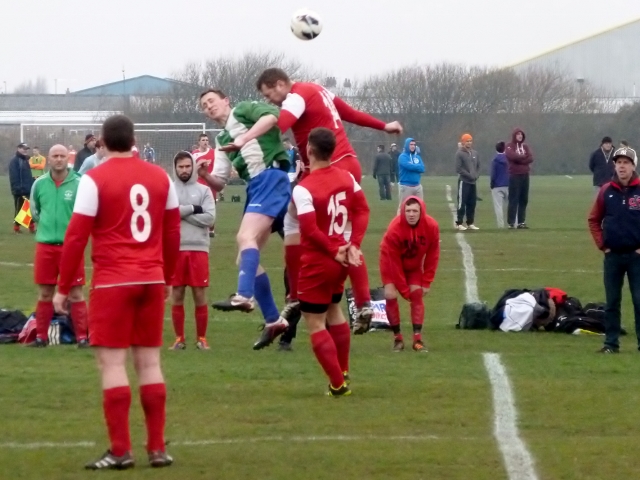 Referee Underwood having a rare Sunday Morning off. 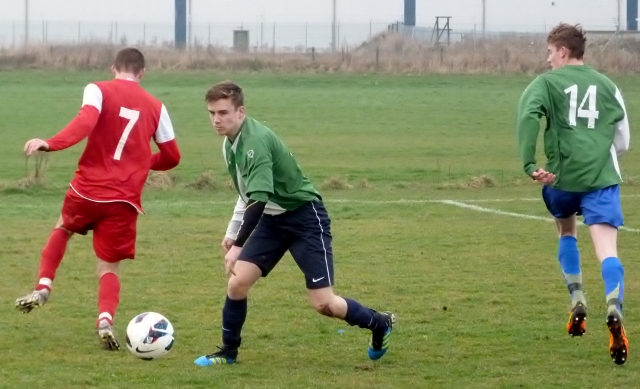 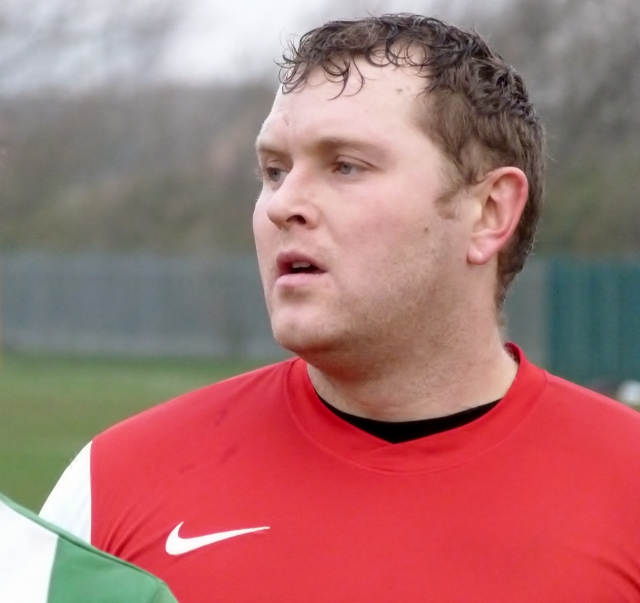 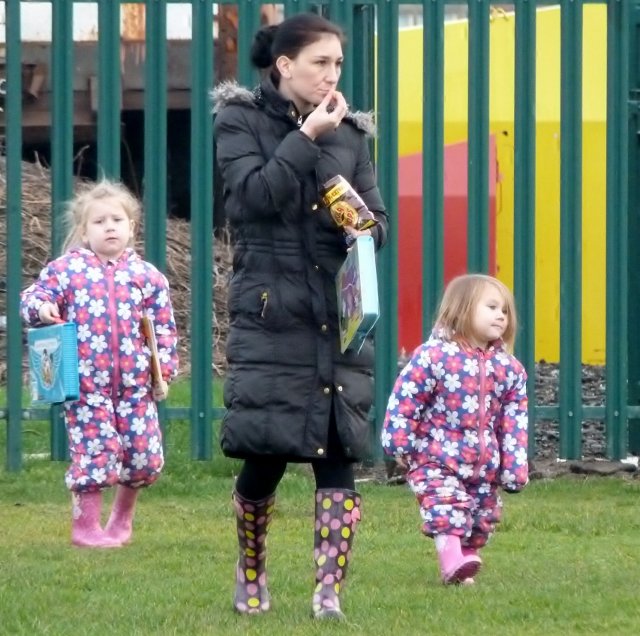 'Come on you two, where's your father?' 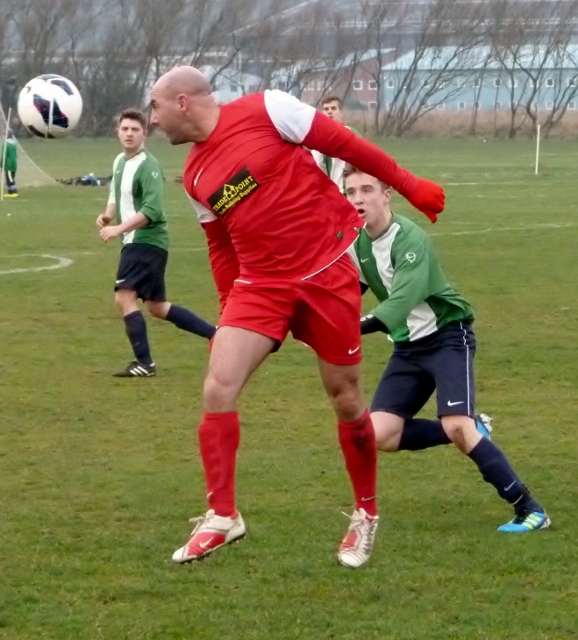 Simon Oswell with his eye on the ball 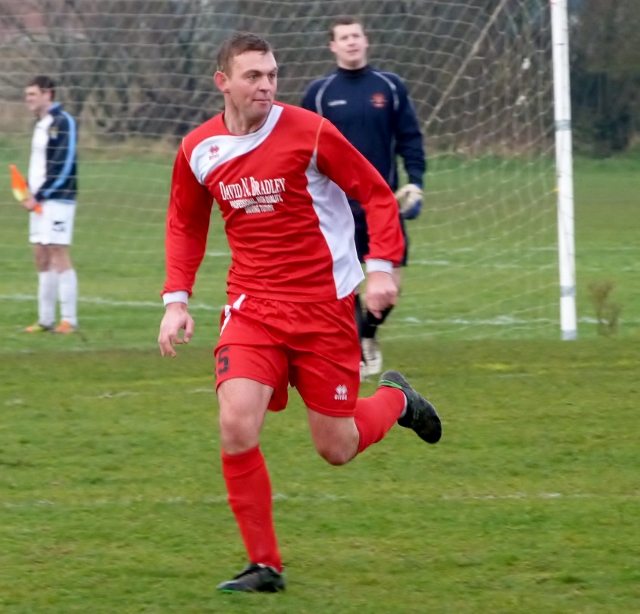 Clifton Rangers versus Poulton SFC (Red) in the Gledhill Cup 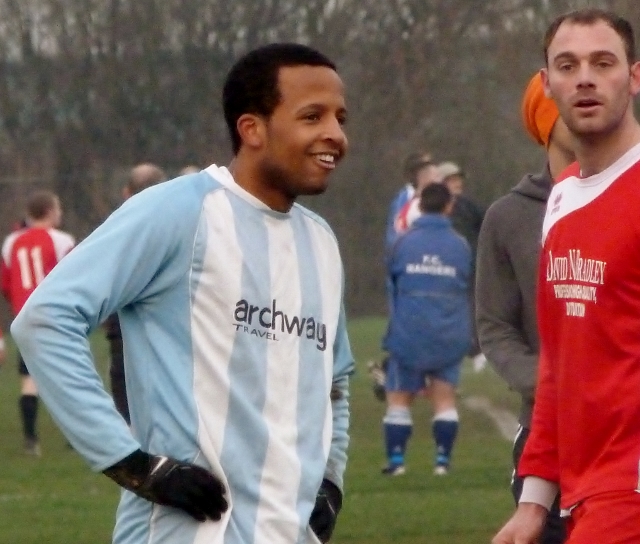 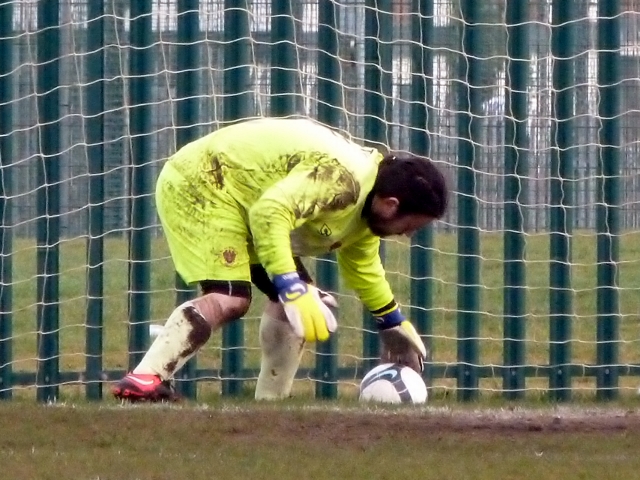 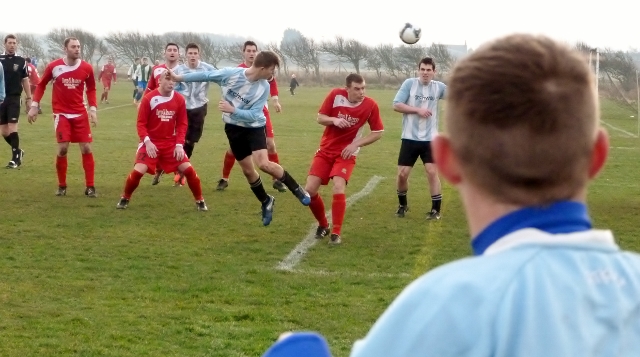 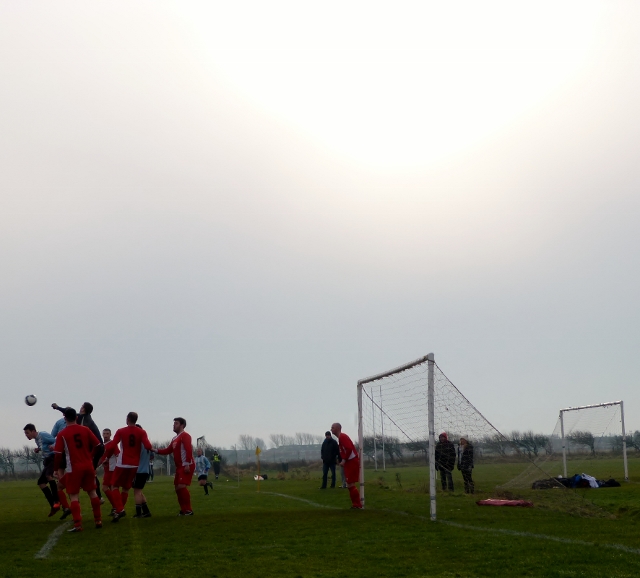 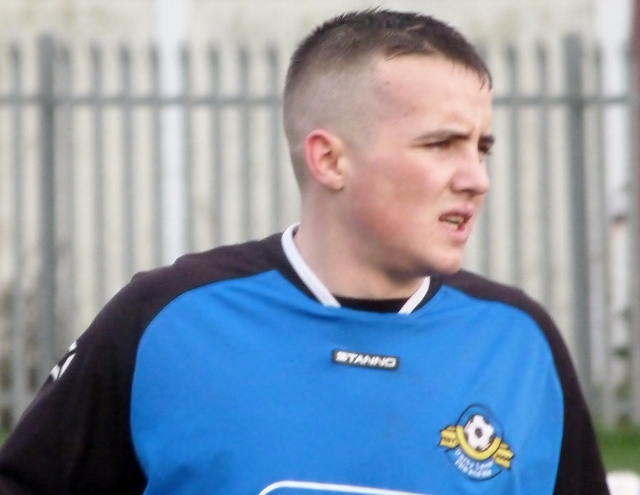 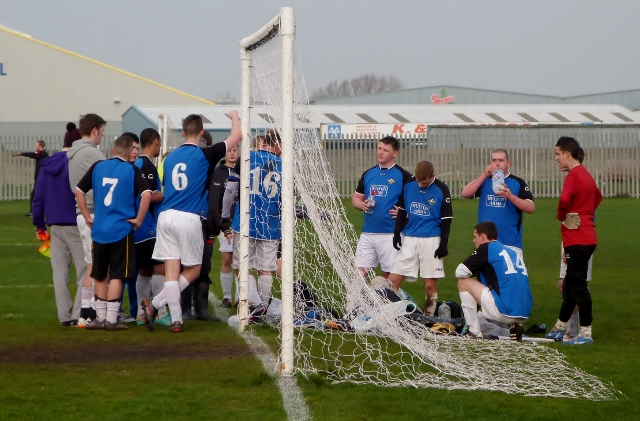 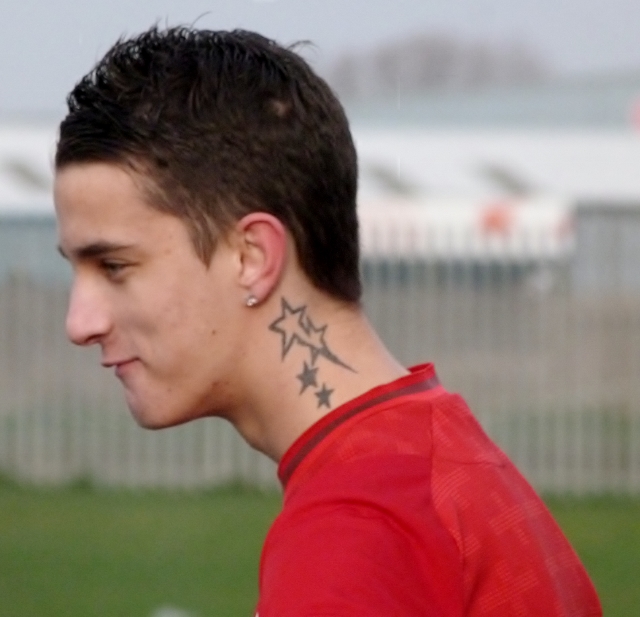 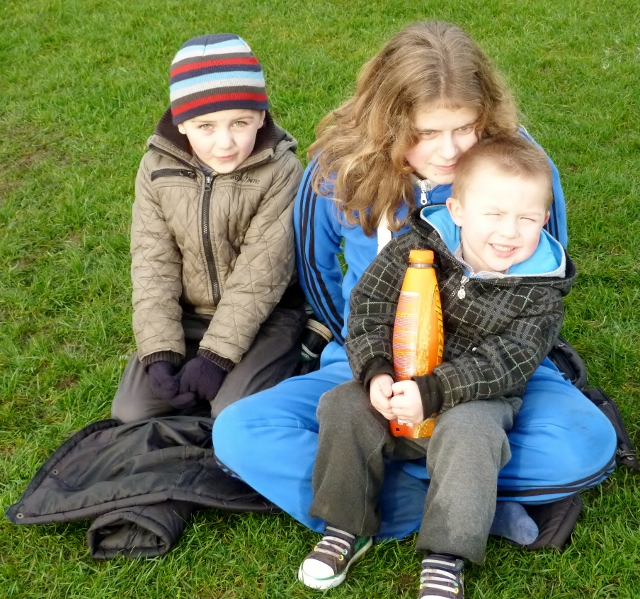 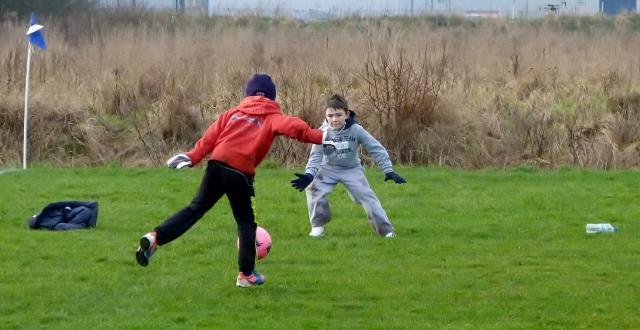 Read it well, went the right way and saved it

Referee John Hornsby warming his hands at half time 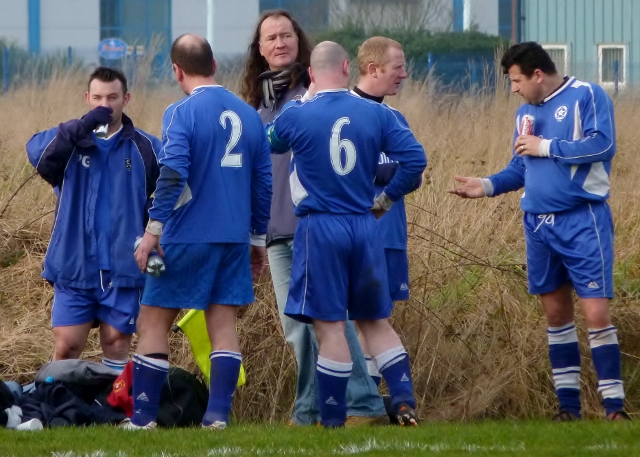 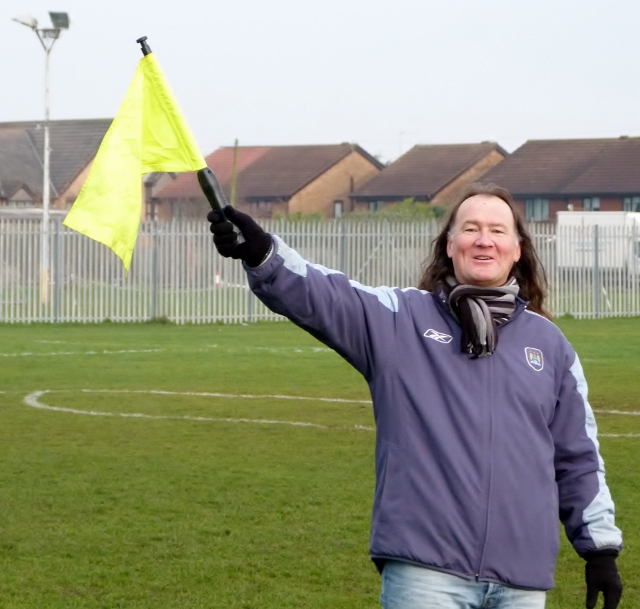 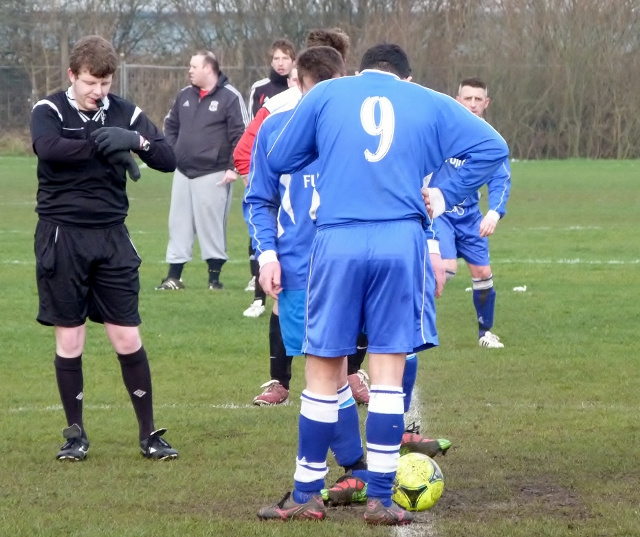 Referee Adam Bensurti gets the second half underway

'Who are you looking at?' 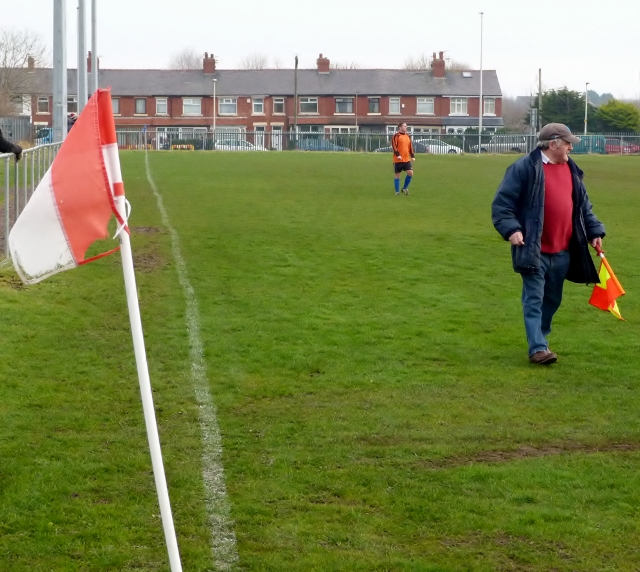 Dave Cram (Blue – Blackpool Catholic Club) got on the end of a brilliant long pass, beat the defender, rounded the keeper but it was cleared off the line. 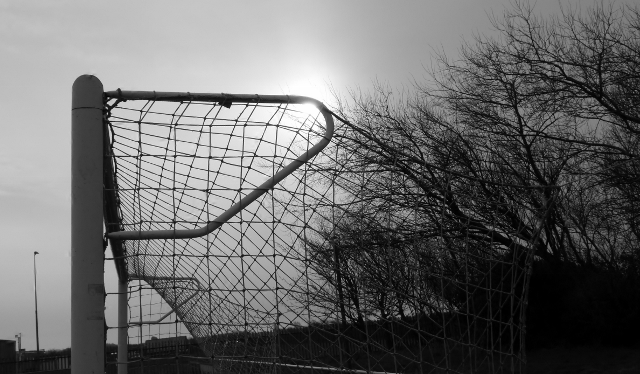