In the Quarter Finals of the Lancashire Sunday trophy Reform Health Club FC made it through to the semi finals after a fantastic 4-0 away win at Southport & Ainsdale.  Poulton were deservedly beaten by Preston league leaders Plungington Celtic 7-4 who continued their fine run of form with a 7-4 victory.  The Reform Health Club will now play Plungington in the semi.  In the long awaited Gledhill Cup tie, Northern Care beat Wesham 3-1 and in the Division 2/3 Cup, Northern Rags overcame AFC Wilo with a 3-1 win.  No games in the Prem today.  In Division 1, Blackhurst Budd began 2013 as they finished 2012 with a thumping 7-1 win against Bathroom Solutions.  Sportsworld Media have games in hand and are climbing the table thanks to their unbeaten start to the campaign that continued this morning with a 6-2 away win at Mythop Leisure.  There were also wins for Boars Head who beat Chris Allen Garages and Golden Eagle who beat CTK 3-1 whilst the Saddle and 21st Century drew 1-1.  In Division 2, second placed FC Rangers were surprisingly beaten at home by Clifton Arms.  Devonshire Arms are in third thanks to their 5-1 away win Station Tavern.  Teamsport 90 FC won 6-1 away at Highfield Social.  Blue Room beat No4 Celtic and Uncle Tom's beat Marton Institute 2-1.  Top met second in Division 3 and it finished with honours even as Normoss Newton and FC Kingsfield ended at 1-1.  Clifton Rangers finished fourth after they beat Hampton Social 7-1, Metrostars won 3-1 away at Athletico Excelsior and Kirkham Con Club won 3-0 against Old England.  Pump & Truncheon Celtic's 4-1 win over DH Gas kept them top of Division 4.  Score FC only managed to beat Fire & Ice 6-7.  Dutton Arms beat JJ Property 1-0.  Highlands enjoyed a rare win against H&A Social, 3-1 the score.  Finally, Victoria edged out Fylde Coast Veterans in an exciting 4-3 scoreline. 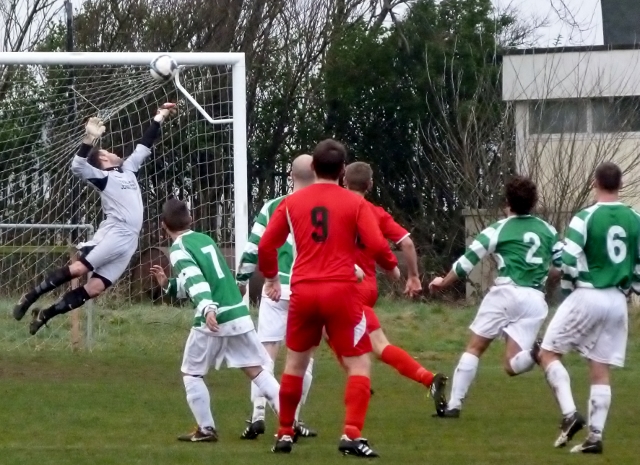 Action from Collins Park where Poulton SFC were hosting Plungington Celtic FC in the last eight of this season's Lancashire Sunday Trophy.  In the above picture the Plungy keeper makes a great tip over from Carl Eastwood's dipping effort. (More pictures below). 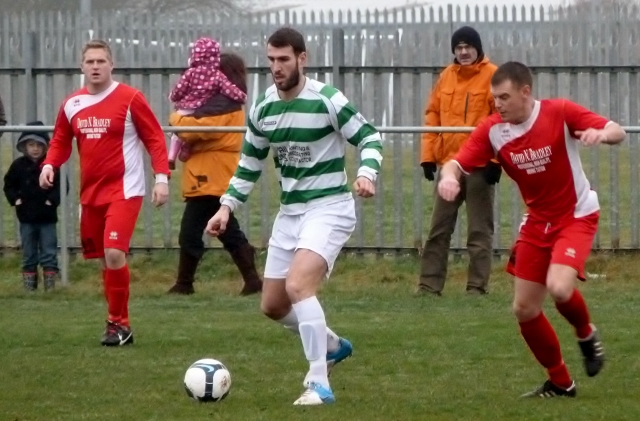 Not long in and after Plunginton broke quickly down the right the Number 7 prodded it home to give the visitors a deserved lead. 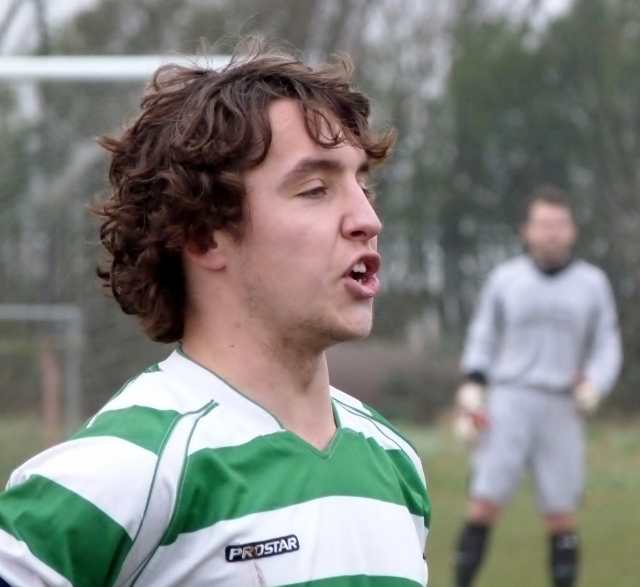 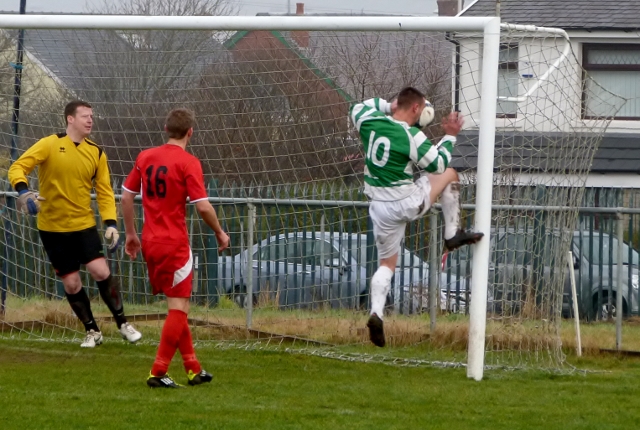 Plungington again broke quickly from a Poulton corner.  The Poulton defenders were slow to get back and the Number 10, completely unmarked at the far post, converted the cross with a combination of head and hand.  1-2 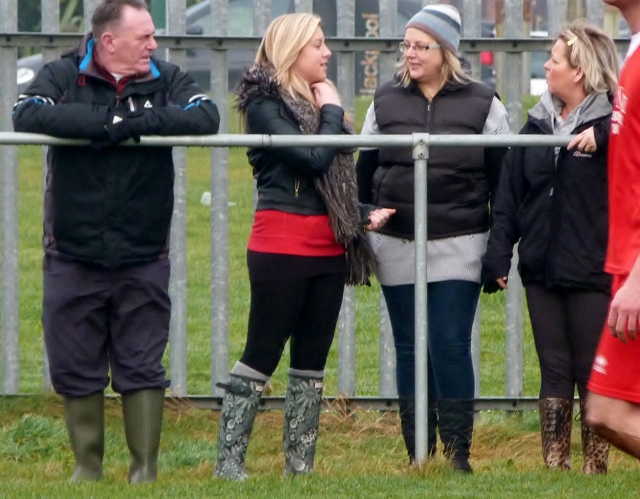 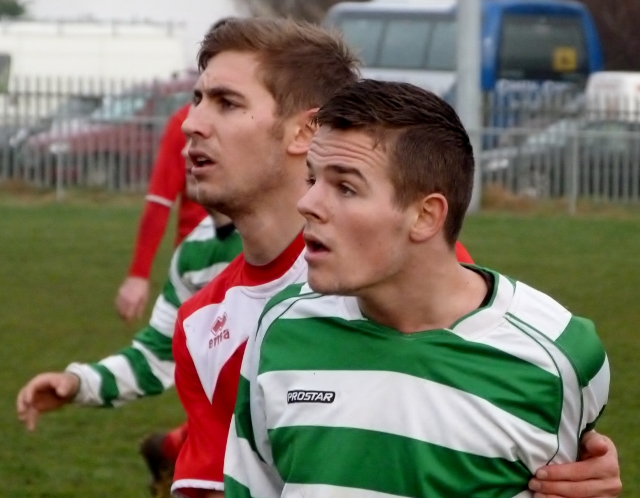 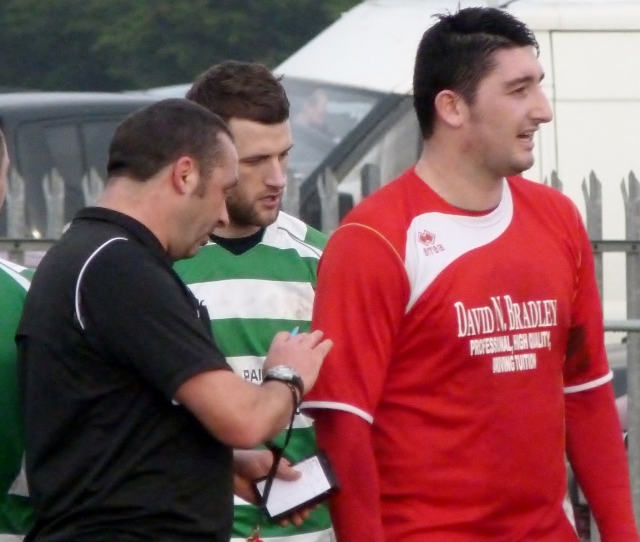 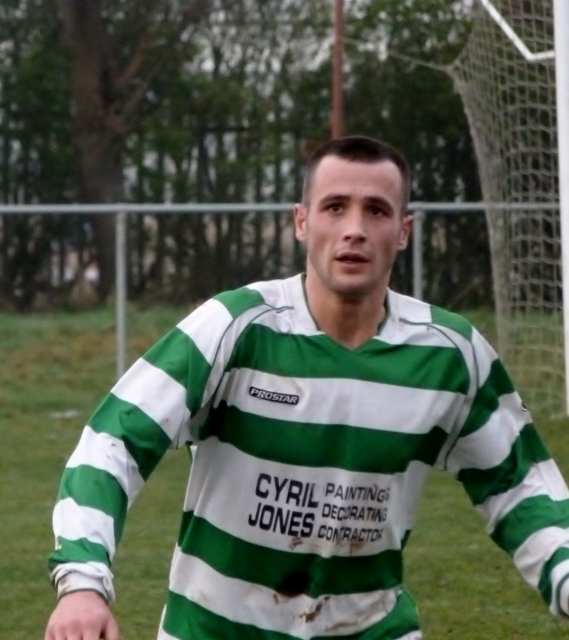 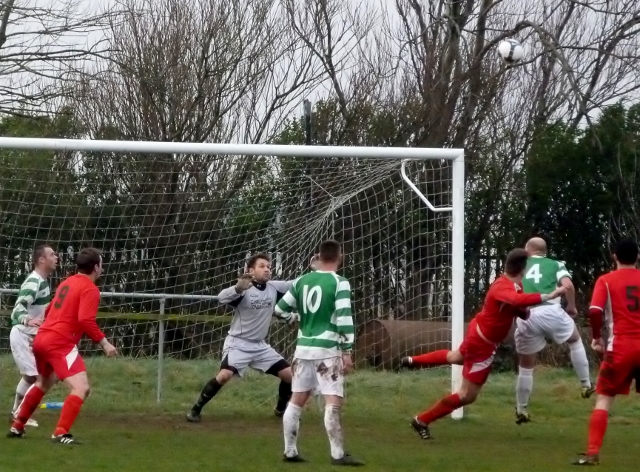 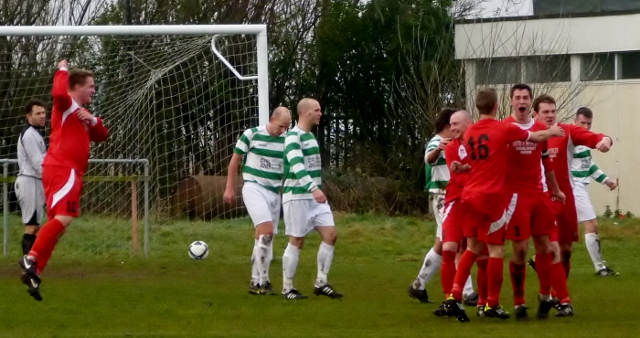 Not long before the break Poulton equalised again after Danny Morris knocked down a cross for brother Chris.  2-2 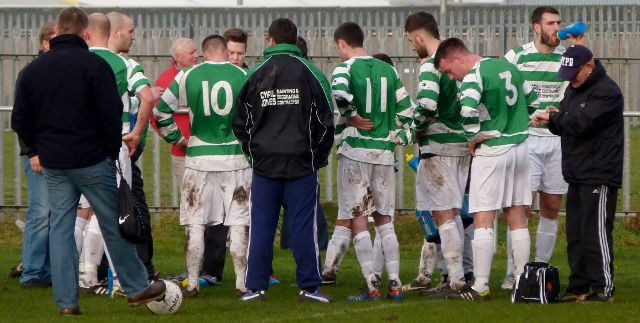 Plungington were unfortunate to go in at only 2-2.  They had a great shout for a penalty when 2-1 ahead but referee Hughes waved it away. 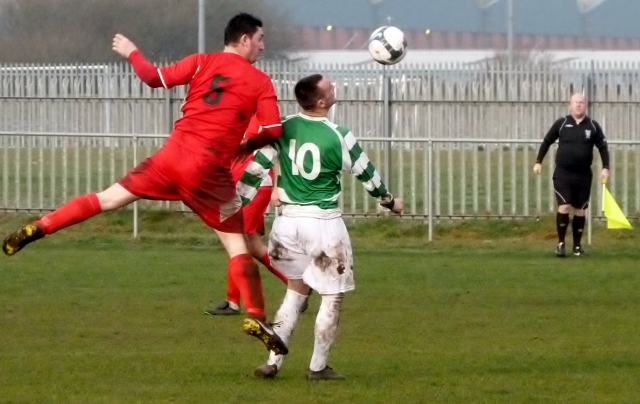 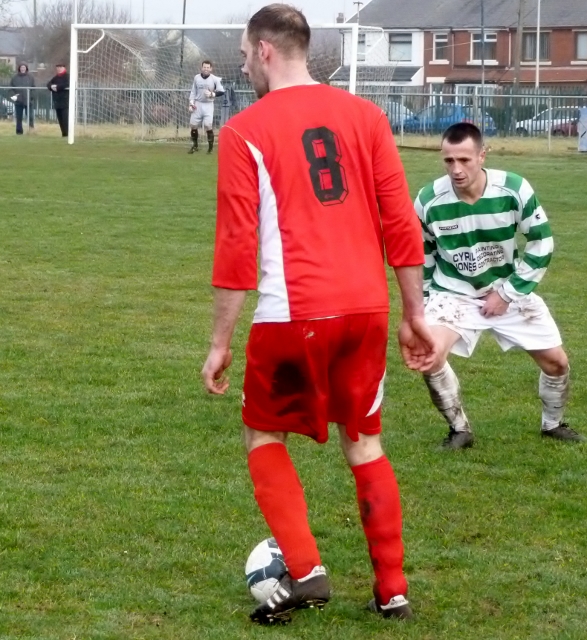 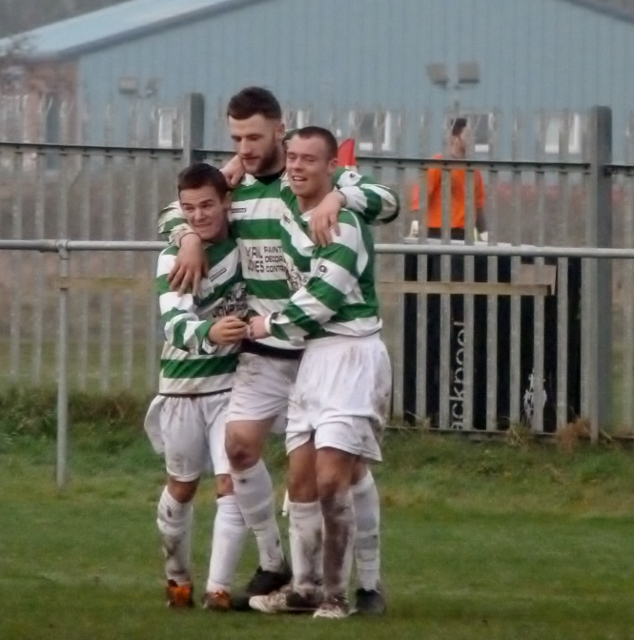 Plungington extended their lead with the best goal of the game.  The impressive winger cut in from the right and bent an unstoppable shot high past Speight into the top corner.  2-4 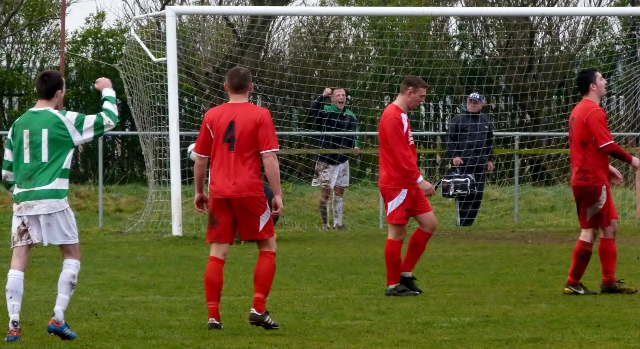 Plungington make it 5-2 and poulton were down and out.  Plungington were good value for their win this morning and will take some stopping in the semi final.