At a number of venues the thaw didn't come quick enough to save all but nine games from the overnight freeze.  In the Lancashire Sunday Trophy, Poulton SFC won away in Blackburn, 3-1 against Beehive FC.  The three Divisional Cup competitions got underway this morning.  In the Pre/Div 1 Cup, Northern Care Colts came back from 2-0 down at half time to beat 21st Century Windows 4-2.  In the Division 4 Cup, Wesham Town beat H&A Social 5-2 whilst Walkabout beat JJ Property Services by the same scoreline.  Dutton Arms & DH Gas were even at 2-2 after 90 minutes but DH Gas progressed after coming through the penalty shootout.  In the Premier Division, AFC Additions went a point clear with a game in hand after comfortably beating Bloomfield Vets FC 6-0.  In Division 3, Normoss Newton went top on goal difference after they beat Kirkham Con Club 4-2 and Hampton Social won 2-0 against Athletico Excelsior. 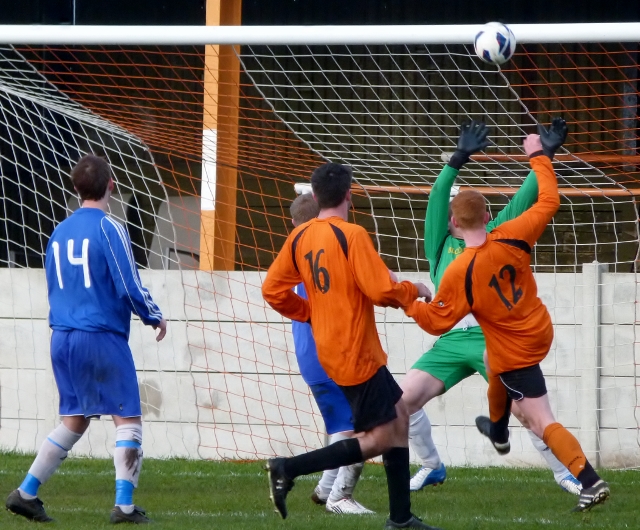 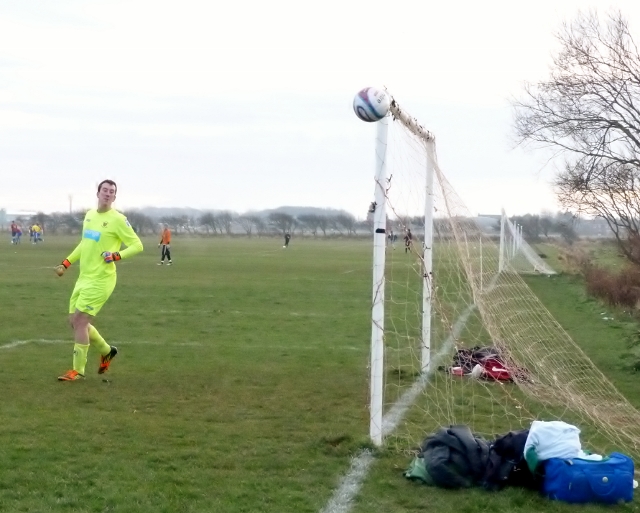 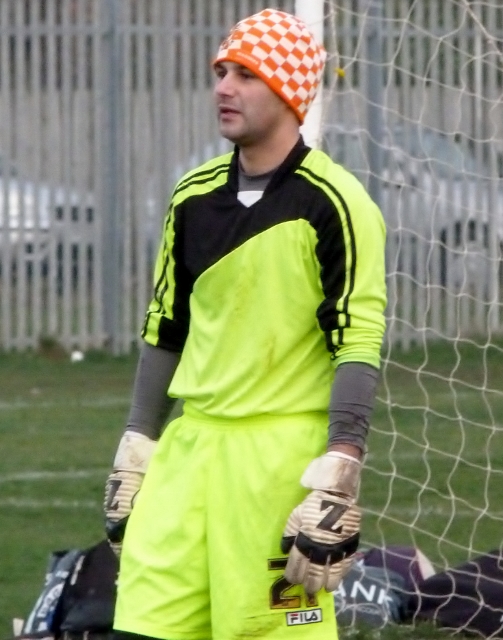 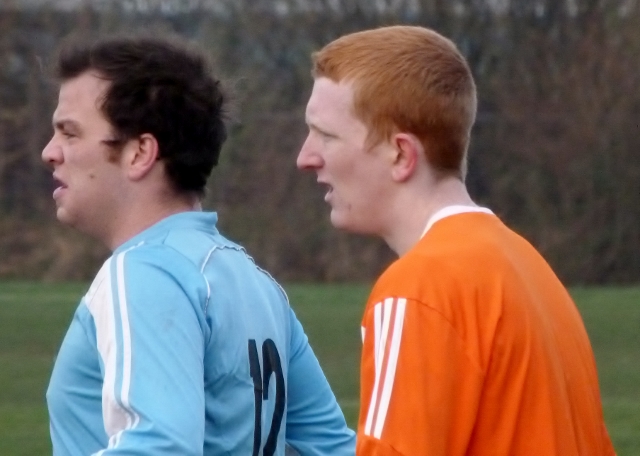 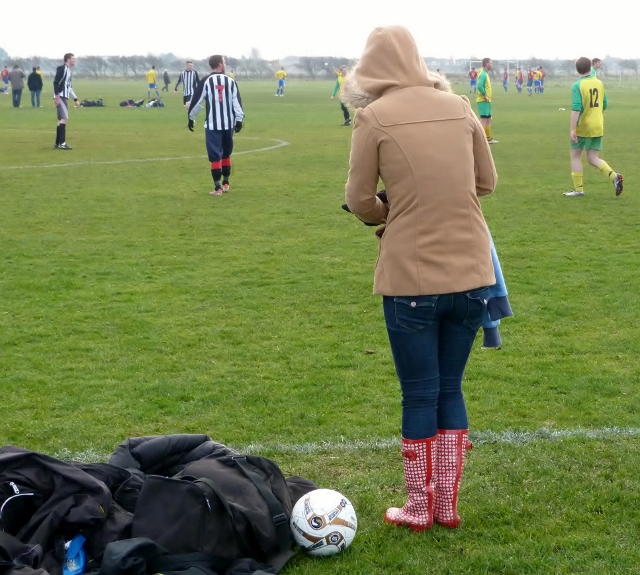 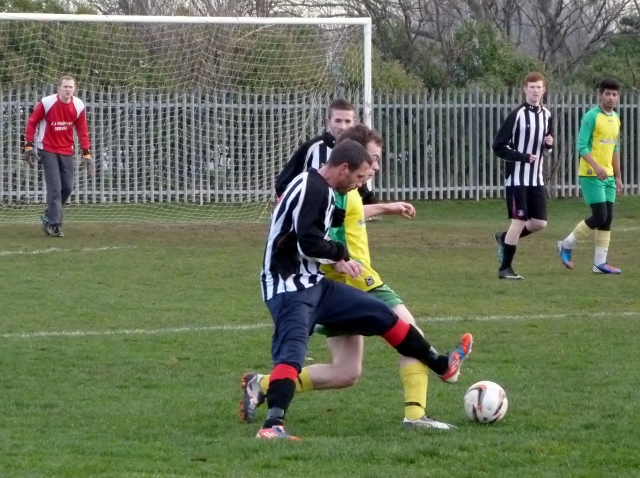 JJ Property Services FC versus Walkabout in the Division 4 Cup.  JJ took the lead again but Walkabout came back to win 5-2. 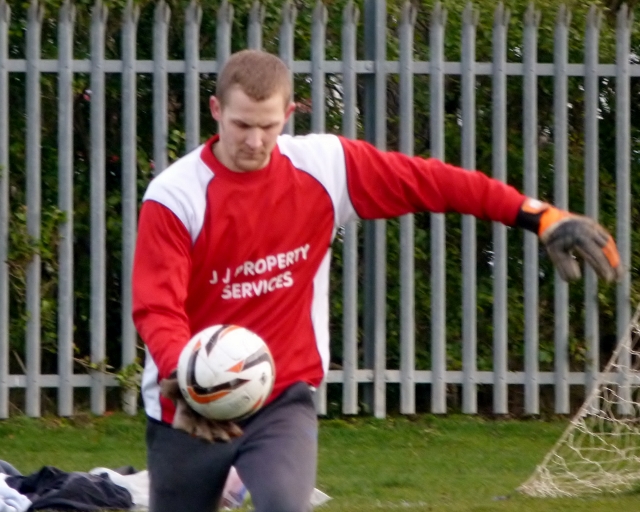 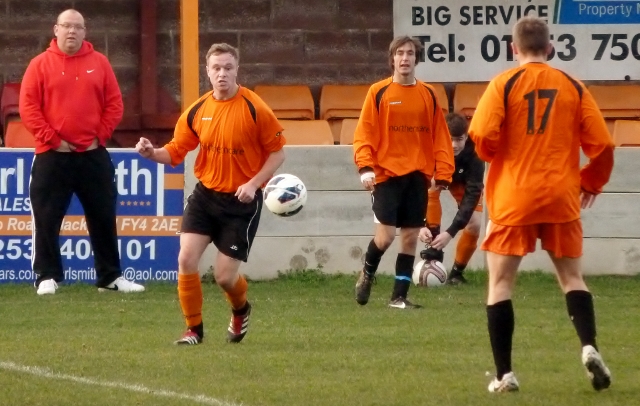 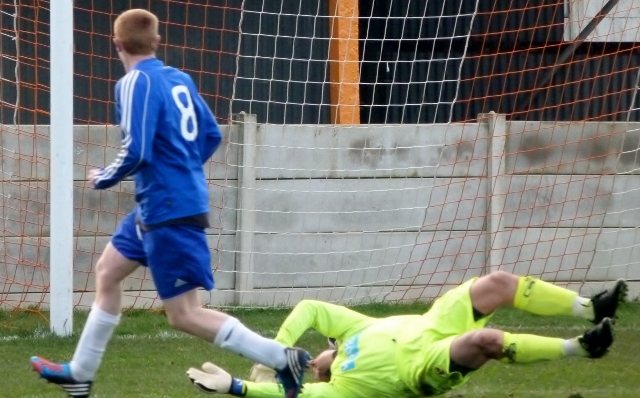 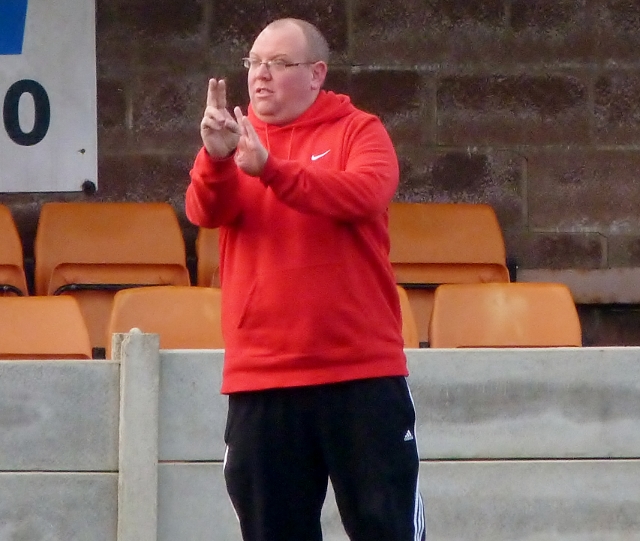 The 21st Century striker (8) was in great form this morning and at times unplayable.  But despite being 2-0 up at the break their opponents came back to win 4-2. 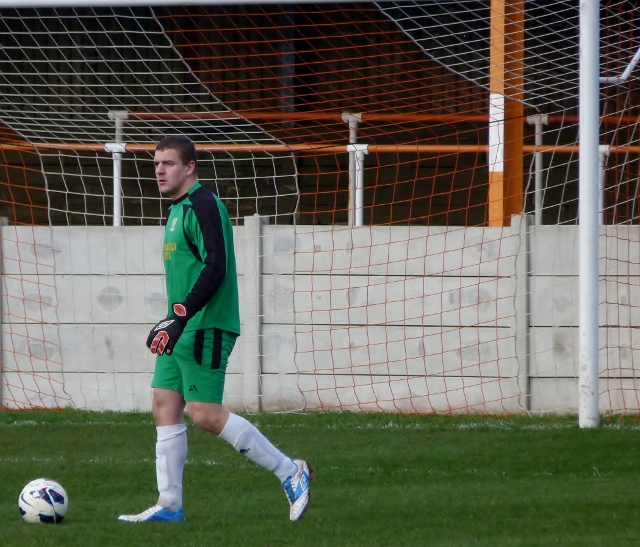 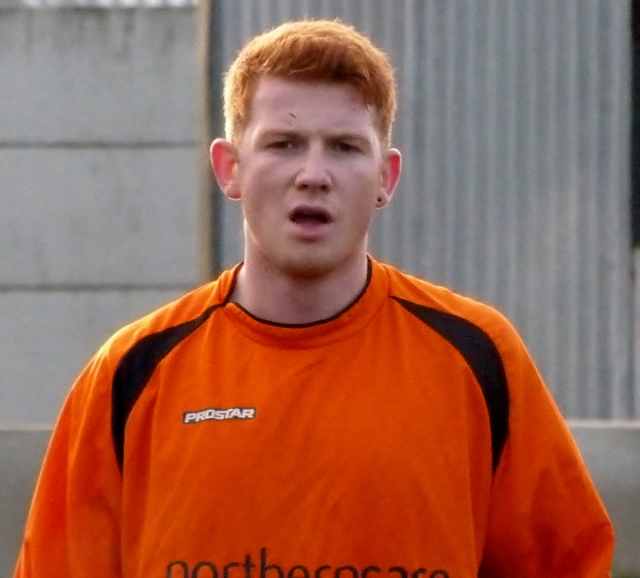 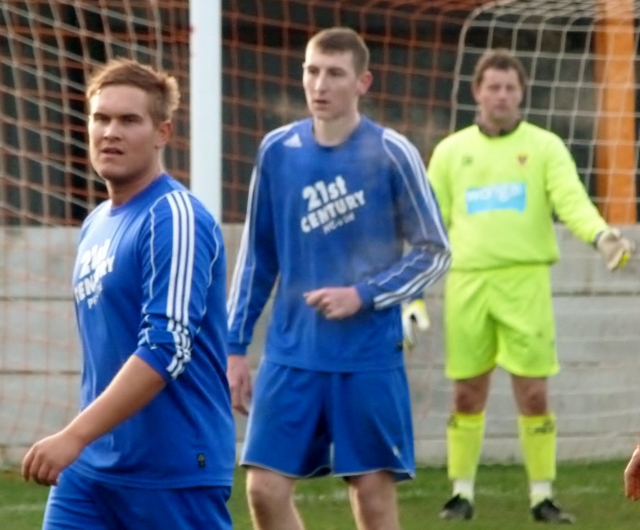 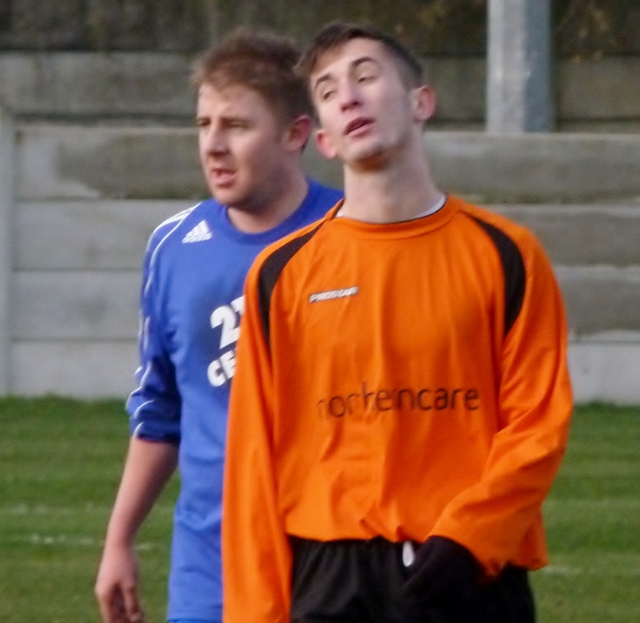 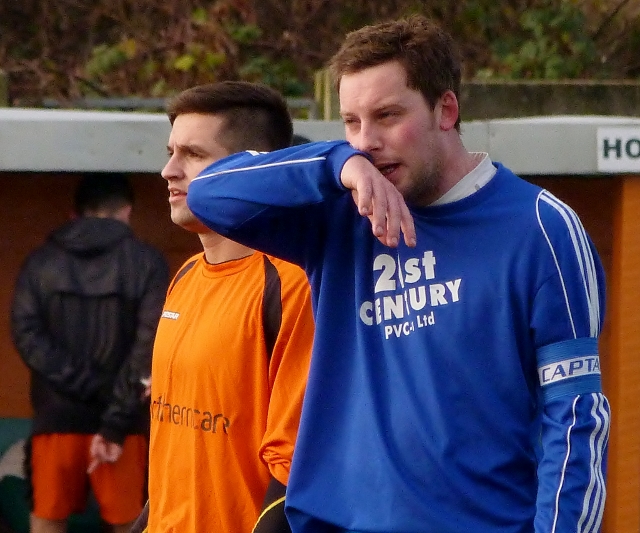 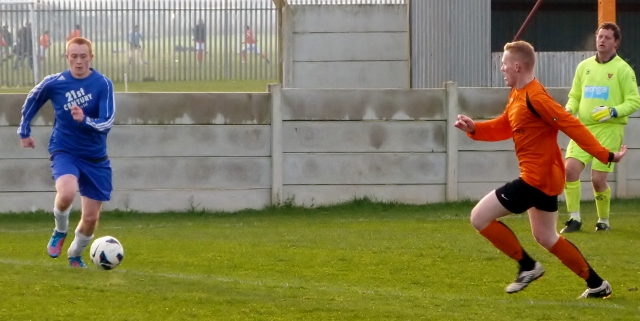 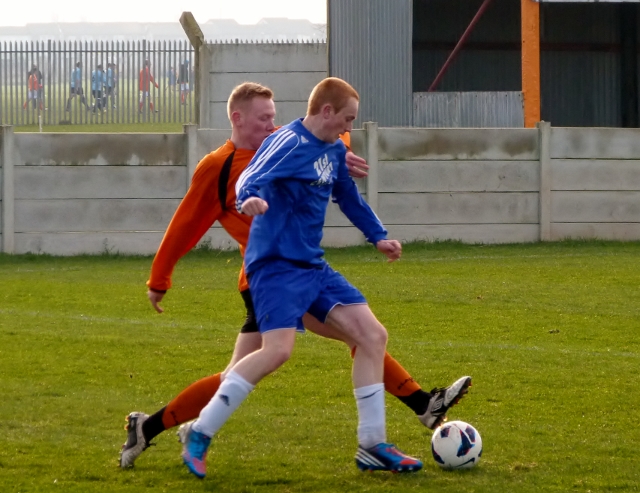 Martin Baird in for the tackle 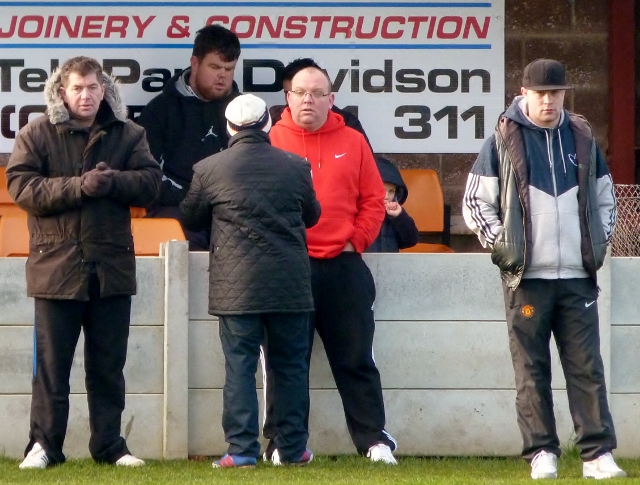 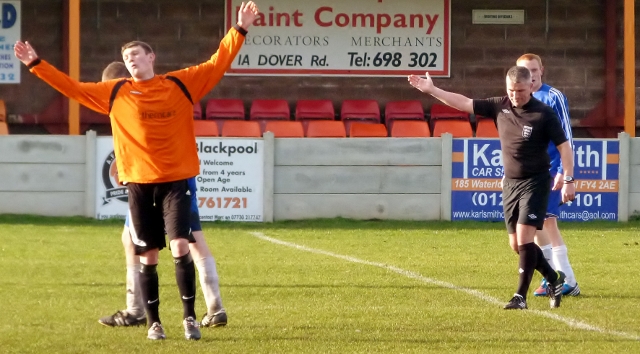