Only eight games suvived across the Fylde Coast and perhaps most of Lancashire and they took place at Commonedge Road although the famous drainage was also severely tested at that venue.  In the 3rd Round Lancashire Sunday Trophy tie Bathroom Solutions lost 3-2 to AFC Lostock Hall.  In the Prem, Molloys went joint second on ten points after winning 3-0 away at Blackpool Catholic Club.  Bloomfield Vets and Revival Tattoos drew 2-2.  The only Division 1 game also ended in a draw as 21st Century Windows drew 3-3 with the Saddle.  In Division 2, unpredictable Highfield Social beat second placed FC Rangers 1-0.  No games survived in Division 3.  In Division 4, the top two both won again.  Score beat H&A Social 7-5 whilst Pump & Truncheon beat JJ Property Services 7-0.  Walkabout went fourth after beating Dutton Arms 1-0.

This was the scene at most Fylde Coast venues this morning but a handful of games survived at Commonedge Road.

At the 4th attempt, Division 1 side Bathroom Solutions FC (White) managed to play their third round Lancashire Cup tie against top side AFC Lostock Hall 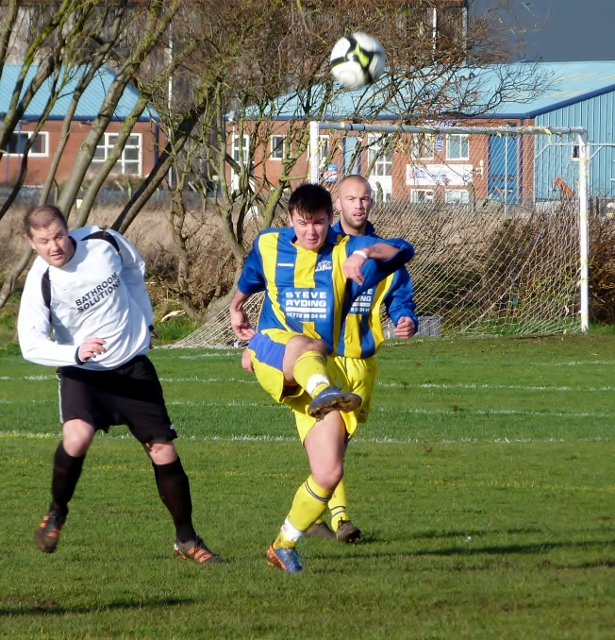 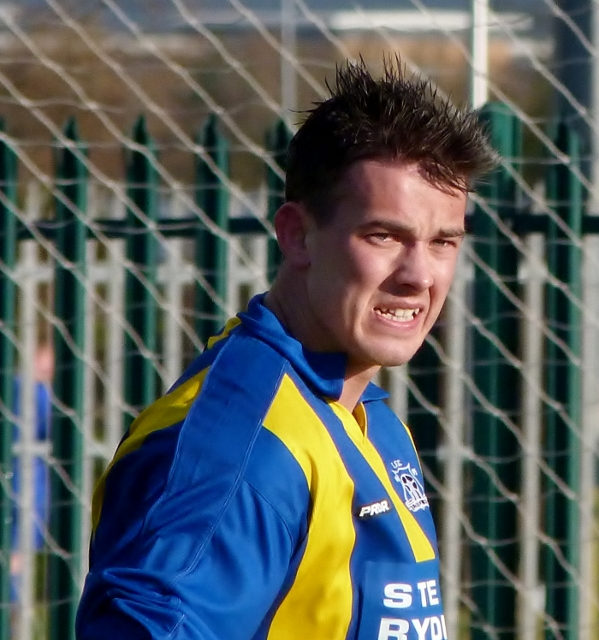 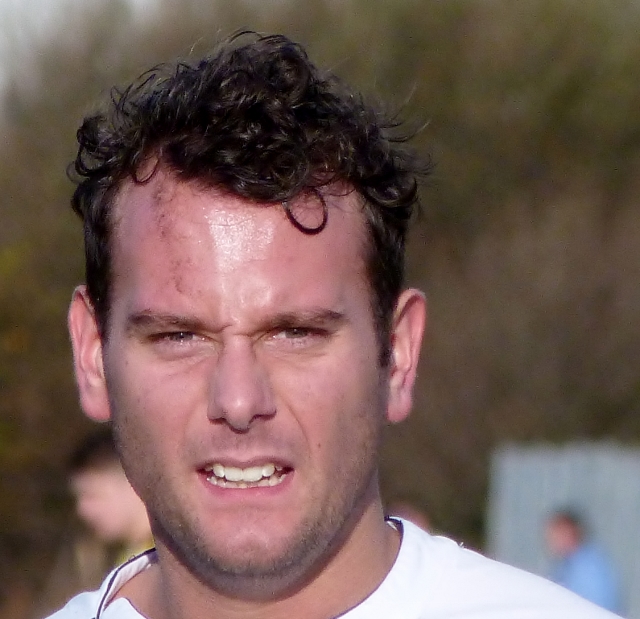 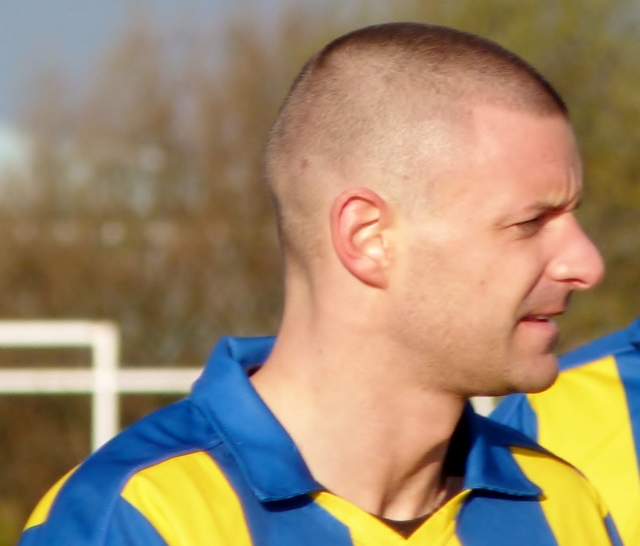 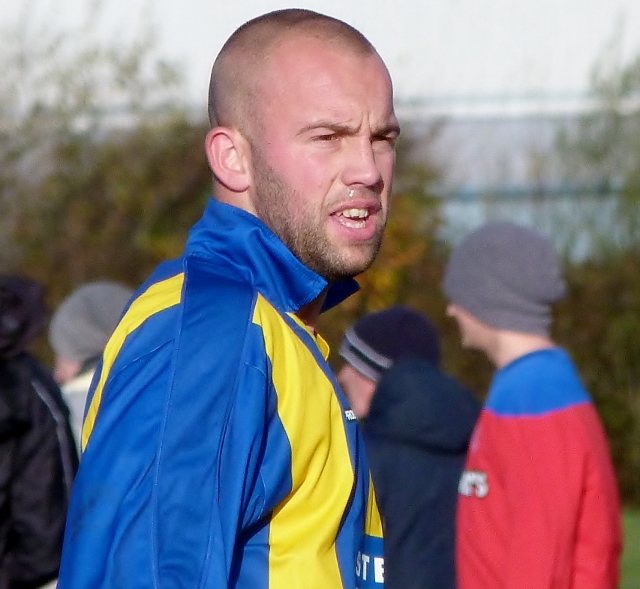 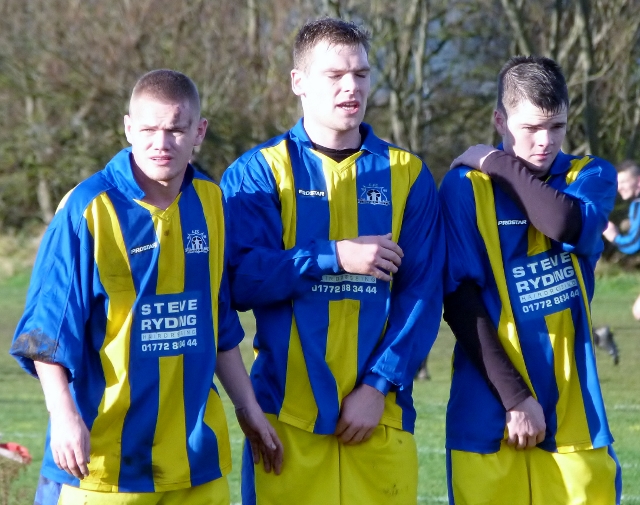 Handball in the Bathroom box 'Penalty'.  Lostock score and would go two up with the strong wind before Bathroom pulled one back before half time. 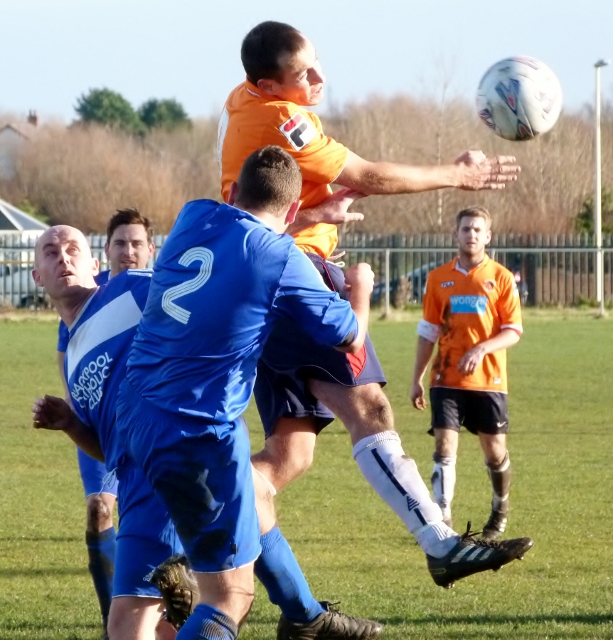 At Collins Park, Blackpool Catholic Club were hosting Molloys.  The Catholics were 2-0 down despit having the advantage of the strong wind as half time approached. 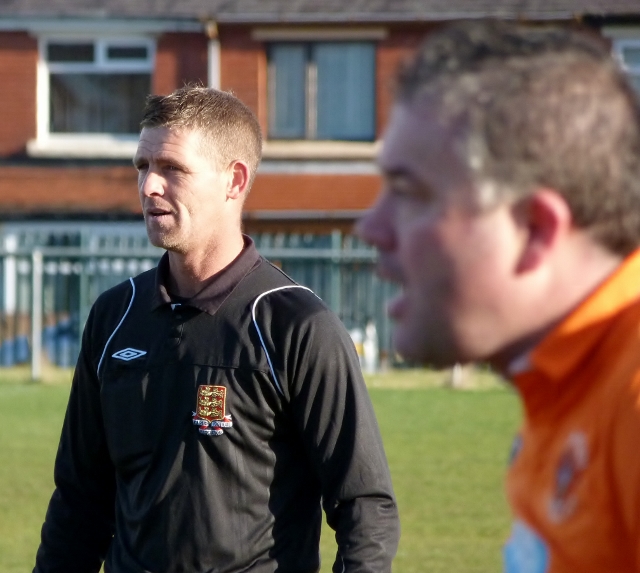 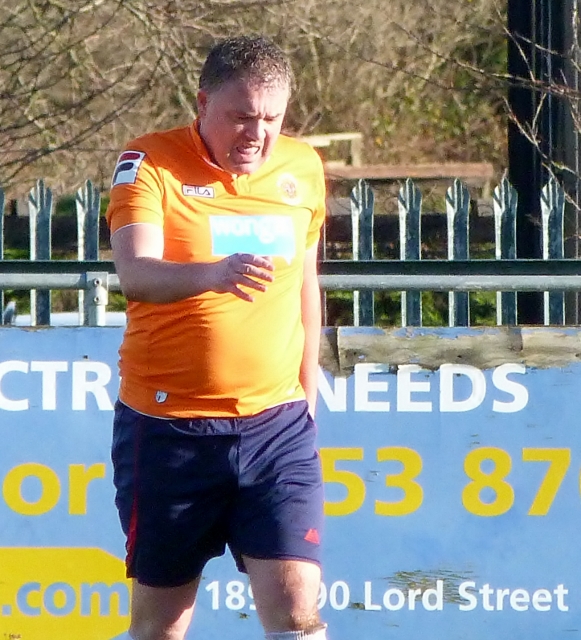 'Lycra man'  Struggled to get in that kit this morning 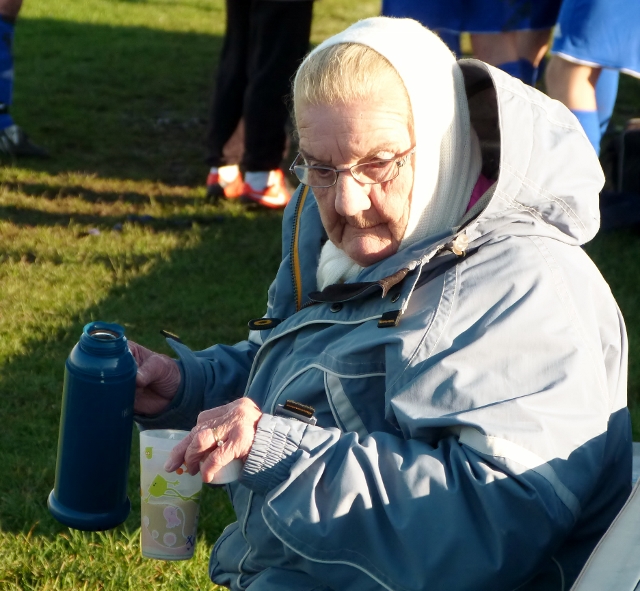 Half time – hot coffee and Irish Whiskey for Olwyn 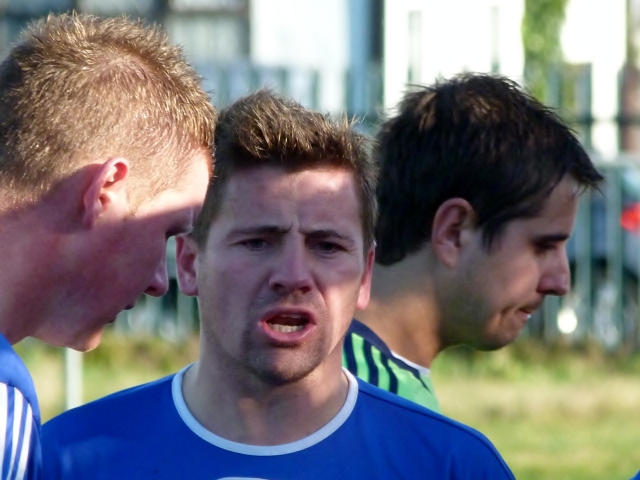 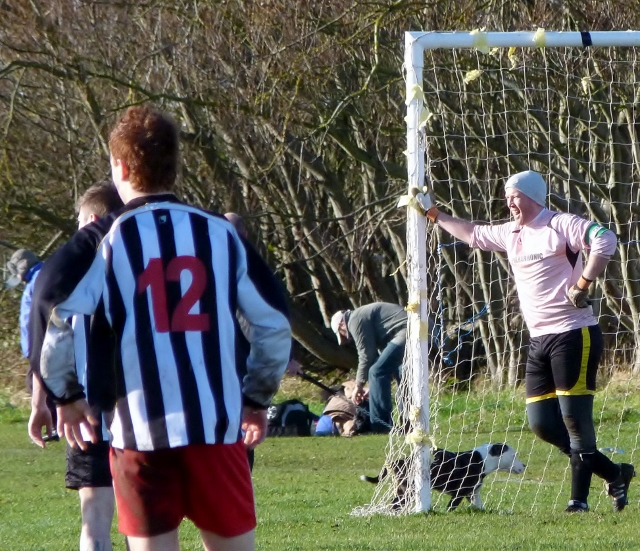 Back on the Edge – nonchalant keeper in shocking pink

On Pitch 1, Revival Tattoos FC had the wind first half and went in 1-0 up.  Just after the break, Geordie Stephenson was beaten twice as the Vets went 2-1 up. 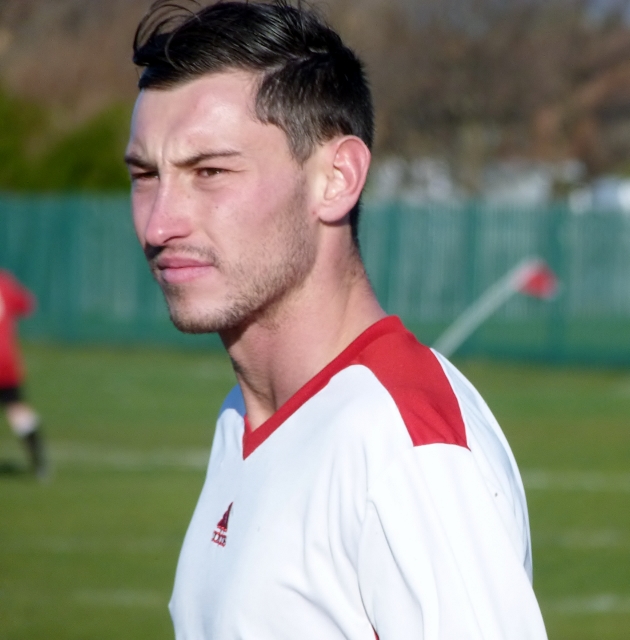 The tattoos subsititute reluctantly warms up 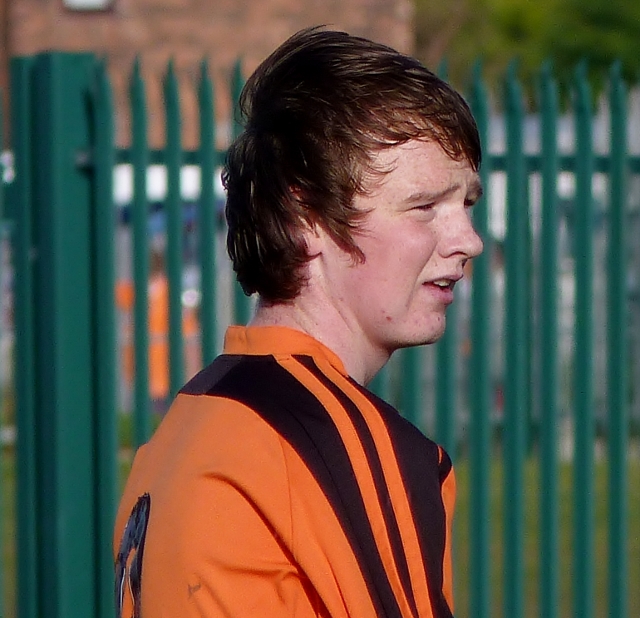 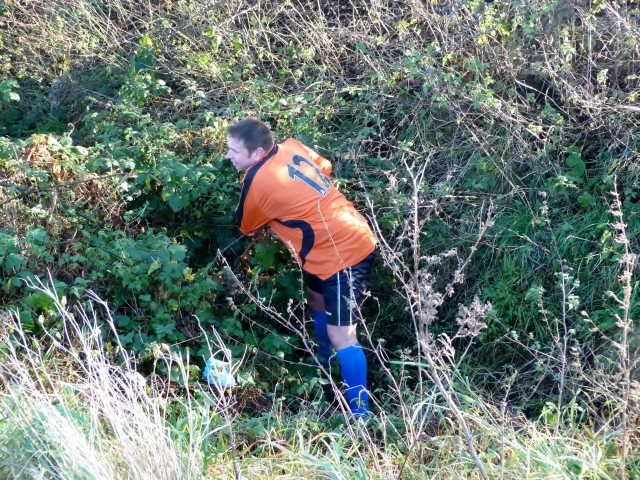 Neil Mitchell struggling to find the ball in the deep brambles

Back pass by the Vets – indirect free kick – Equaliser

Back to the LFA game – handbags.  Score now 3-2 to Preston 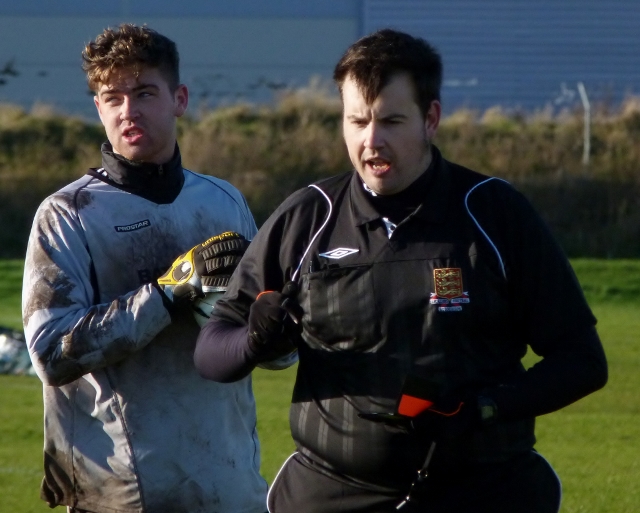 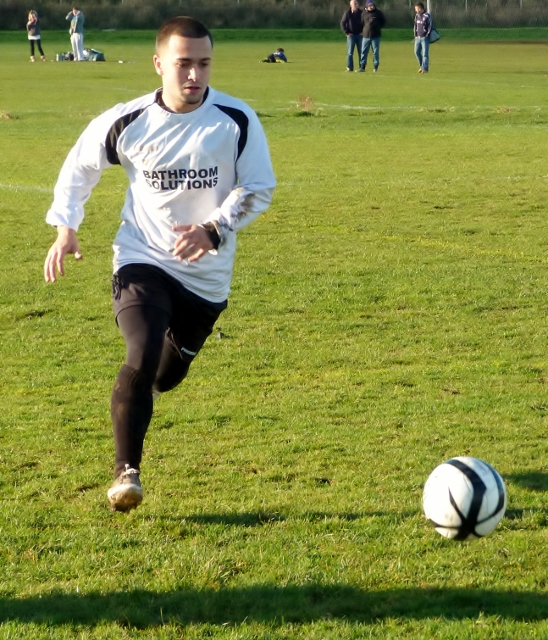 Jack Errington in the warm tights 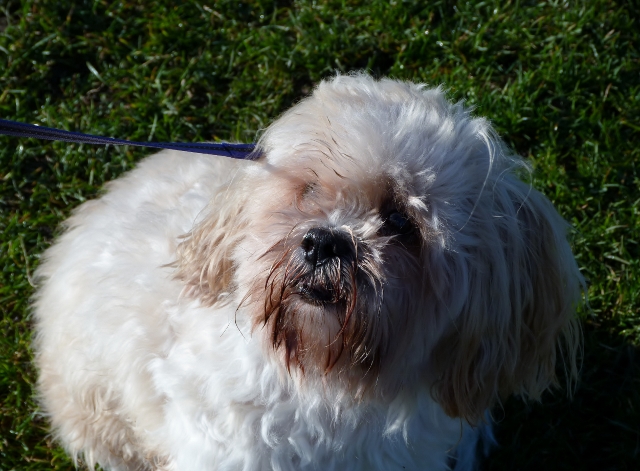 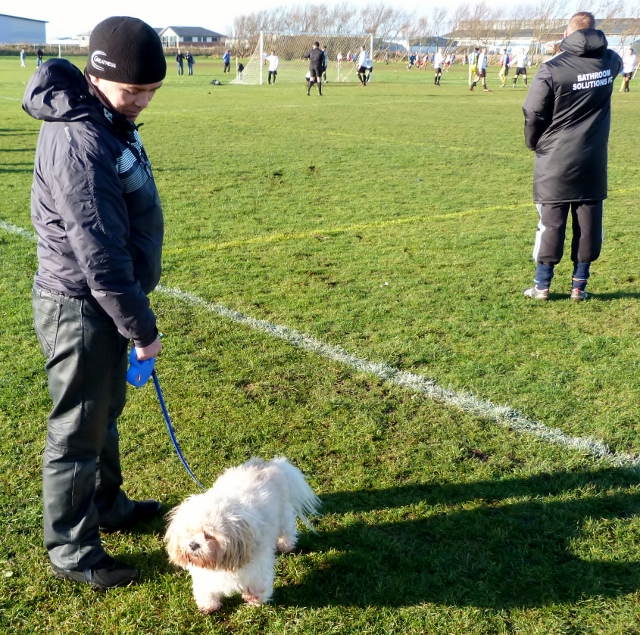 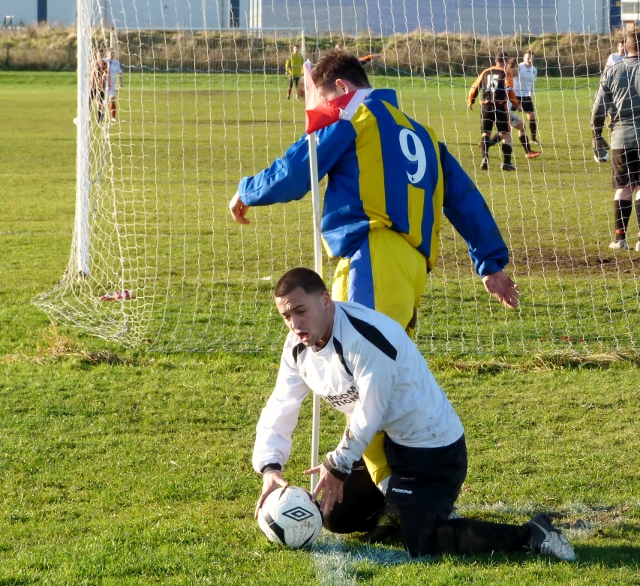 Score FC were 4-1 down at the break to H&A Social but came back to win in the second half.  In the above picture they convert a penalty

A late chance for Bathroom Solutions but Lostock  deservedly progressed