Great away wins in the Lanacshire Sunday Trophy for Blackhurst Budd, Bathroom Solutions and poulton SFC and Blackpool Catholic Club edged through on penalties.  Boars Head drew 2-2 away in Blackburn but lost on pens.  In the afternoon kick off the Reform Health Club beat Talbot Head 3-1.  In the re-arranged Gledhill Cup ties, Clifton Rangers, CTK, Golden Eagle and Northern Care Colts went through.  Frenchman's and Wesham Town drew 2-2 after extra time.  Wins for Fylde Coast Gates and FC Rangers left them first and second in Division 2.  Wesham and FC Kingsfield went level at the top of Division 3 after both won but the Bispham Hotel stay top on goal difference.  A similar scenario in Division 4 as Pump & Truncheon and Score FC both won to go level at the top but Wesham Town FC still top the table tonight.

Live action from Collins Park where Blackpool Catholic Club were up against Ashton Villa FC in the Lancashire Sunday Trophy.  Ashton did well to finish up at 1-1 after 90 minutes – straight to pens.  Ashton were 4-3 down in the shootout – here's their final penalty – he had to score to keep the game alive. 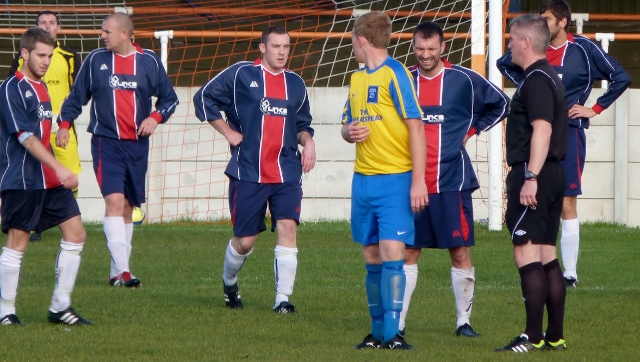 At AFC Blackpool, Molloys FC were hosting Preston Muldoons (Yellow).  The Muldoons were top of Division 1 in Preston with a 100% league record. 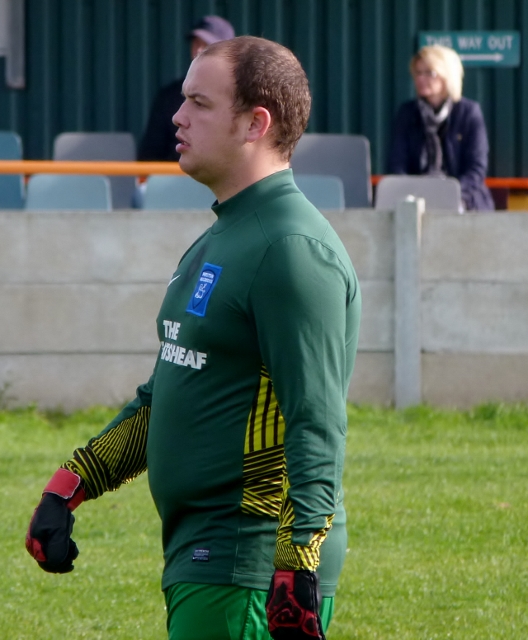 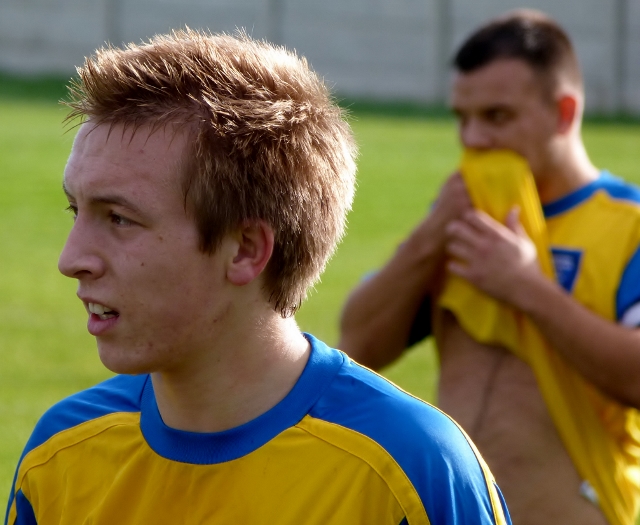 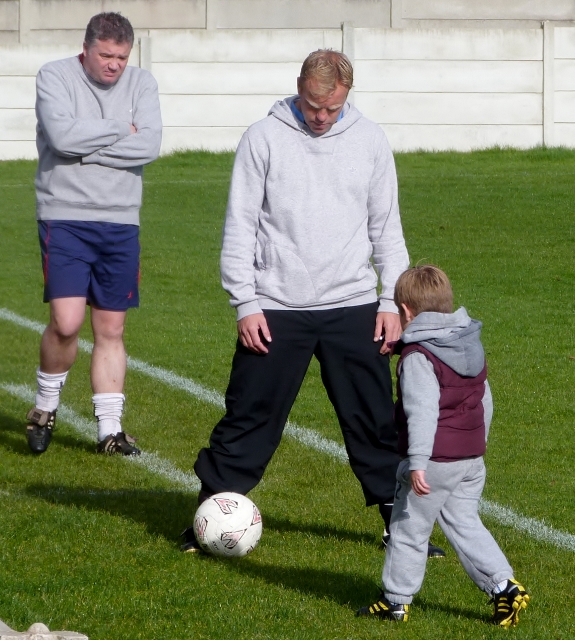 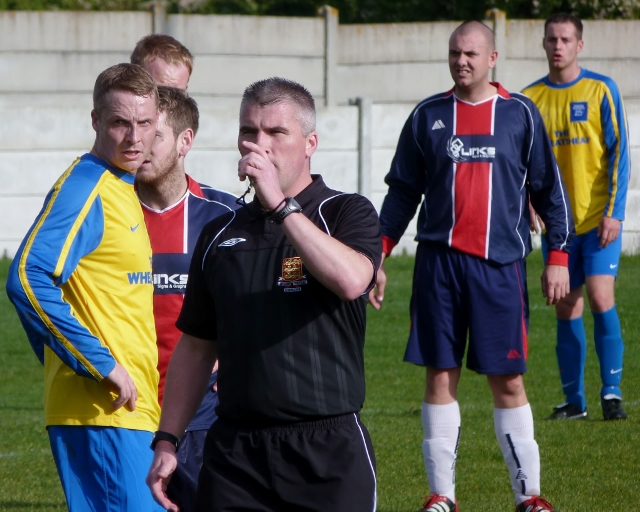 Trouble on the sidelines 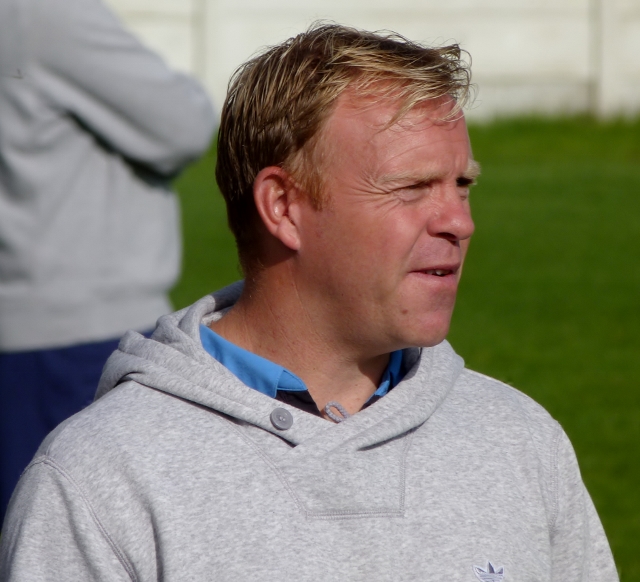 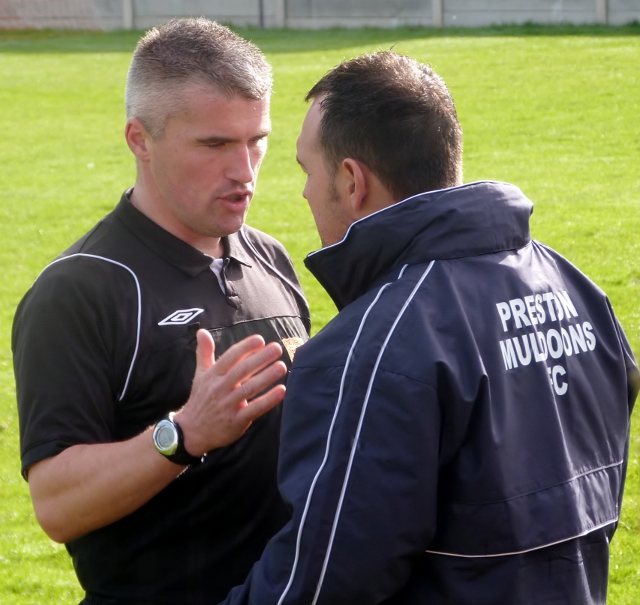 Cropp calms the Muldoon's manager -'let me do the reffing' 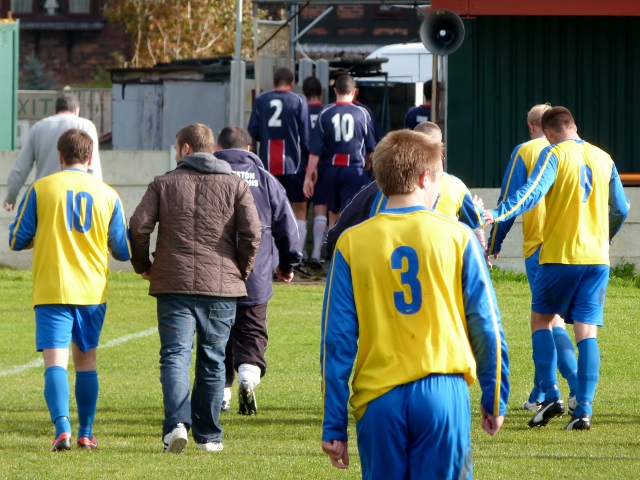 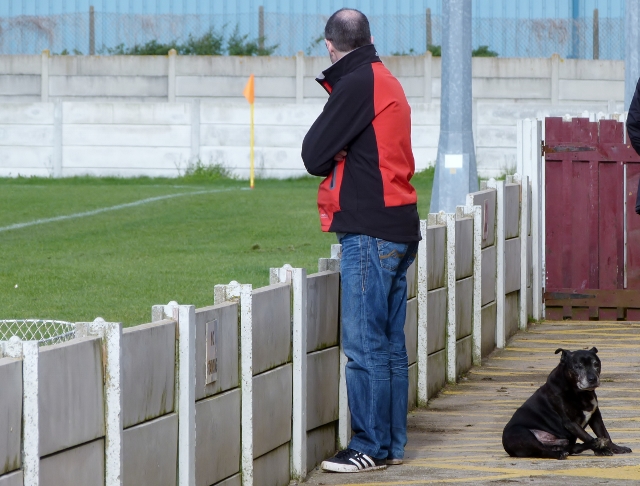 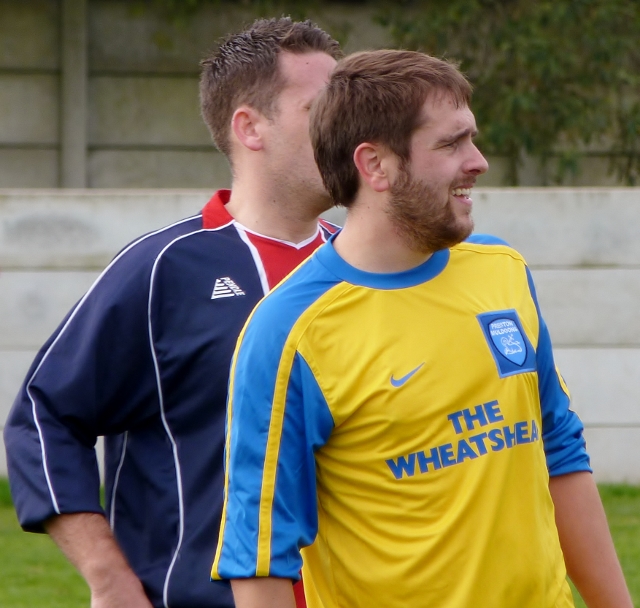 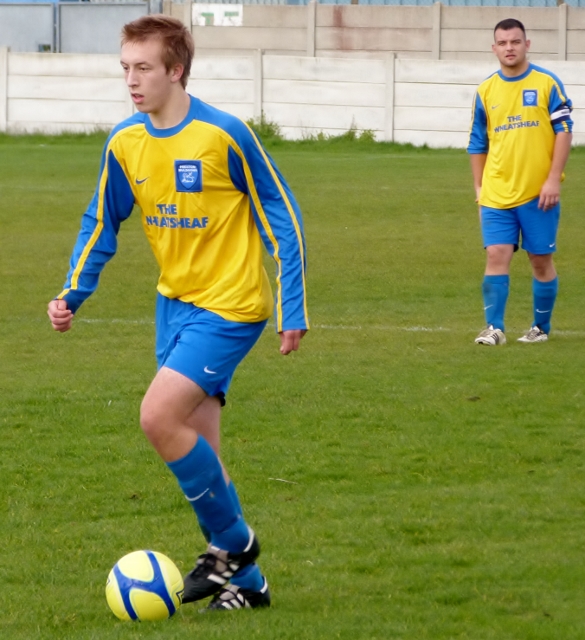 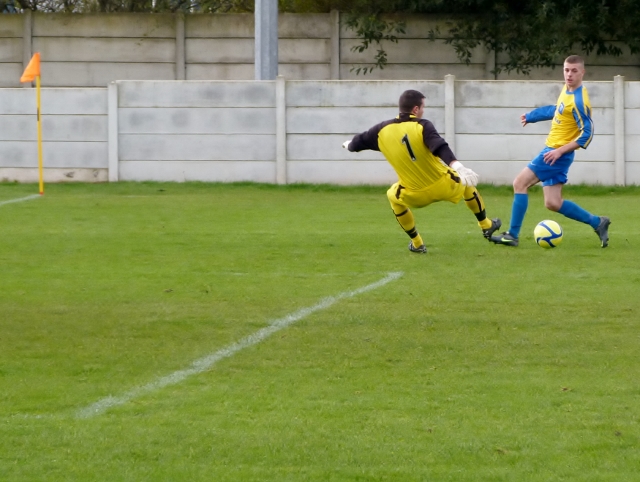 Muldoons largely on top throughout and then the breakthrough.  Muldoons break down the right, keeper Greg Bird elects to come out of his goal but doesn't make it – the ball is squared…

..and converted by the player bottom right 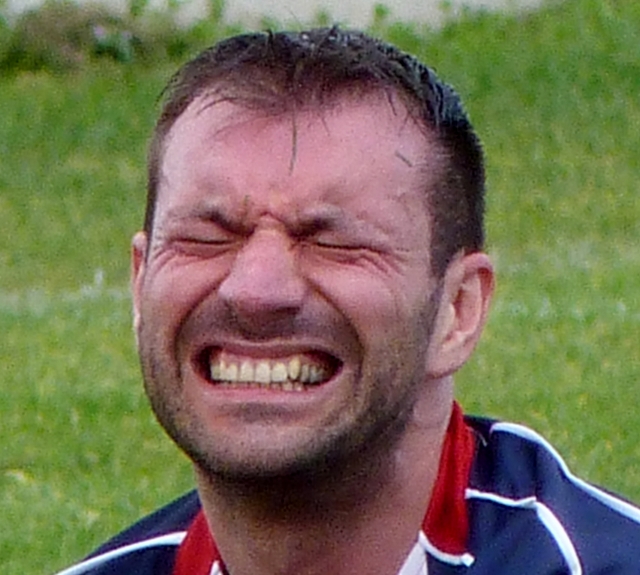 A kick on the ankle – that's gotta hurt 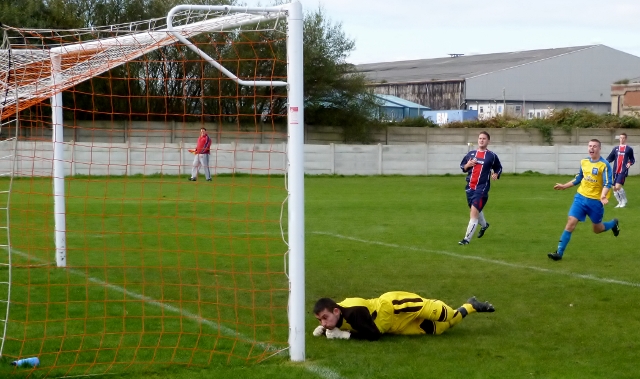 Another break down the right…………..a great cross and a wonderful Muldoon's header 2-0 and game over – off to Collins Park

Another great morning for football 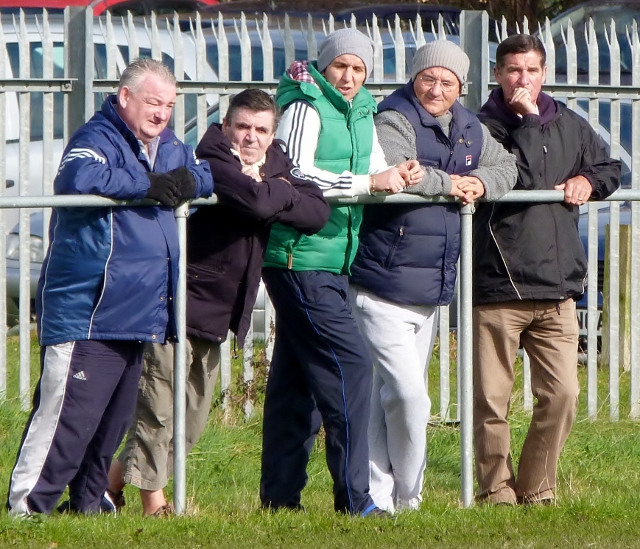