A week of unseasonably wet weather meant that only ten games survived the heavily waterlooged pitch situation.  It was a terrible day for football once again and was even worse for the juniors this afternoon.  In the Lancashire Sunday Trophy Revival Tattoos enjoyed a great 6-1 away win against Preston side Theatre Boys FC.  Molloys FC went three points clear at the top of the Prem following a comfortable away win at Bloomfield Vets.  In the two re-arranged Gledhill Cup ties both Clifton Rangers and Wesham Town both fought back after going behind to progress through to the next round.  Golden Eagle went second in Division 1 after beating Blackhurst Budd 1-0 away in Lytham.  Fylde Coast Gates comfortably beat a nine man Thatched FC 10-1 at Collins Park to top Division 2 and Xceptional Kitchens are up to third after a 2-1 home win against Blue Room.  Division 3 strugglers Athletico Excelsior won their first league game this season following a comprehensive 8-0 victory against Marshall Court.  Pump Truncheon's 8-2 win against Marton Athletic took them to the top of Division 4 whilst Dutton Arms continued their good run with a 3-0 away win at JJ Property Services FC.

Action from Commonedge Road where only a handful of games survived the weather.  Still, if you're going to go out and about to watch then that's just the kind of umbrella to have.  Photo's from the re-arranged Mereside v Clifton Gledhill Cup tie below the results. Referee John Hay…awarded a penalty to Clifton Rangers but didn't wait until I was ready behind the goal…..poor officiating. Immediately after Clifton equalised from the spot, Mereside went straight down the other end and retook the lead.

Hang on a minute…….who is this? 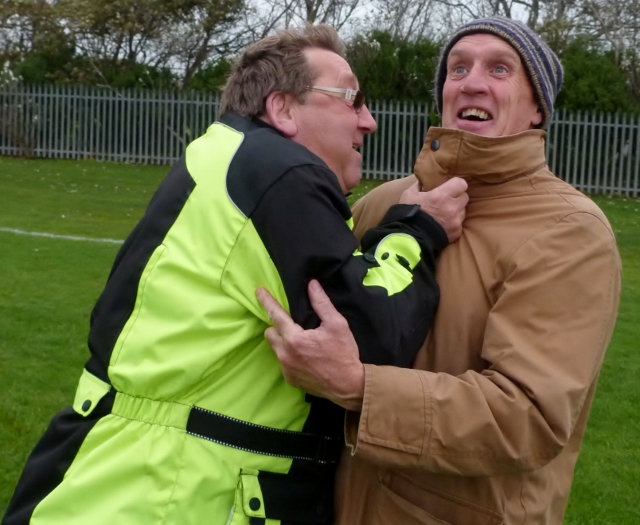 He went straight for referees secretary Dave Connor…..'Send us that ref again and I'll Zap ya' A Clifton corner is cleared away for another… 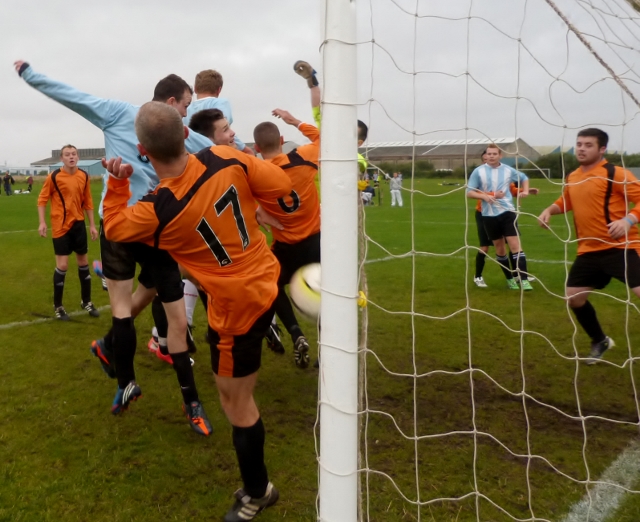 It's bent in from the other side….everyone misses it but the ball finds the far corner 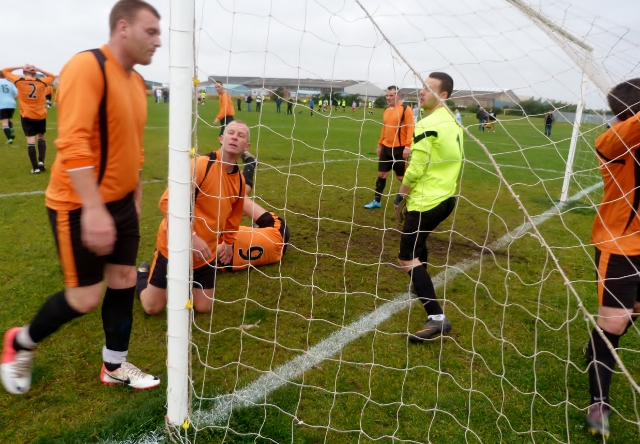 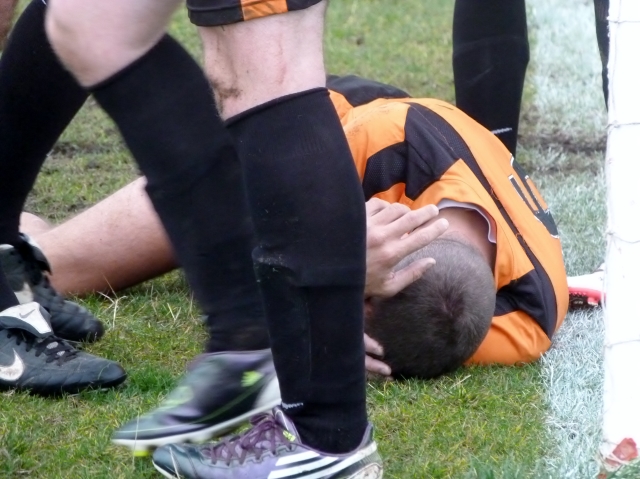 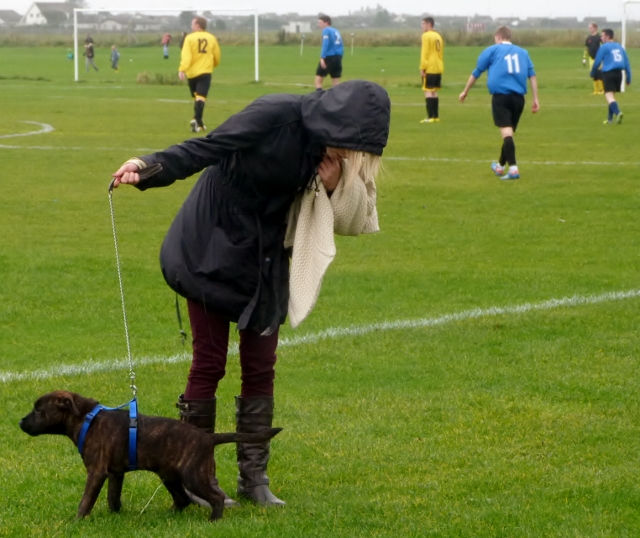 Great goal from Clifton's impressive Number 9….Clifton went in the break 4-2 up I think or maybe 3-2 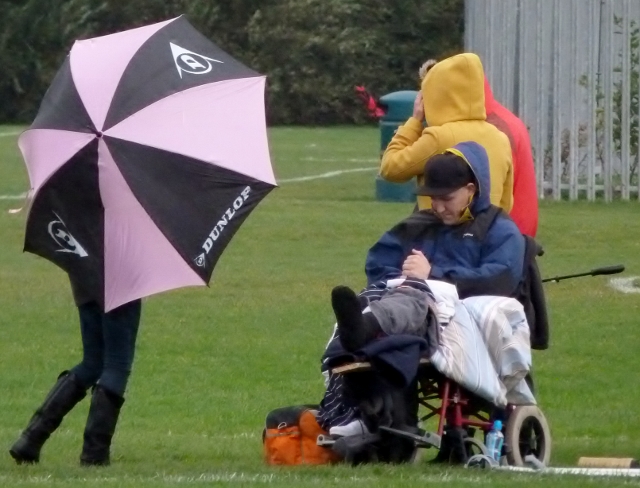 'Get up and get on with it'……  Clifton held on to their lead and played well against the wind to go through to next week's second round with a 5-2 win.