Boars Head FC win away at top Rochdale side Midland Phoenix FC.  Blackpool Catholic Club, Xceptional Kitchens, Molloys, Sports World Media, Blackhurst Budd and Reform Health Club also progressed to the next round of the Lancashire Sunday Trophy.  Poulton's 3-2 win at Bloomfield Vets took them to the top of the Prem on goal difference.  A great win in Division 1 for in-form Mythop Leisure against Golden Eagle and AFC Bloomfield came out 3-2 winners against CTK FC.  Division 2 leaders FC Rangers went down 1-0 at home to Blue Room.  Fylde Coast Gates took advantage to go ahead of them thanks to a 2-1 win away at Mereside.  In Division 3, Bispham Hotel's recent good run of form continued with a 5-2 win against Marshall Court and they top the Division tonight.    Wesham Town stayed top of Division 4 after beating Fylde Coast Vets and there was a great win for Victoria FC who went an won 4-1 away at Score FC.  Dutton Arms are up to fourth after they beat the Highlands 5-1 away.

Live action from Commonedge Road where CTK FC were away at 21st Century Windows FC in Division 1.  2-1 behind and trying to get back in the match CTK FC concede a nailed on penalty……… 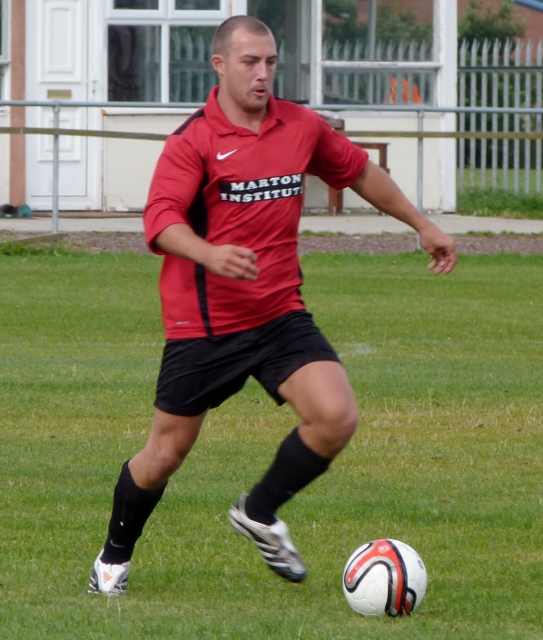 At Collins Park, Marton Institute FC (Red) were up against the New Swan FC from Bury.  Marton played well in the first half but as in recent weeks they again struggled to hold a lead and eventually went out on penalties. 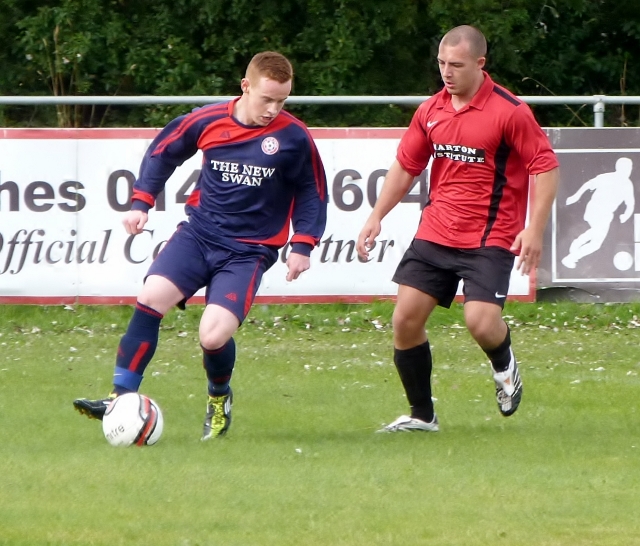 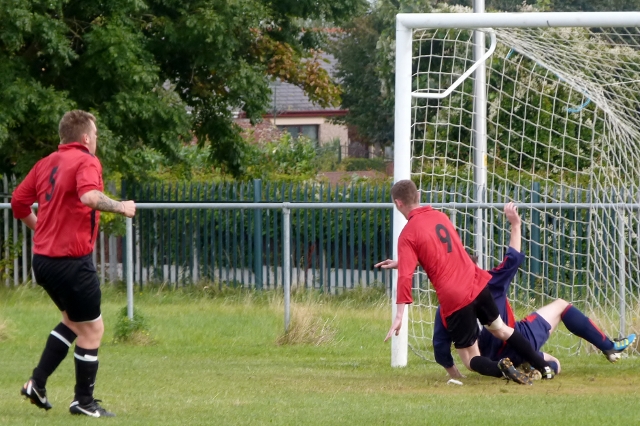 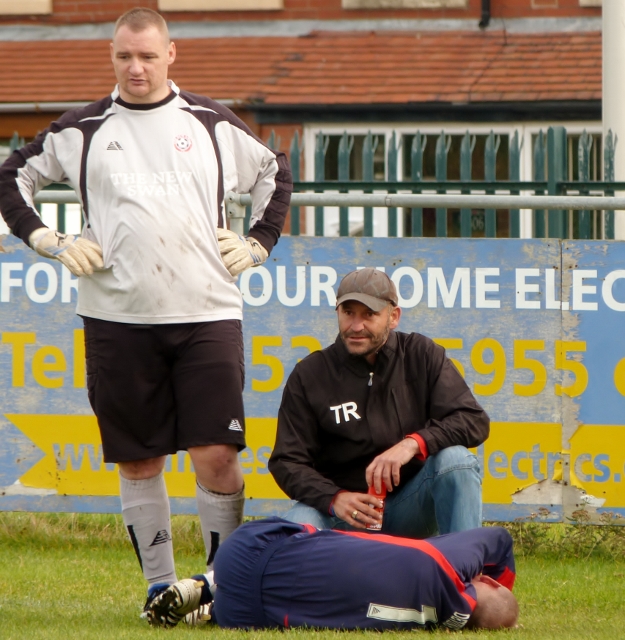 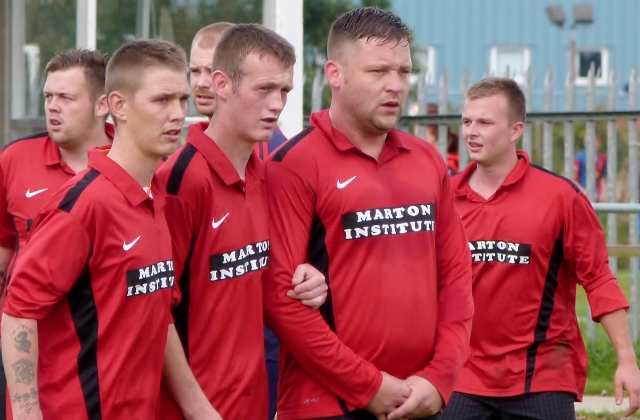 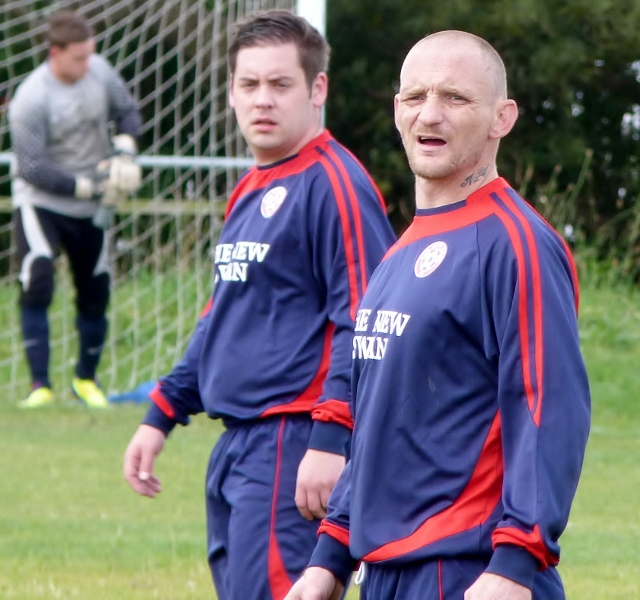 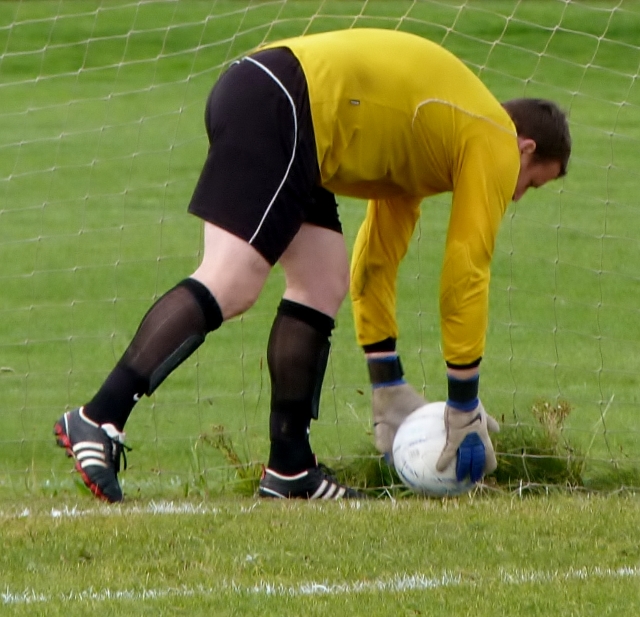 Bloomfield Vets v Poulton in the Prem on Pitch 1.  Speighty picks it out of the back of the net as the Vets made it 2-1. 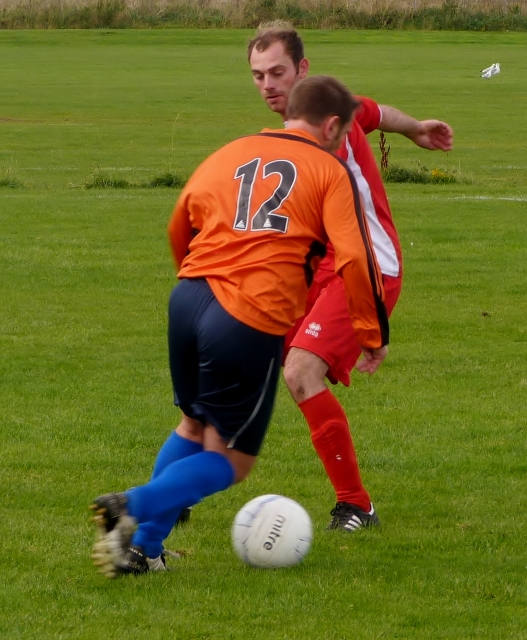 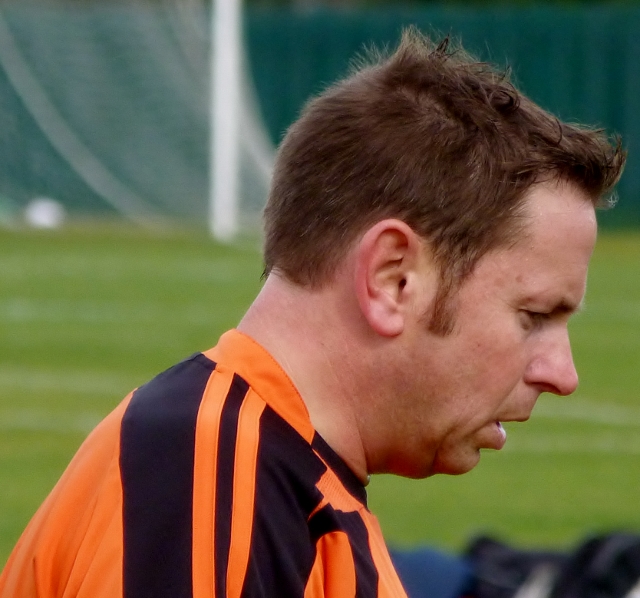 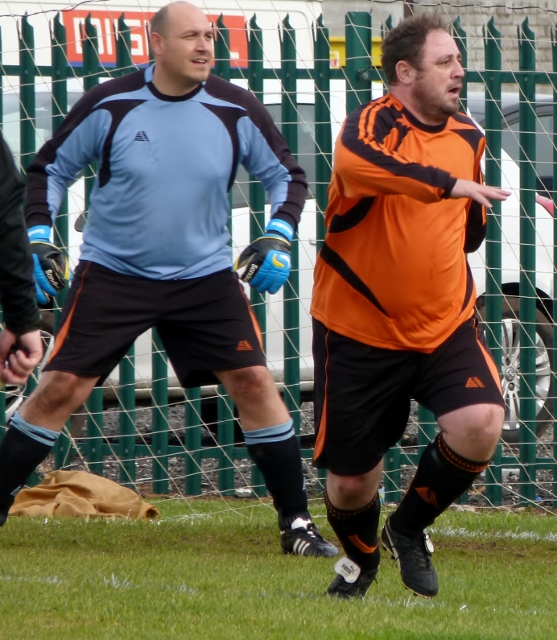 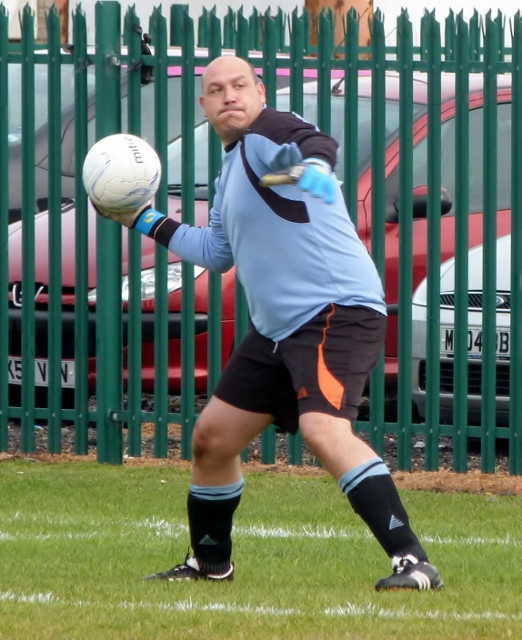 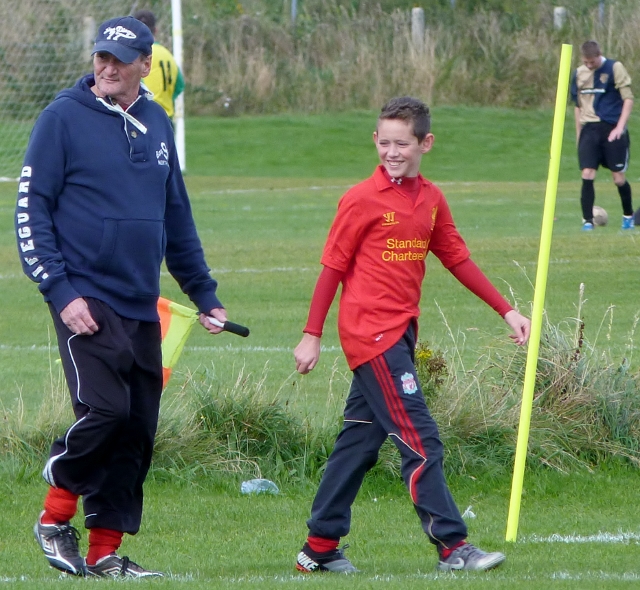 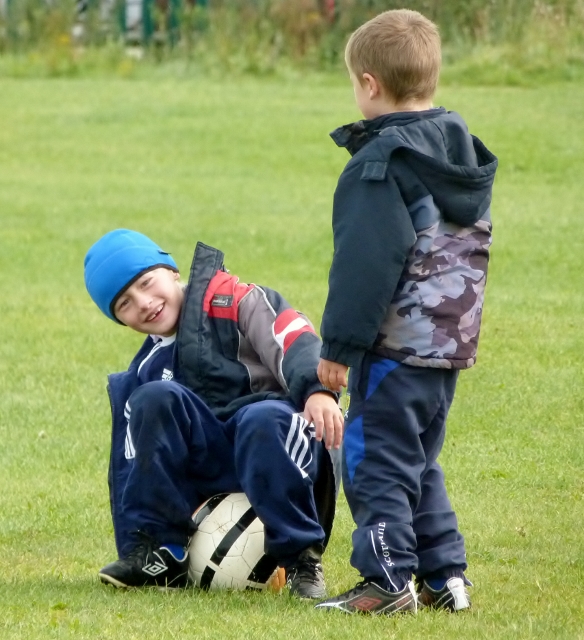 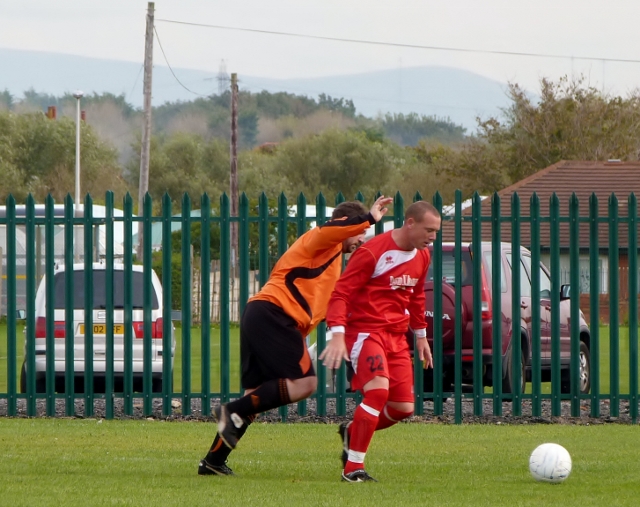 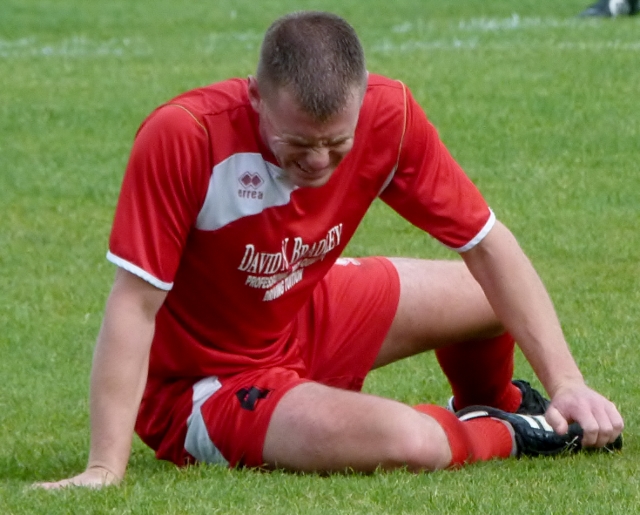 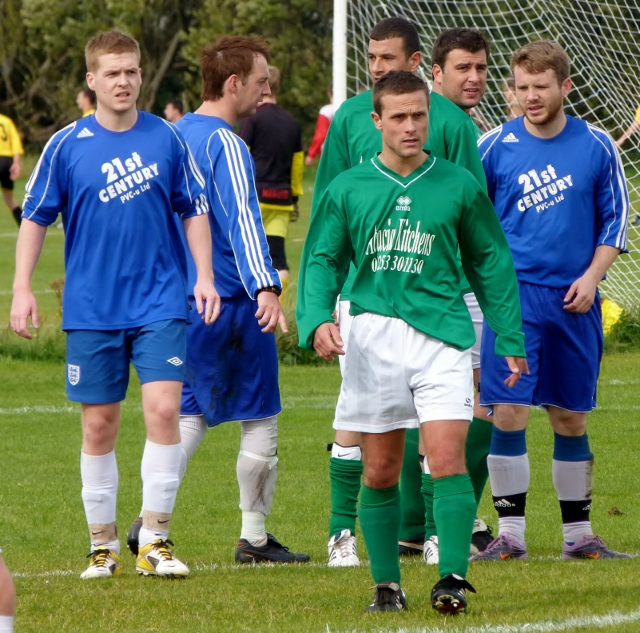 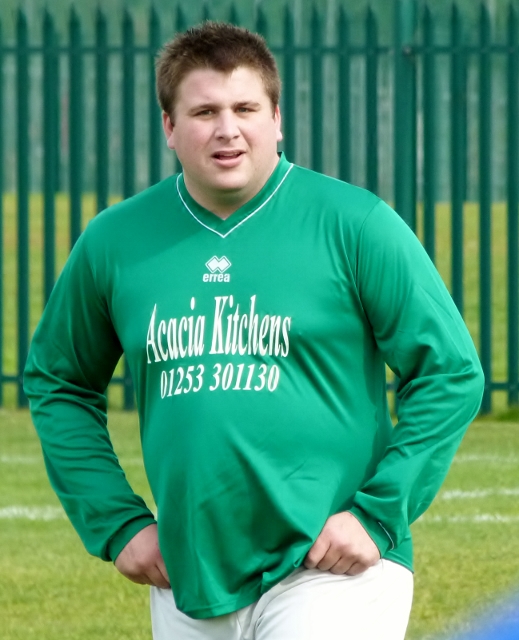 Controversy….at 1-1 CTK FC had a great shout for a penalty after their player was clearly pulled back inside the area. 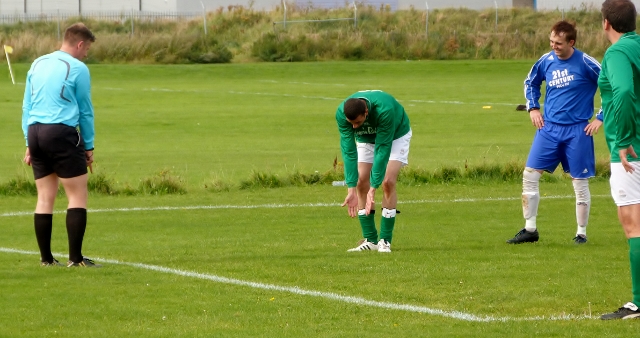 Referee Simon Moore saw it differenty…..CTK protest whist the Windows player grins (got away with it) 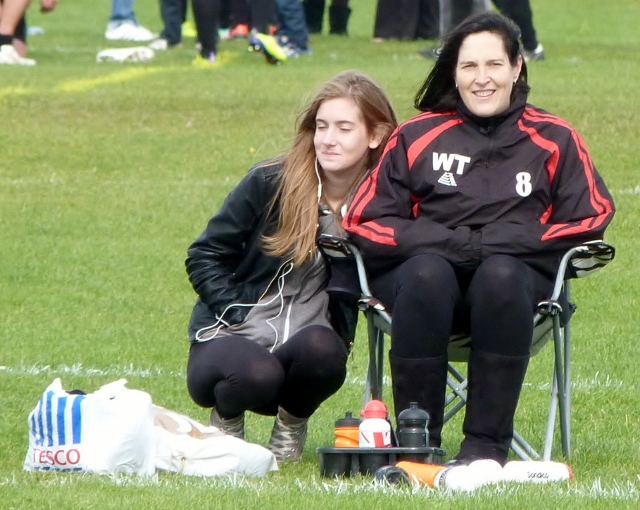 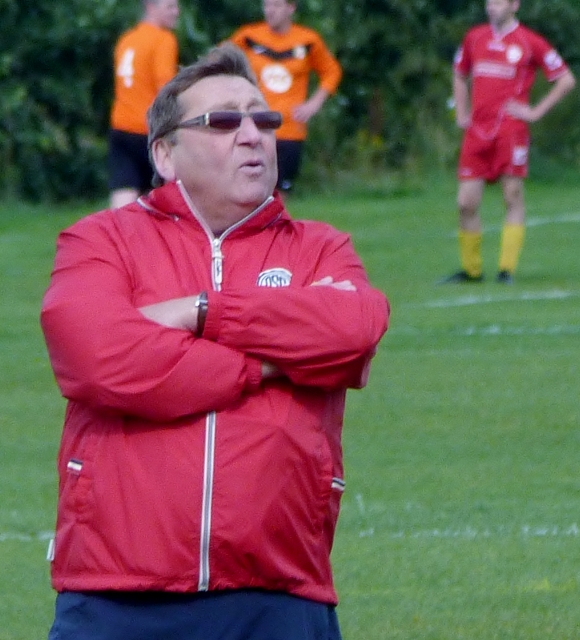 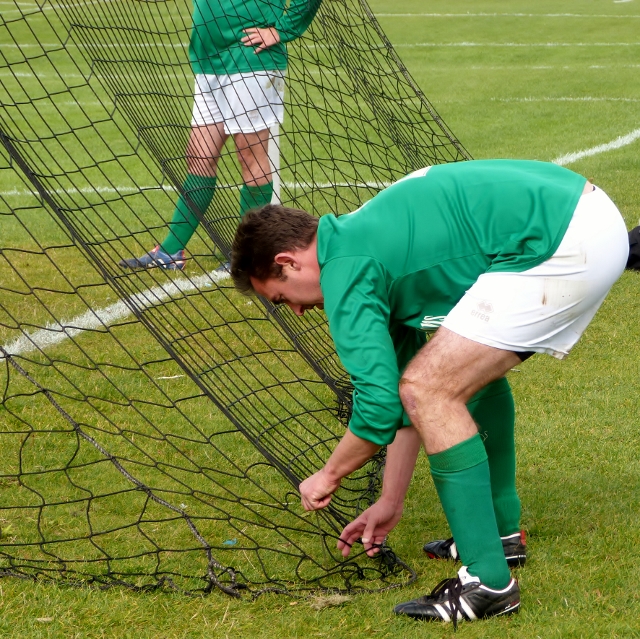 Last minute net repair prior to the corner

A cross from the right, Goldberg was going the other way as the ball is deflected home. 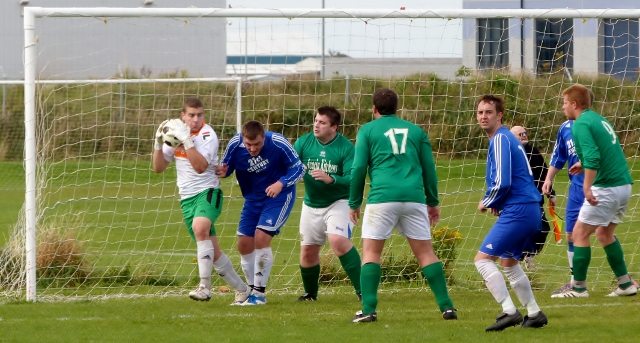 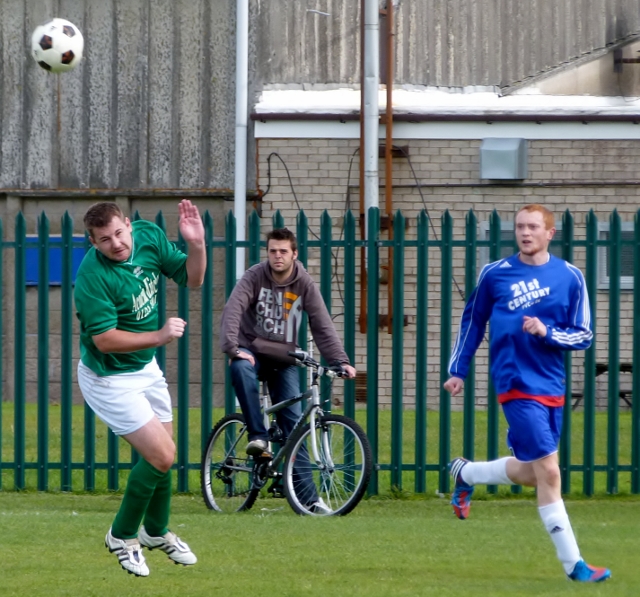