A good win this morning for AFC Additions at home to Revival Tattoos FC puts them joint top of the Prem tonight.  In Division 1, Bathroom Solutions lost their 100% start to the campaign as they were well beaten 5-0 by an impressive looking Blackhurst Budd FC.  Wins for both Fylde Coast and FC Rangers leaves them heading Division 2 this evening after impressive starts to the season.  In the Division 3 game of the day, FC Kingsfield beat Normoss Newton Arms 4-2 away but Bispham Hotel stay top after they beat Hampton Social 7-2.  In Division 4, Wesham Town FC made it four wins from four as their brilliant start to the season continued.

Live action from the ground of Squires Gate FC where Blackhurst Budd FC were away at Bathroom Solutions FC.  Blackhurst won the game 5-0.  The pick of the goals was this fantastic strike from Nick Greenall.  (More pictures to follow later).

Bathroom Solutions FC in the white 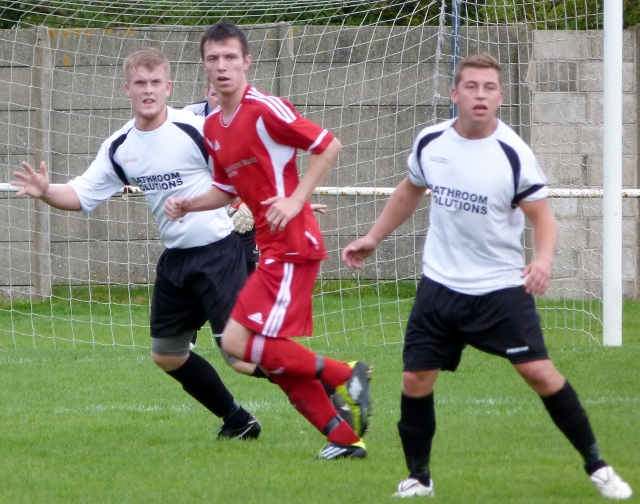 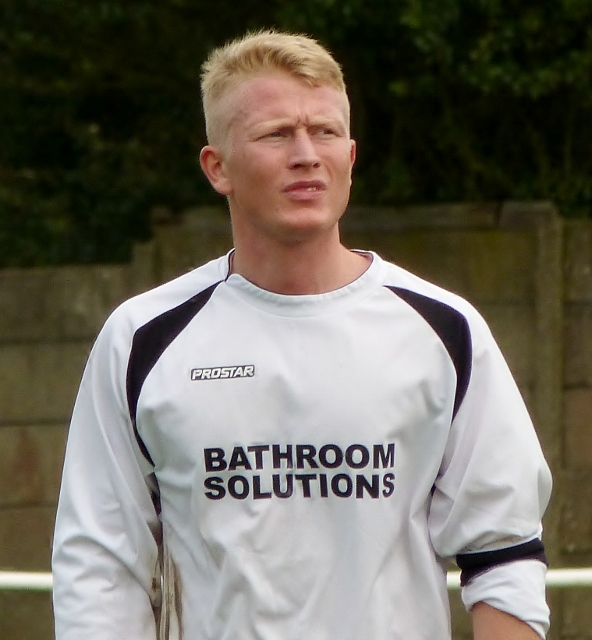 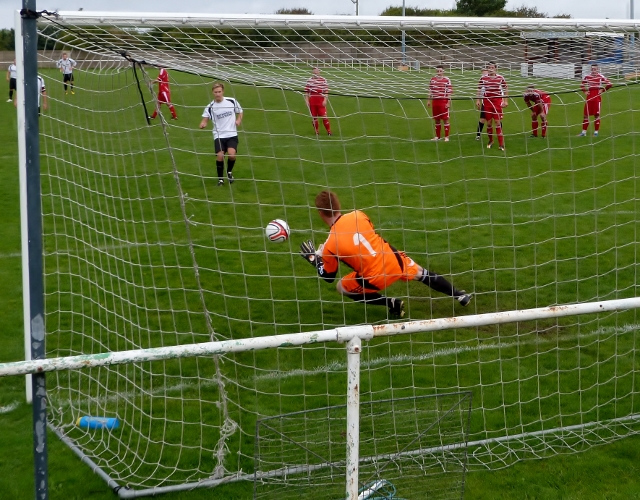 Bathroom were 1-0 down but it was an evenly matched contest.  They were awarded a penalty for handball but the keeper saved Carl Fabers effort – a key moment in the match. 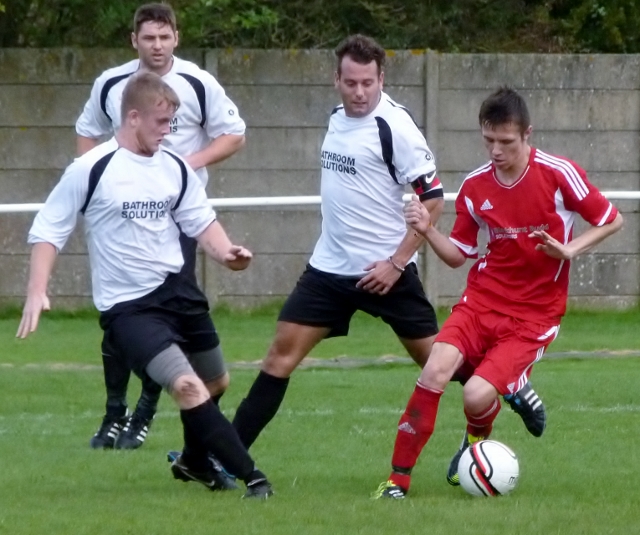 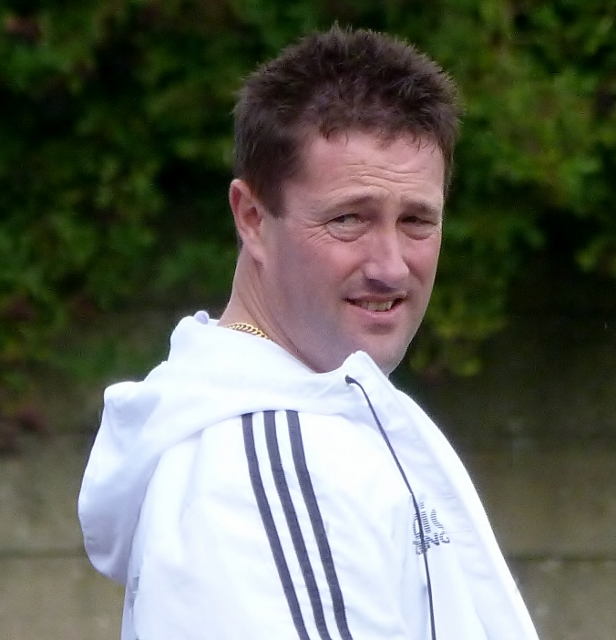 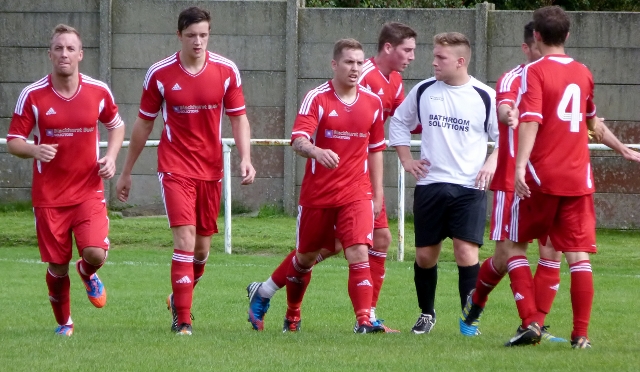 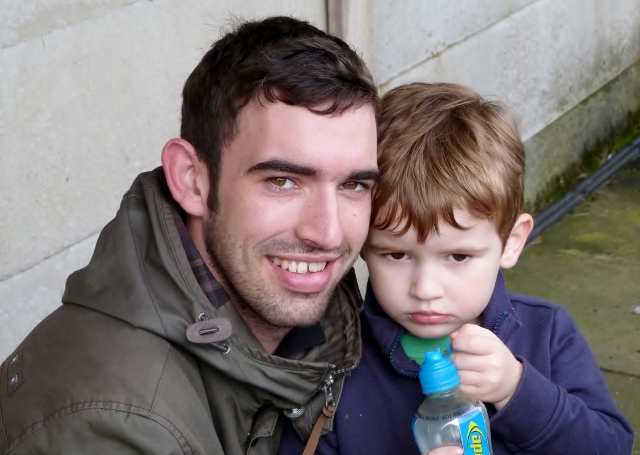 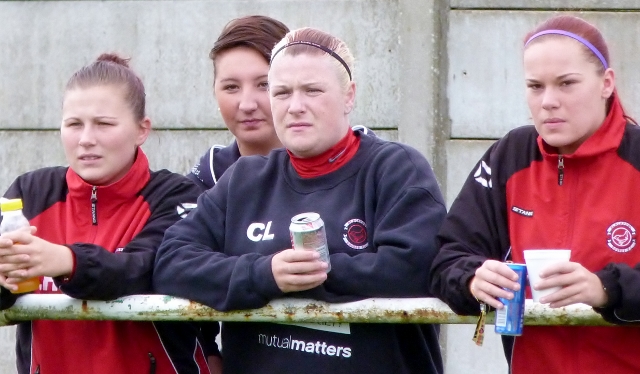 Another great save from the Blackhurst keeper

Before it was eventually scrambled away

Half time…2-0 to Blackhurst 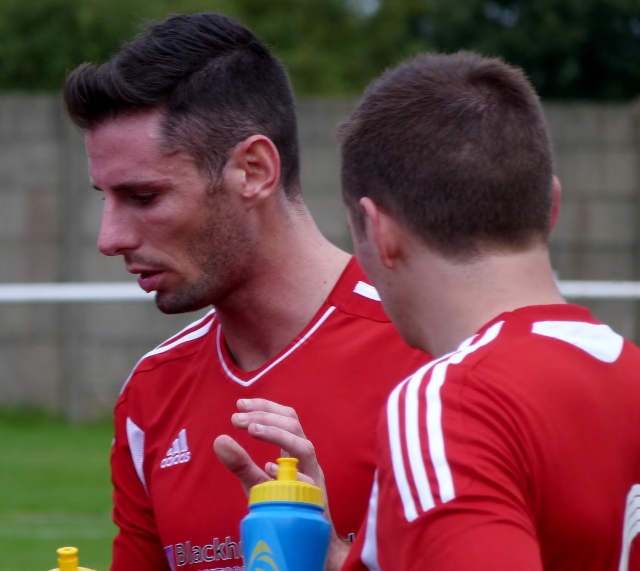 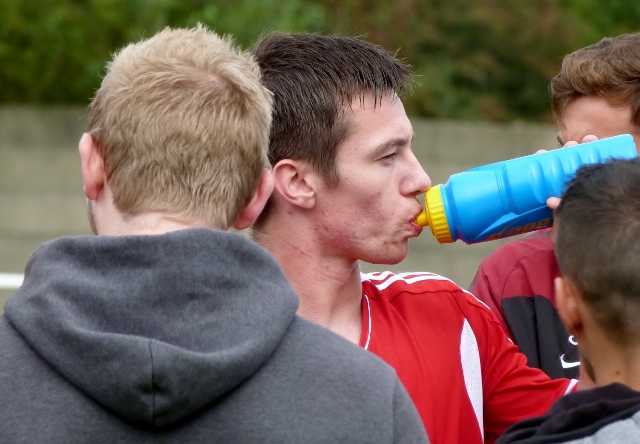 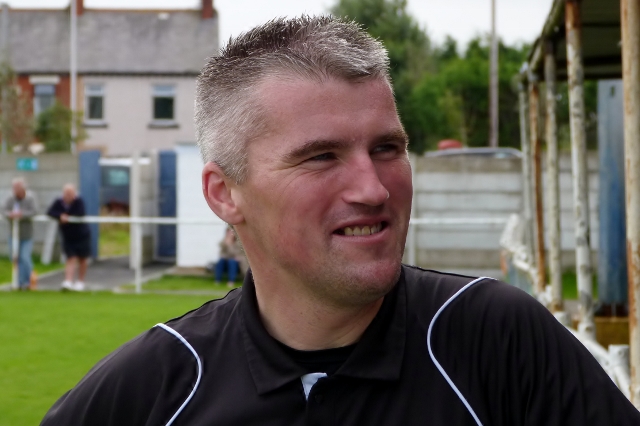 Good to see a famous face down watching Fylde Coast Sunday football…..chief Gazette football writer Will Watt (and friend) getting the brews and bacon barms in for Blackhurst Budd FC 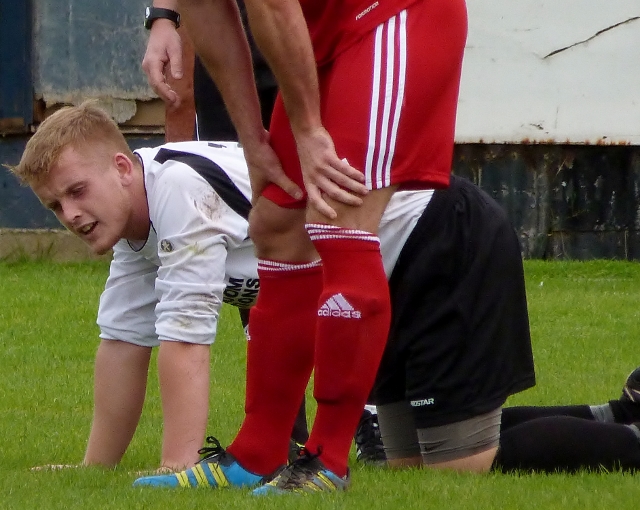 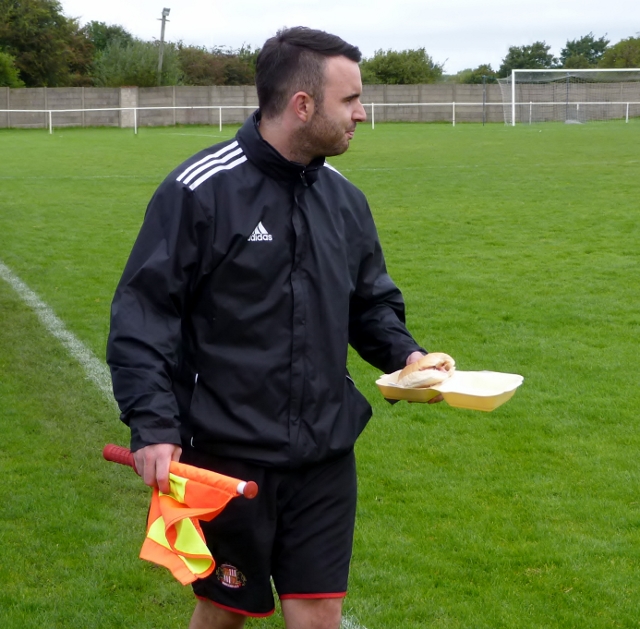 He got it wrong, flagged for offside with the bacon butty 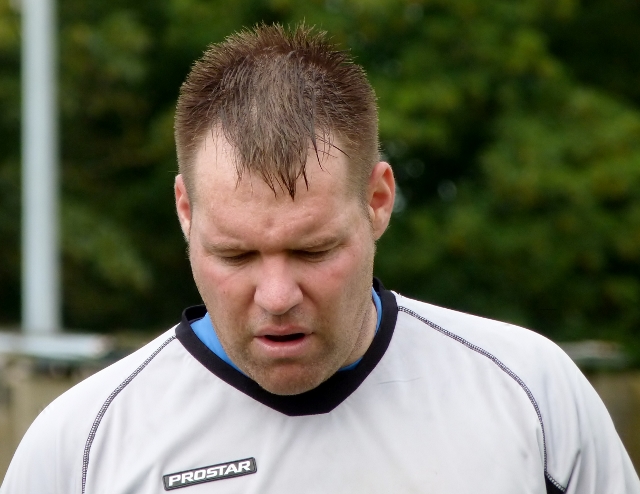 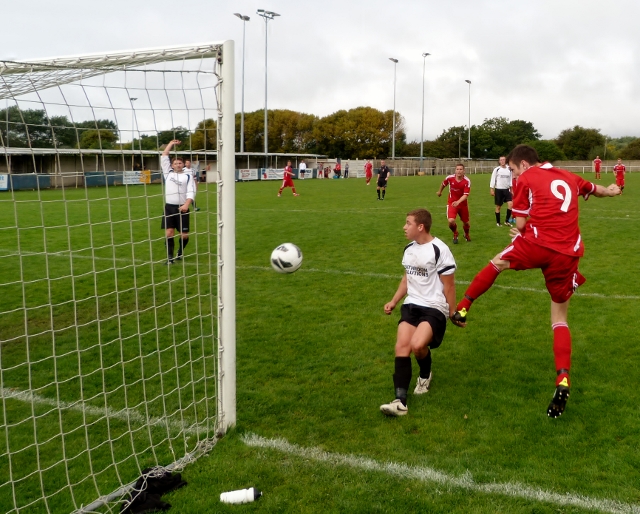 Goals three and four were defensive nighmares for Bathroom…..they knew they were up against a decent strike force but allowed them two free headers.  3-0 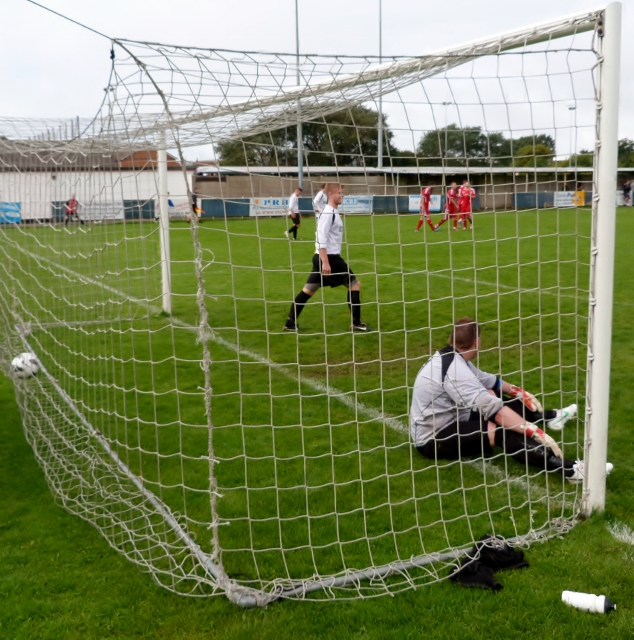 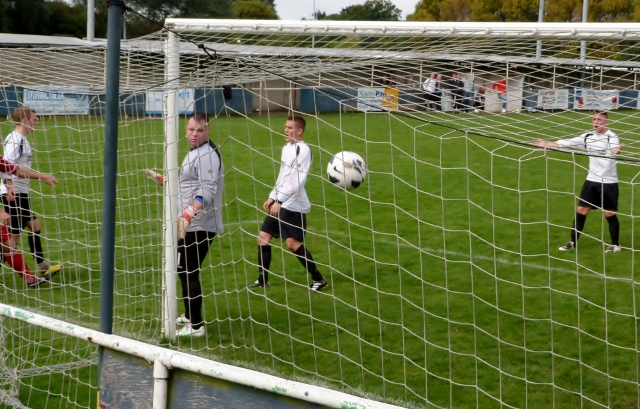 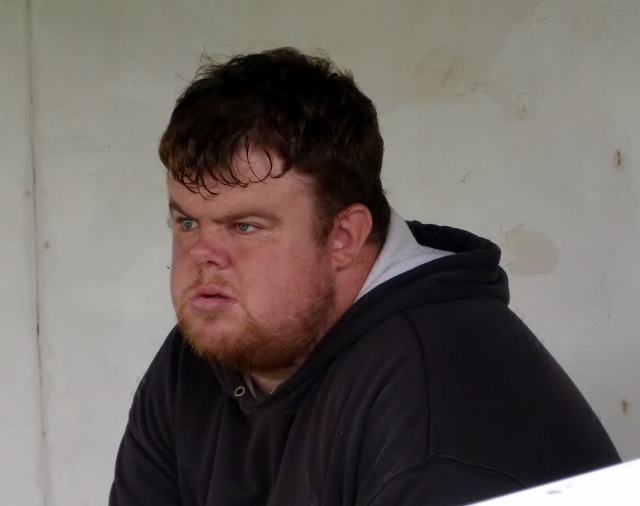 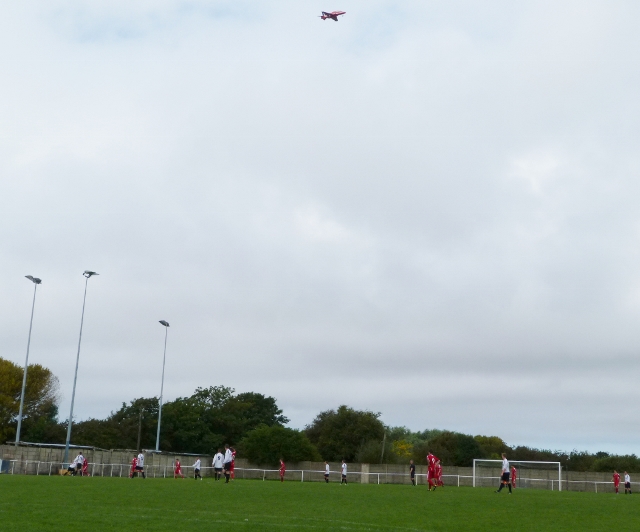 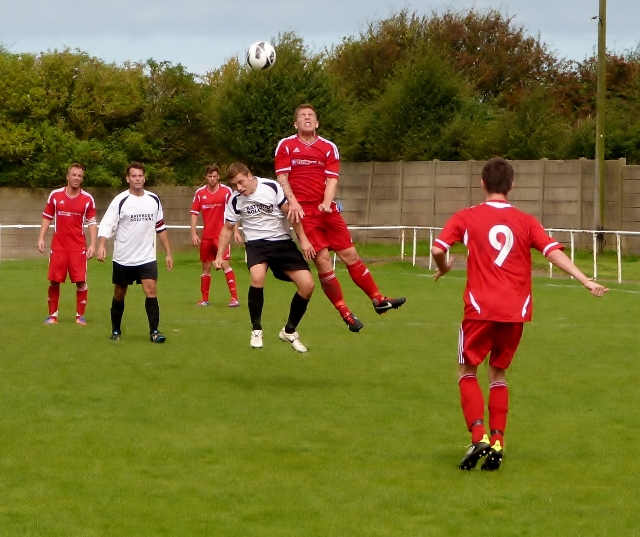 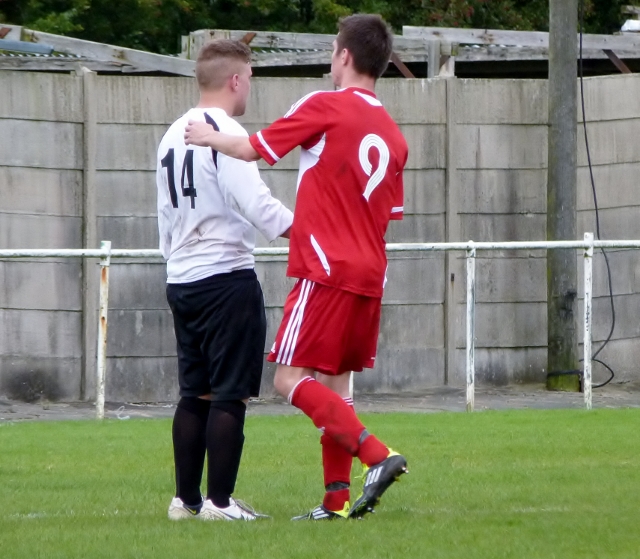 Nick Greenall's left footed rocket in the video at the head of the page made the final scoreline 5-0 to Blackhurst who on first impressions look real contenders for the Division 1 title.