Poulton SFC had come into this final on the back of a twenty-two game unbeaten run that stretched back until last October.  Last Sunday they won the Premier Division/Division 1 Cup as well as securing runners up spot in the Prem.  In contrast, tonight's opponents Parkside FC were unable to hang on to that runners up spot largely due to a stumbling end to the season when they dropped ten points from the last eighteen.

Poulton were decent favourites and in the first 35 minutes they proved the bookmakers correct with an awesome performance that in effect won the game from them.  A Danny Morris Penalty on 6 minutes and an Eastwood shot ten minutes later put them firmly in control and in all fairness they had two great chances to score more early doors but the golden opportunities were squandered.

Parkside finally got going around the 35 minute mark and Phil Smith was very unfortunate not to pull one back when his curling effort hit the angle of crossbar and post.  The second half was a lot more evenly contested but the Poulton goal rarely looked threatened.  Catlow danced around a couple of defenders only to see his shot well saved low down by Romeo.  Parkside were handed a penalty late on that was well despatched by Brookes but it was to be no more than a consolation although it made for a couple of interesting minutes at the end.  The Fyldesport Man of the match was Gary Pett of Poulton SFC.  Covered every blade of grass from box to box for 90 minutes.

Well officiated by referee Hill and his team.  Congratulations to Poulton SFC on their win and well done to Parkside who, on reflection will look back on a very good season. 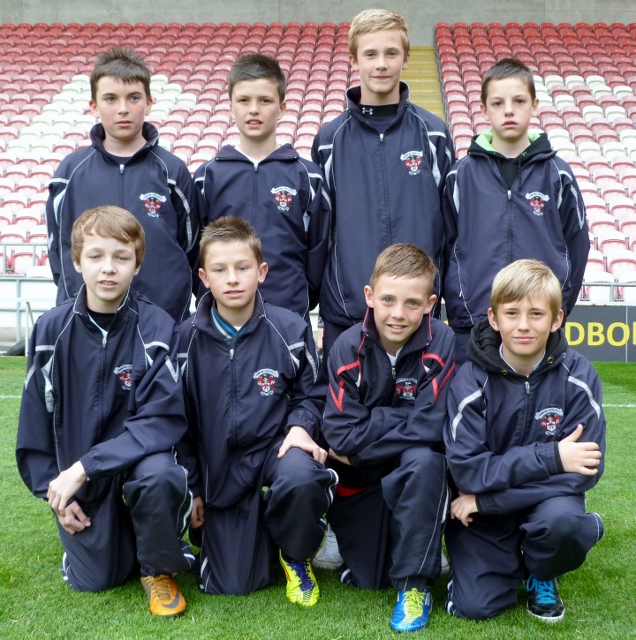 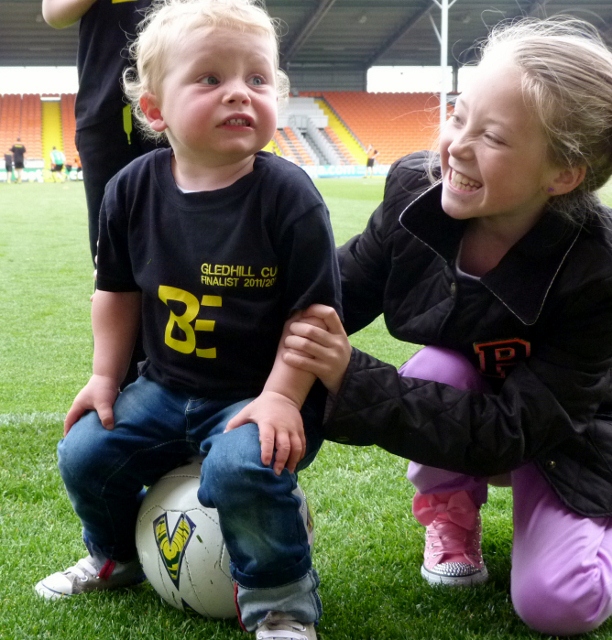 Parkside FC supporter on the ball. 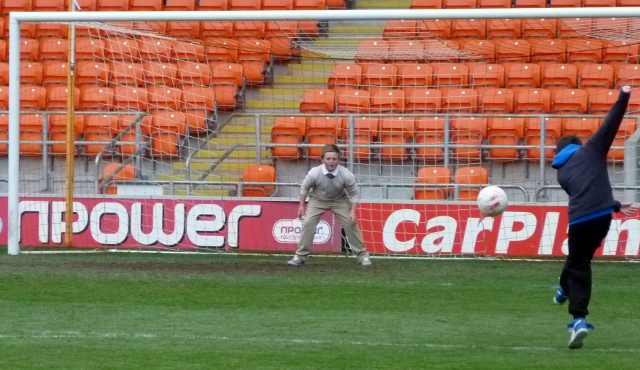 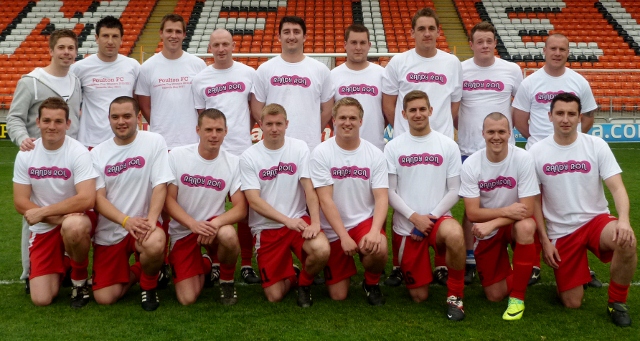 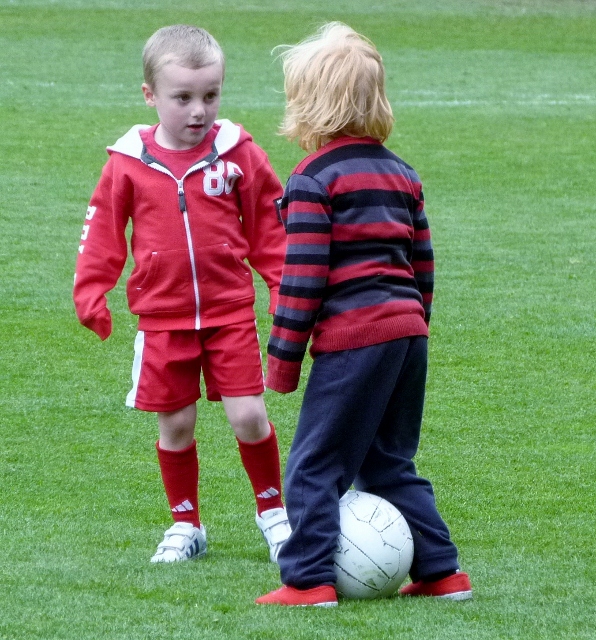 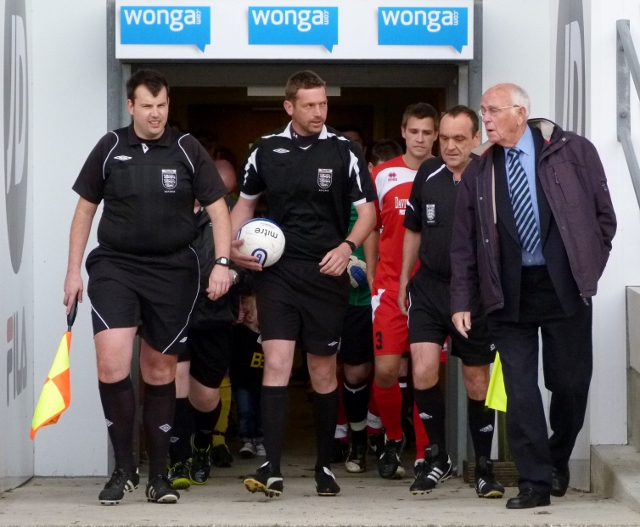 The players and officials emerge from the tunnel 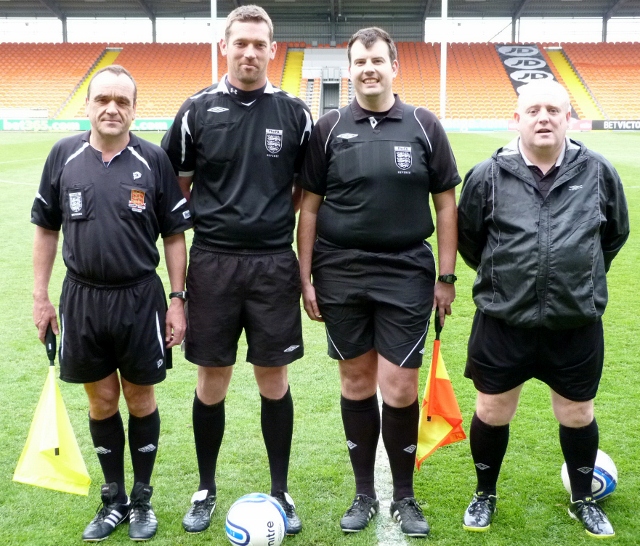 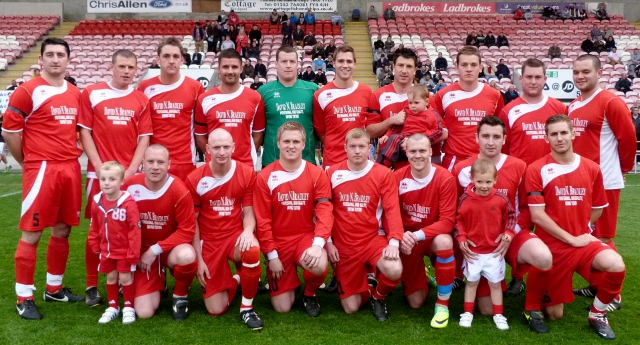 Due to the confusion re the minutes silence for Martin Rogers I was unable to take the parkside FC team picture but if the camera guy who did could E-Mail me a copy to sportspy22@aol.com this is where it will go. 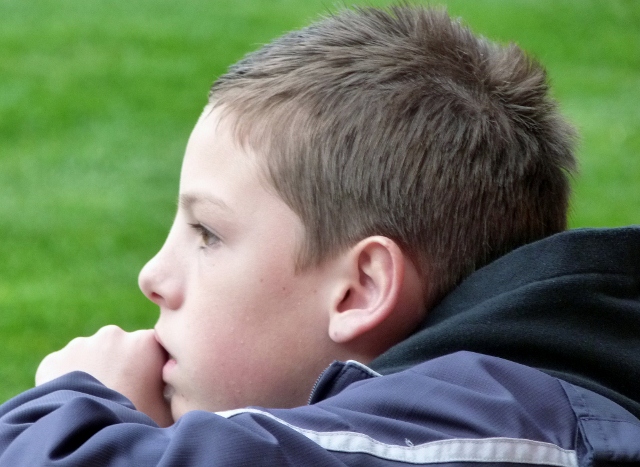 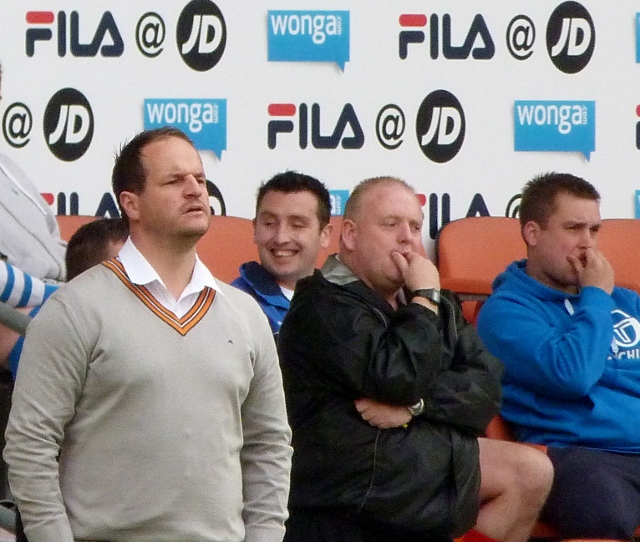 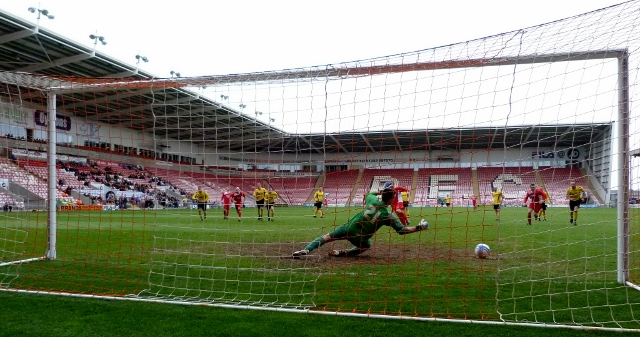 On 6 minutes referee Hill adjudged that a Parkside player had handled a corner above his head.  Penalty – Danny Morris buries it in the corner.  1-0 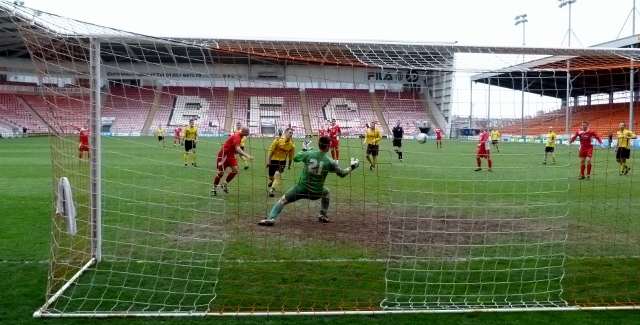 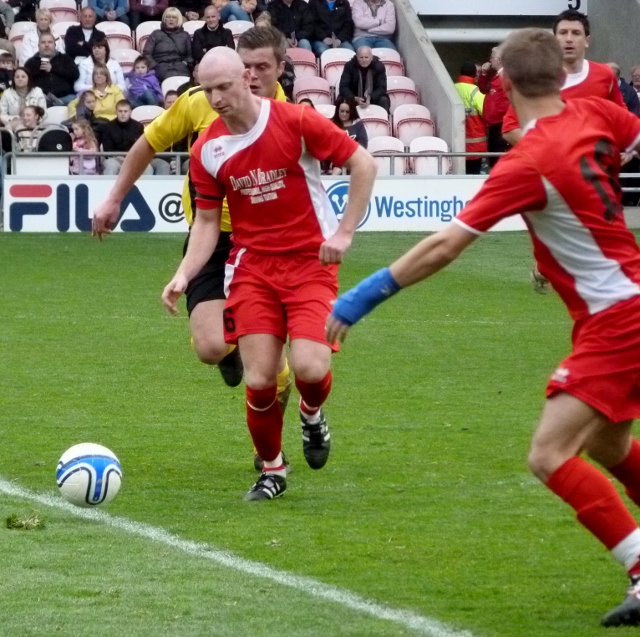 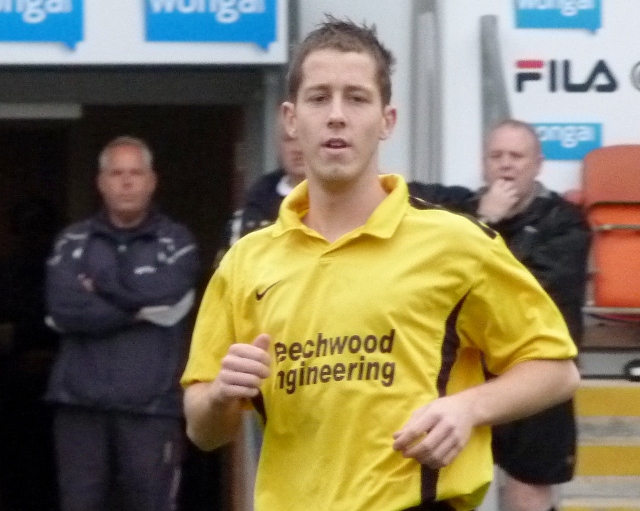 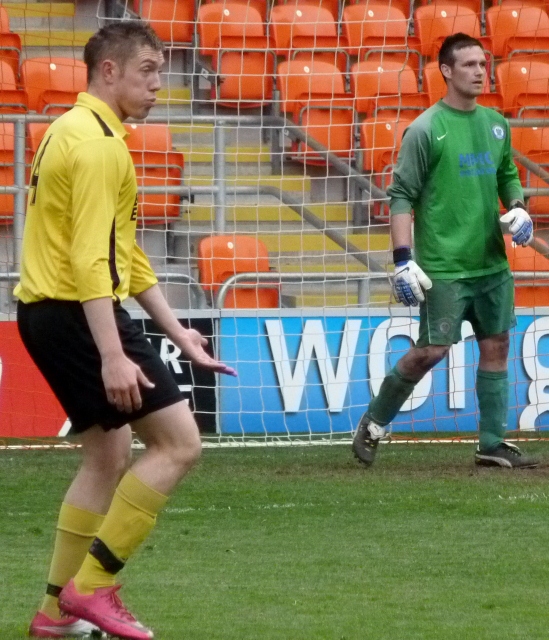 Craig Littlewood in goals for Parkside

The crowd watches on 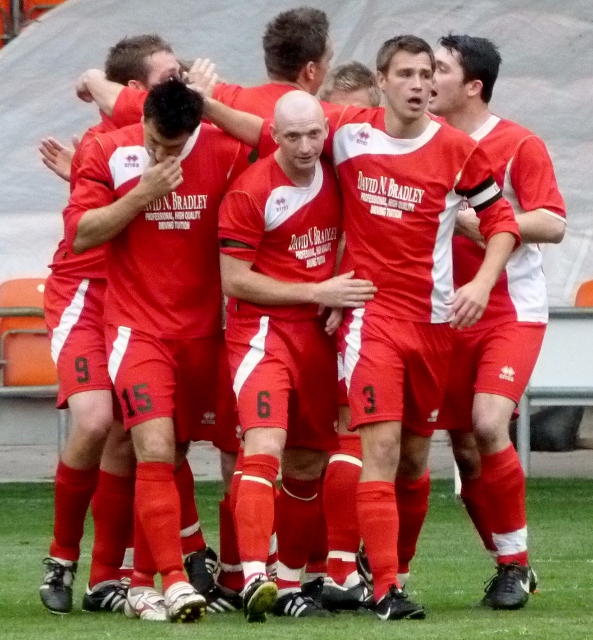 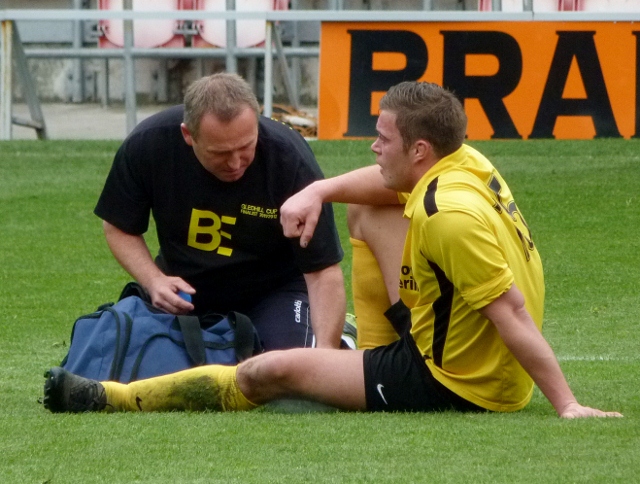 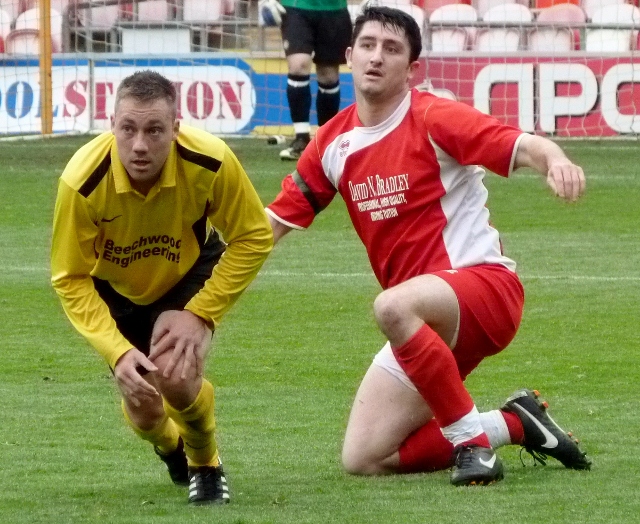 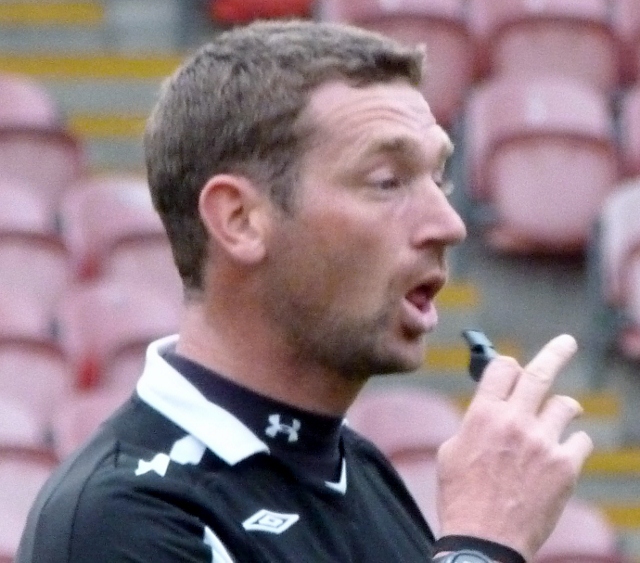 A good performance from BFSFA referee of the year Steve Hill 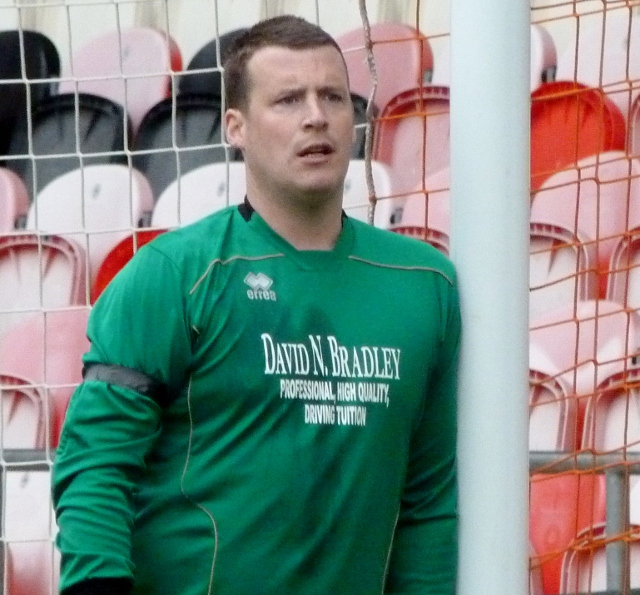 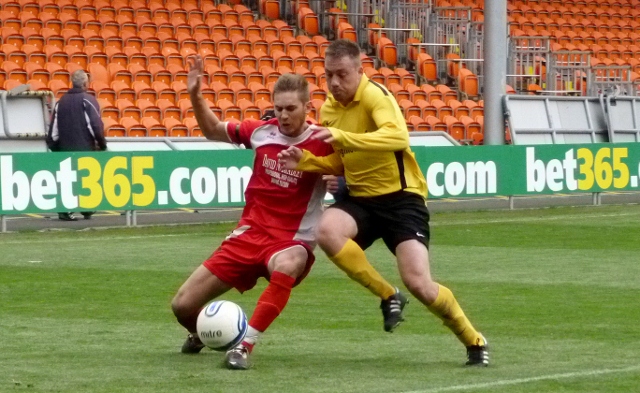 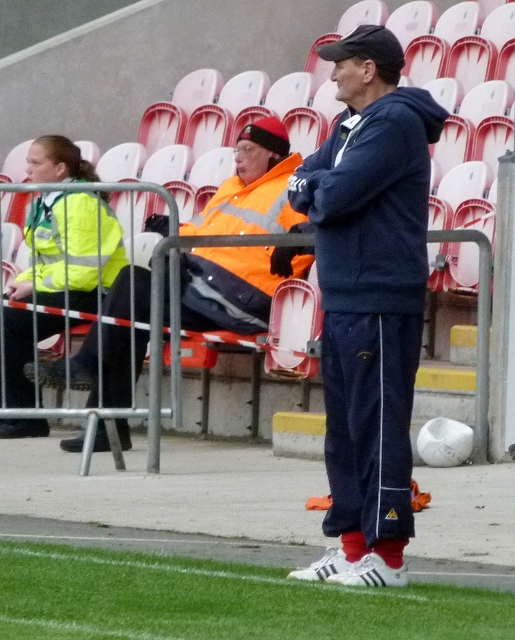 Parkside's best effort of the first half.  Phil Smith (Out of picture cut in from the right and hit a great curling effort on to the bar with Speight well beaten.  You can just see the ball on the angle. 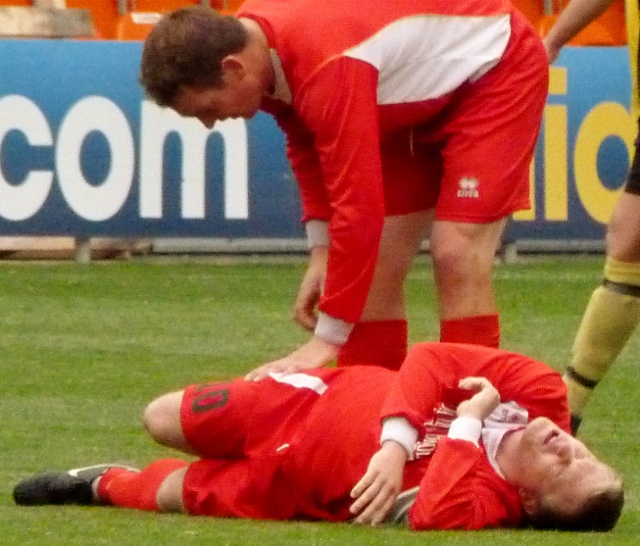 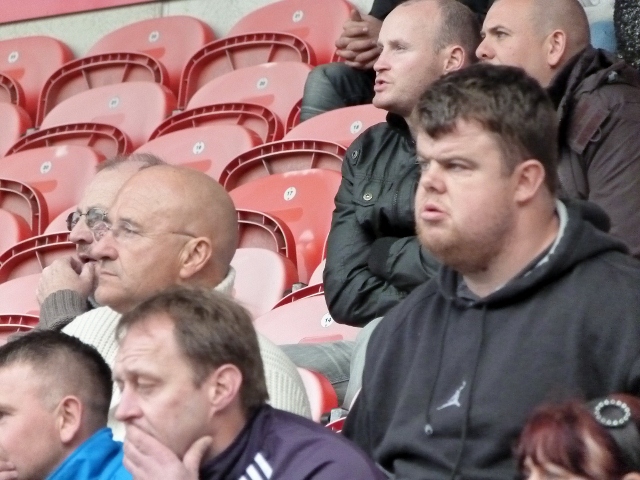 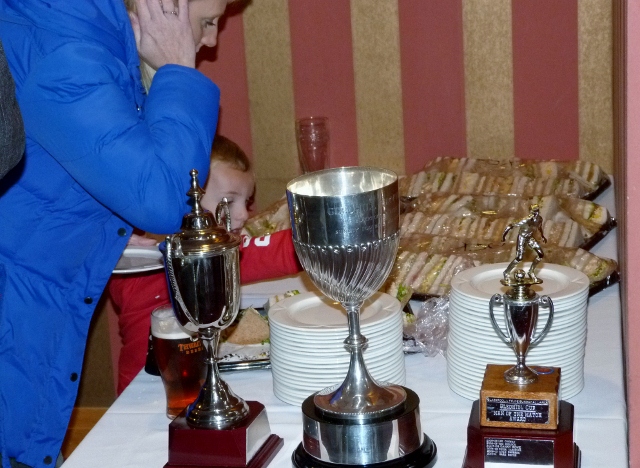 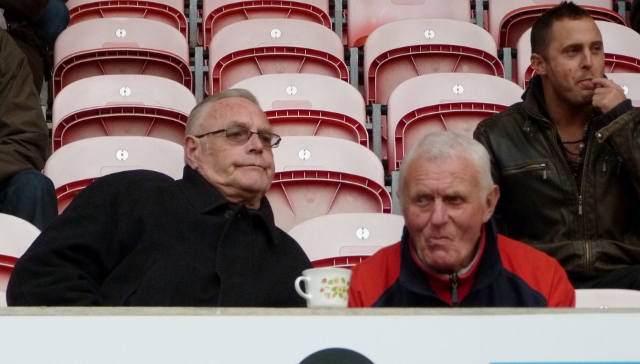 and down in the stand with a cup of bovril

Good to see the 'Fair Play' penalty prize competition back at half time in the Gledhill.  This year it was won by the Squirrel…