Heavy overnight frost decimates the weekend's Sunday Football programme but  ten matches survive.  In the Prem/Division 1 Cup, Northern Care Colts FC put out Fleetwood Gym.  Stable Bar up to second in Division 2 after they beat the Sun Inn 3-1.  Marshall Court Sandpiper are climbing the table in Division 3 but they're running out of games, 5-3 they beat St Annes FC today.  FC Newton recover from a poor start to beat Fylde Coast Vets 5-2 and they stop tonight.  Thatched FC are close on their heels after they beat Berry's Beds 4-0 and Excellent UK FC beat Soul Suite to stay very much in the title race.  DH Gas beat Lane Ends Reserves 3-2 away from home and well done to bottom club FC Victoria who achieved their first ever BFSFA victory in style as they beat Stanley Arms Wesham 7-0 away.

For many Fylde Coast Sunday footballers it was to be the disconsolate trudge back to the car park after many matches failed referees' pitch inspections.  This was the scene at Commonedge Road at 10-55

Spindles (Off) Christ the King

The County (Off) Tower Lounge 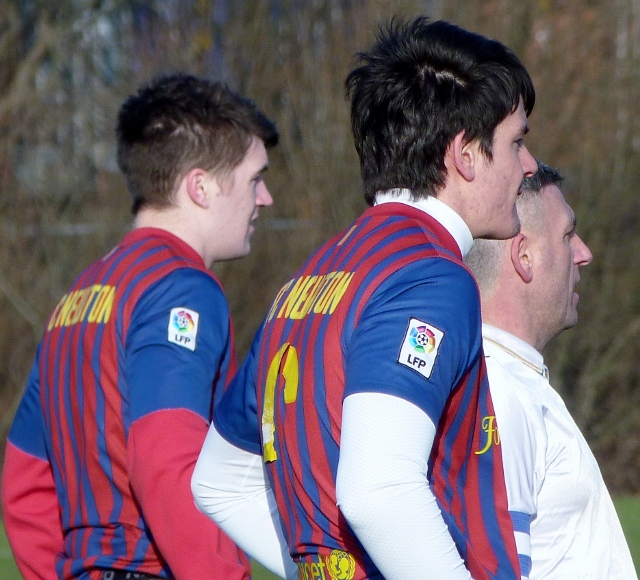 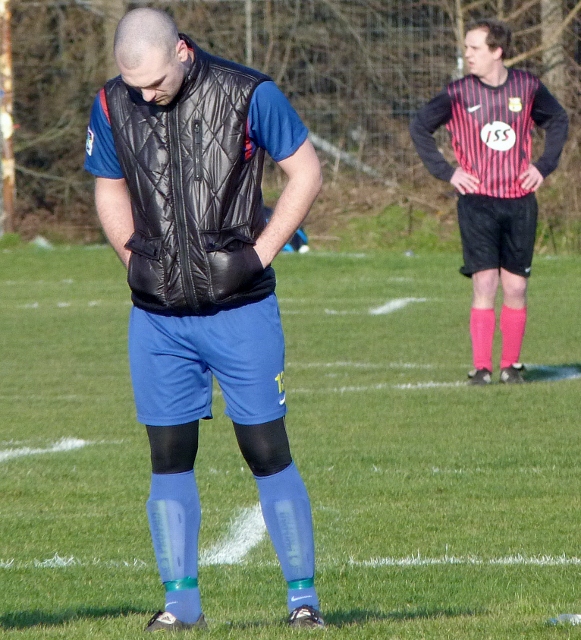 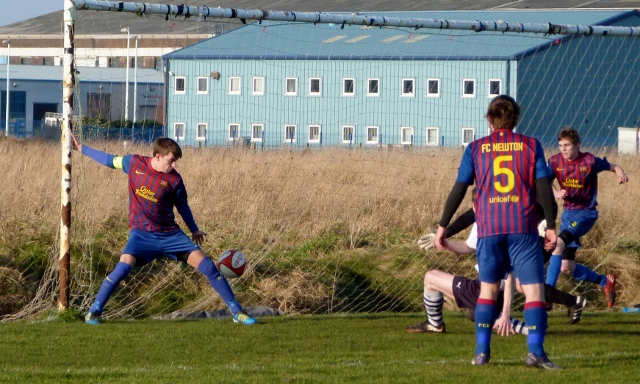 Fylde Coast Vets FC deservedly take the lead from a corner against top of the table opposition. 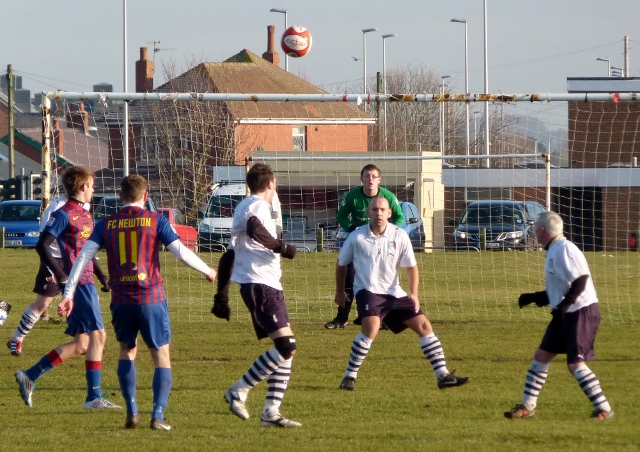 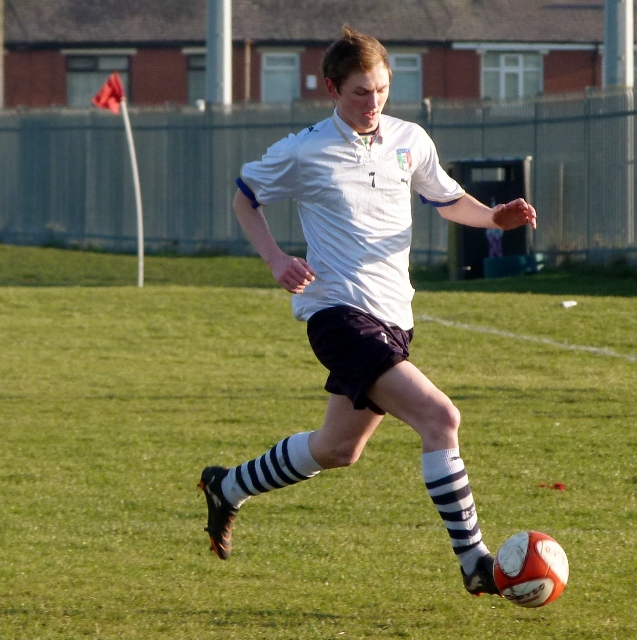 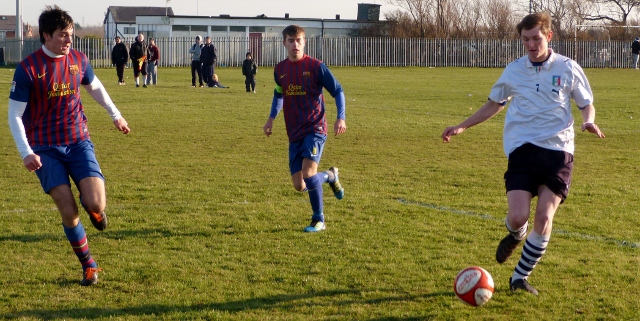 On pitch 6, FC Victoria go 2-0 up away at the Stanley Arms, Wesham FC.  The keeper came for a free kick but came up short as it was headed over him and into the net 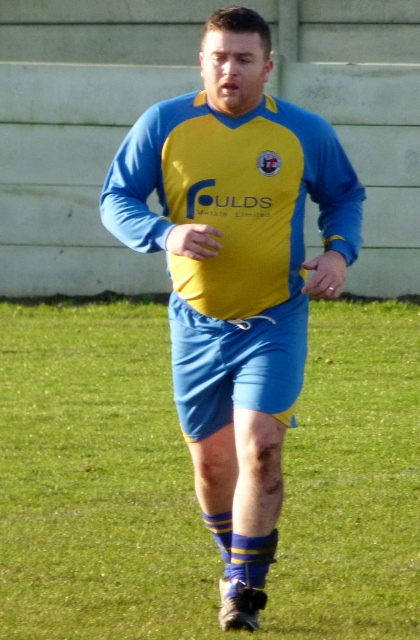 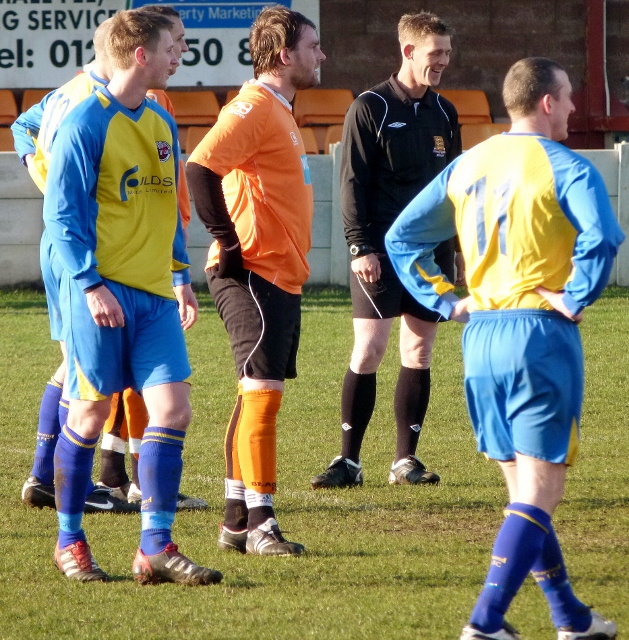 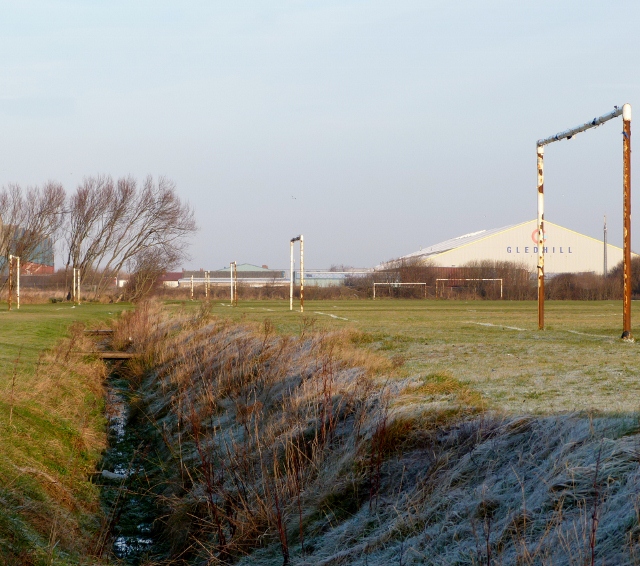 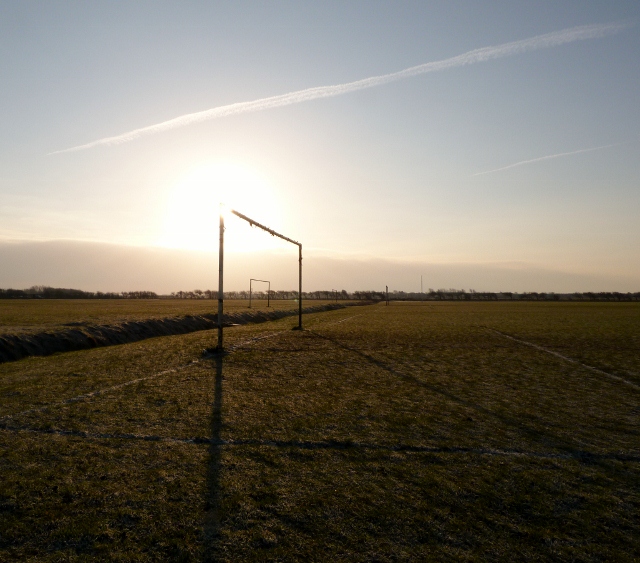 An icy start to the day this morning at Commonedge Road.