Three wins in row for Great Eccleston FC in the Prem as they stay second.  Poulton SFC move into third after they beat Mythop Leisure FC 4-0.  Blackpool Motor Works FC retain top spot in Division 1 after they trounce C&G Electrical FC 11-2.  Both Boars Head FC and 21st Century Windows FC make ground in Division 2 as Blackpol Lane Ends FC are held to a 1-1 draw.  FC Kingsfield narrow the gap in Division 3 after they win and leaders Xceptional Kitchens FC are beaten away at Mere Park FC.  Thatched FC win the big game of the day in Division 4 after beating rivals Soul Suite FC 4-3 away.  FC Newton are looking good in third as their latest win takes them within three points of the leaders with three games in hand. 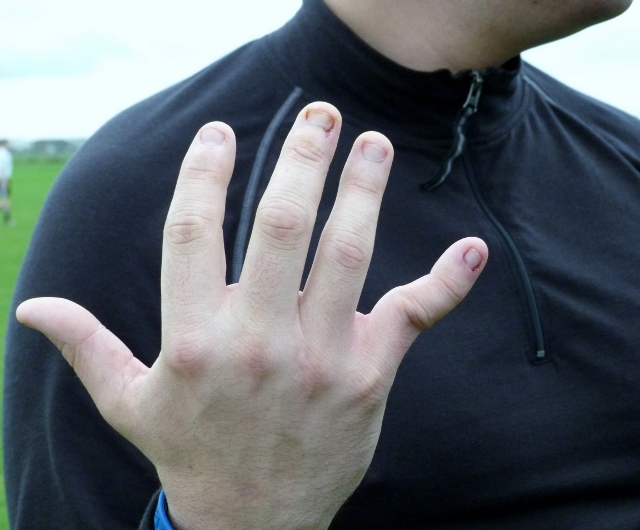 Ouch, that looks a little painful.  The Bluespot Knee Clinic FC keeper dislocated his little finger resulting in an unscheduled visit to the infirmary. 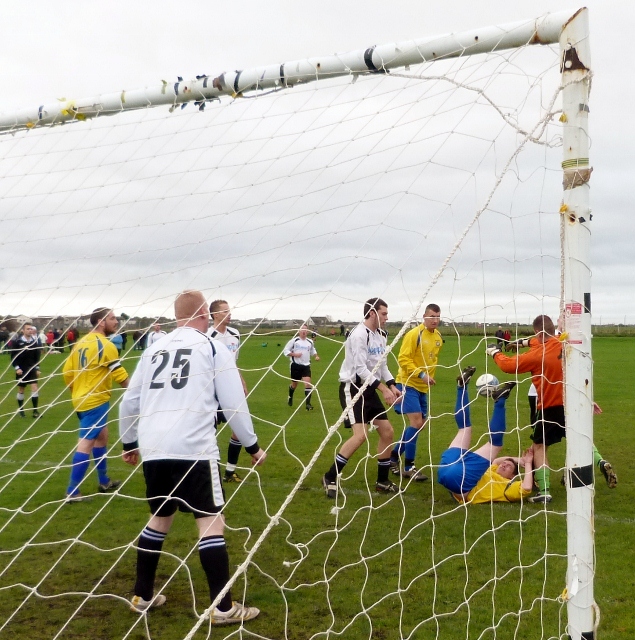 In Division 3, Bluespot Knee Clinic FC were at home to the recently reformed Bispham Hotel FC.  After a shaky start to the season, Bispham (Yellow) have enjoyed a recent upturn in form.  It continued to day with a comfortable 4-0 away win. (Dying fly!) 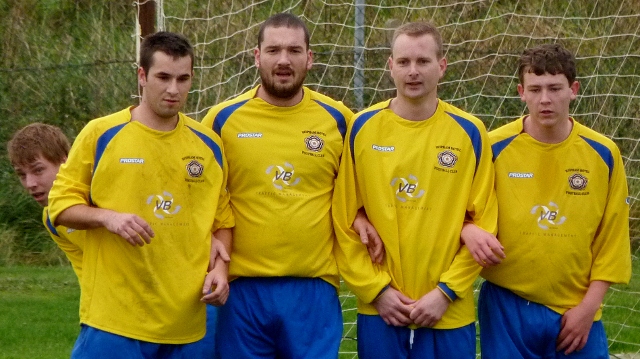 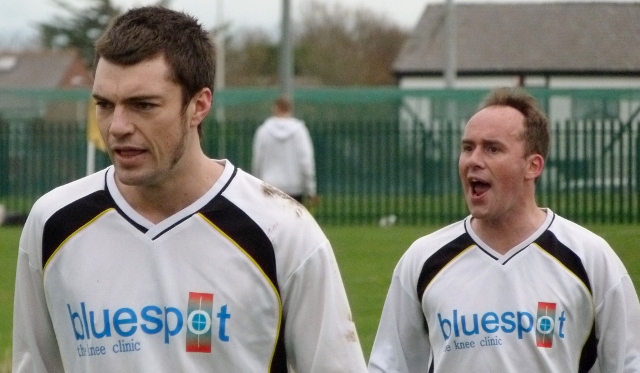 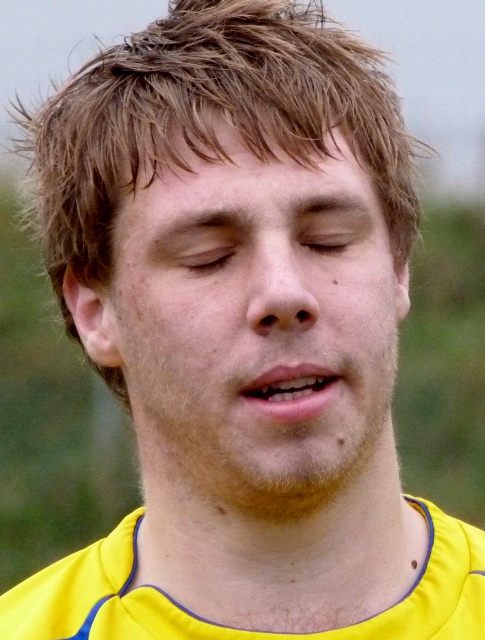 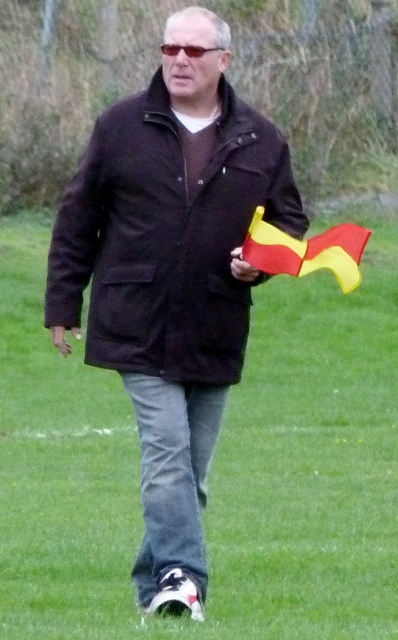 Ex referee and Bispham Hotel FC secretary John McNicholas was running the line.  He waved the flag that often I thought the Queen was passing by. 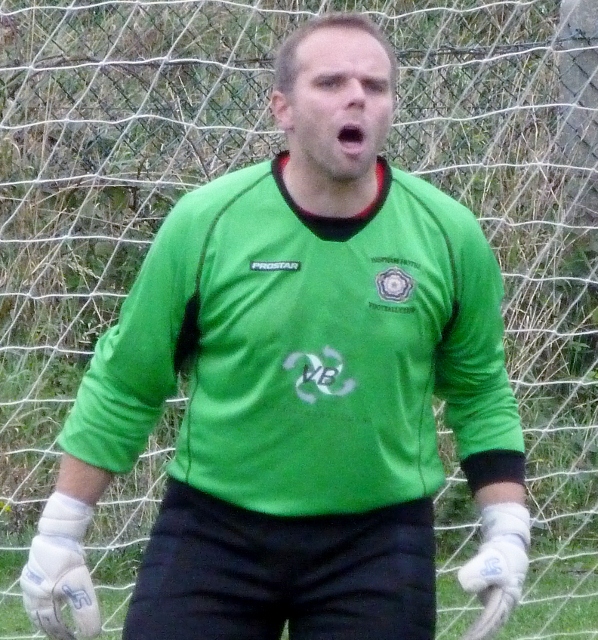 It's almost 'simian' isn't it.  Bispham keeper 'Mooky' – arms disproportionately out of kilter with his body – a real knuckle scraper. 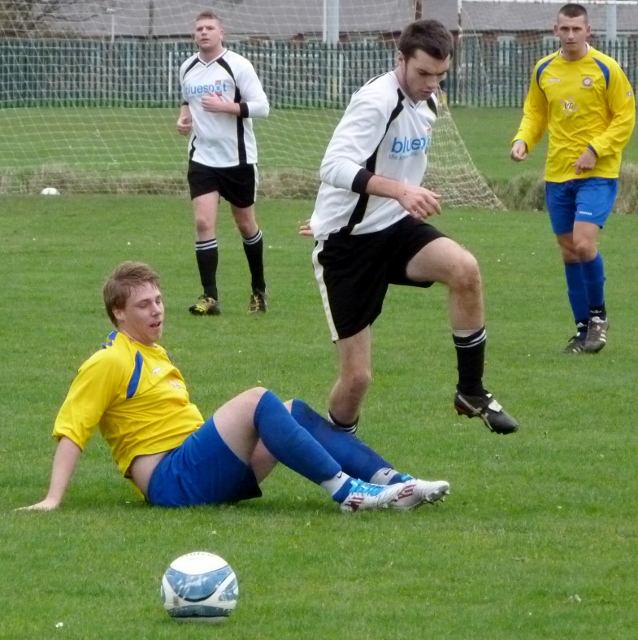 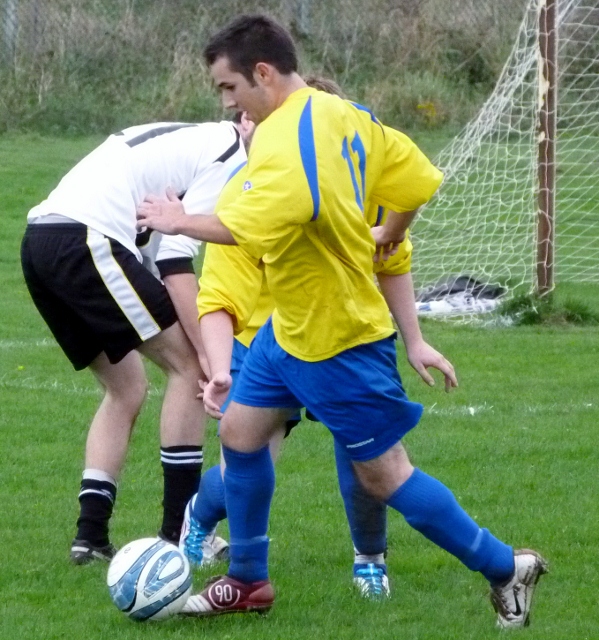 Trickery in the box 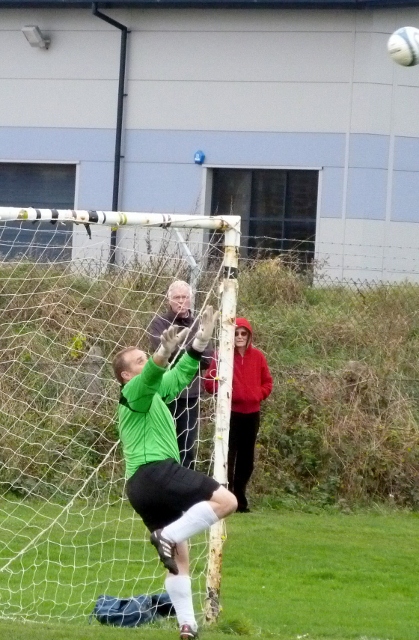 Watch it all the way mate 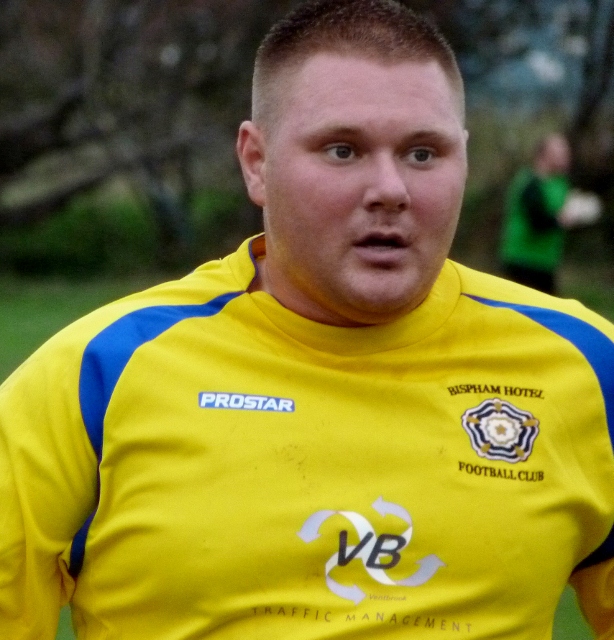 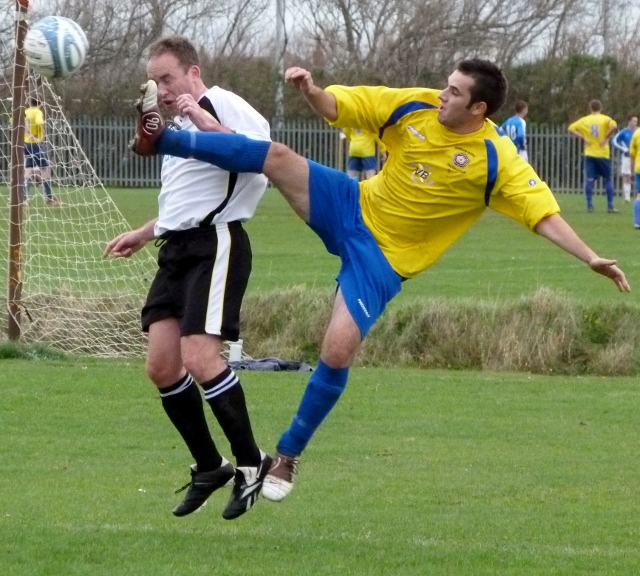 The ref quite rightly gave a free kick for a high boot.  'NEVER REF' screamed the Bispham player. 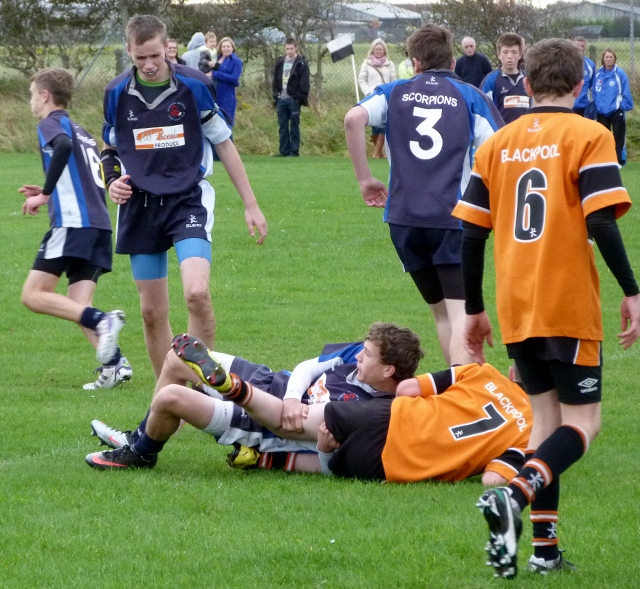 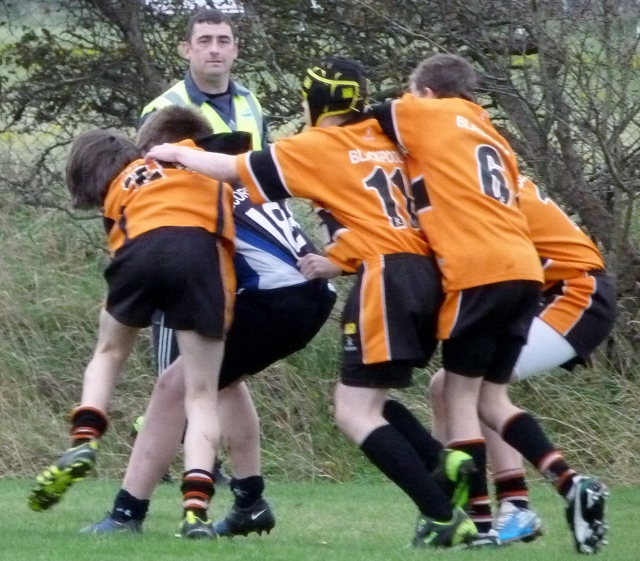 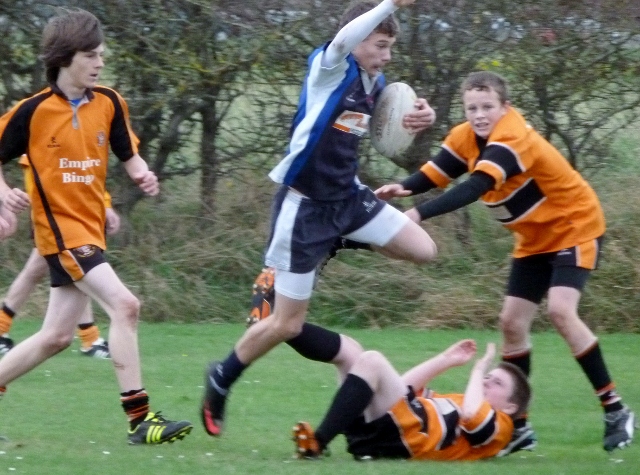 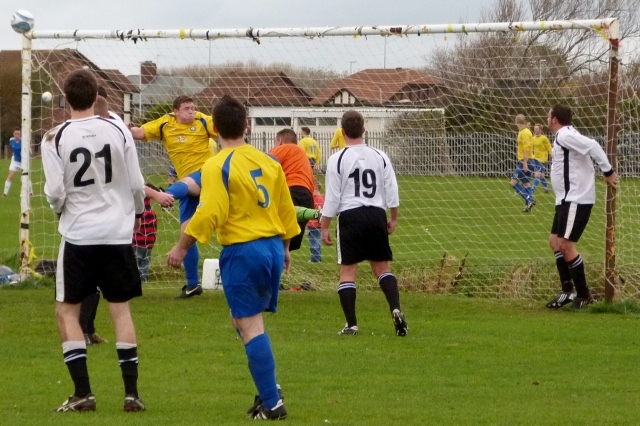 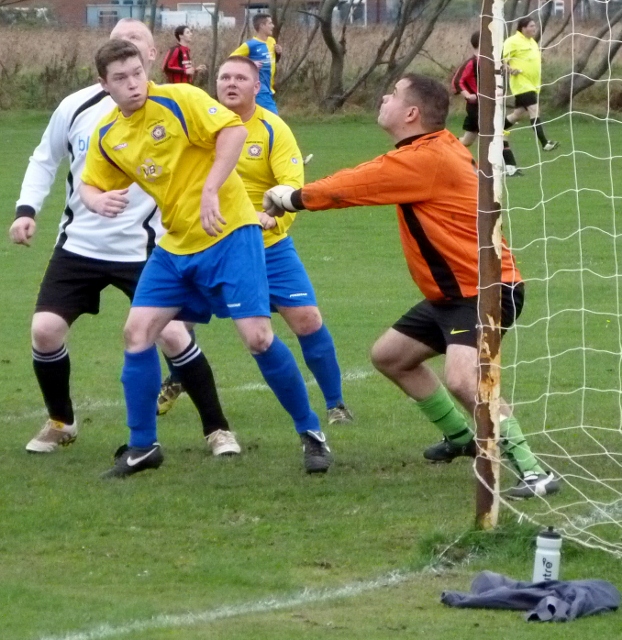 Phillipson Peltier weighs up his options sporting the old Ashiana FC socks for 21st Century Windows FC as they climbed the table following a 2-0 win against CTK FC. 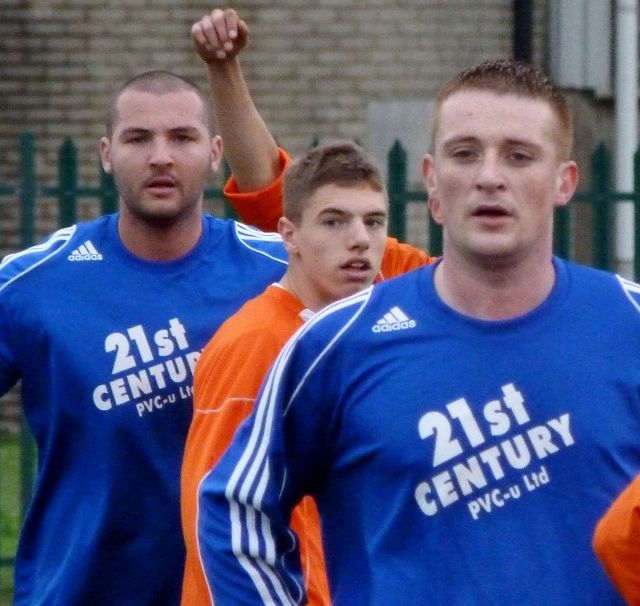 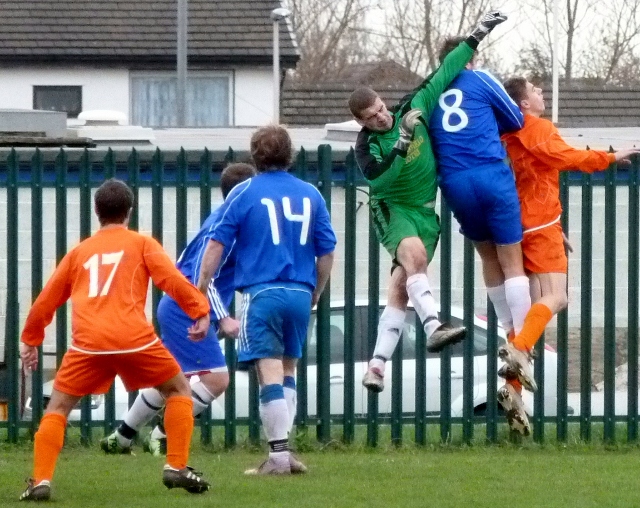 Alex Walker playing for Lane Ends Reserves FC at home to Stanley Arms, Wesham FC in the much anticipated Division 4 Kirkham derby.  It was to be Stanley's day as they ran out 3-1 winners. 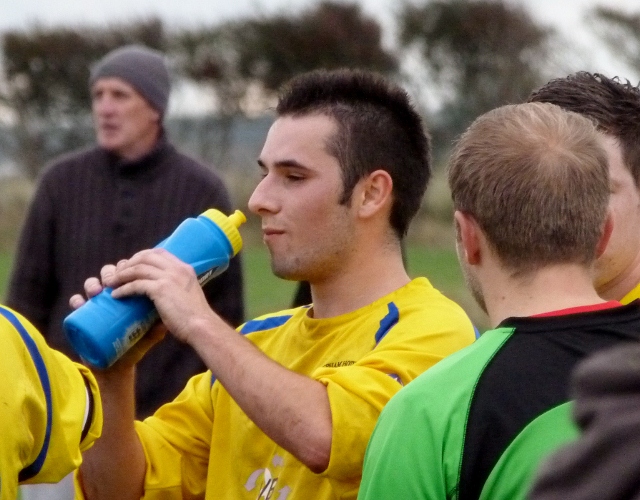 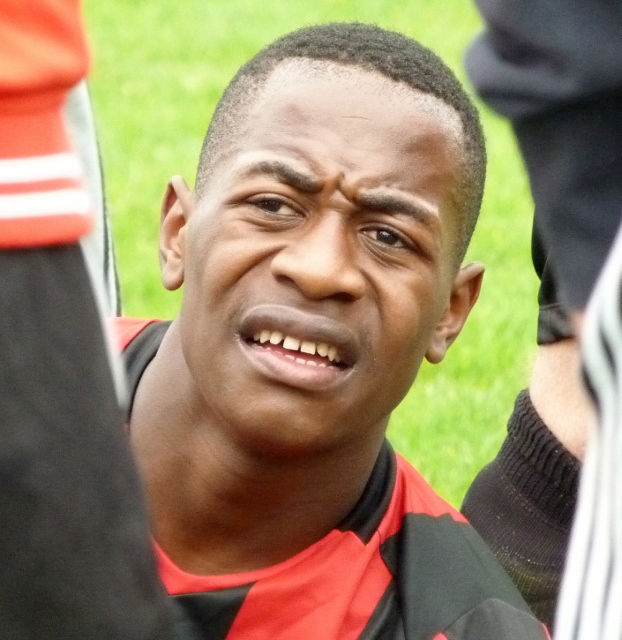 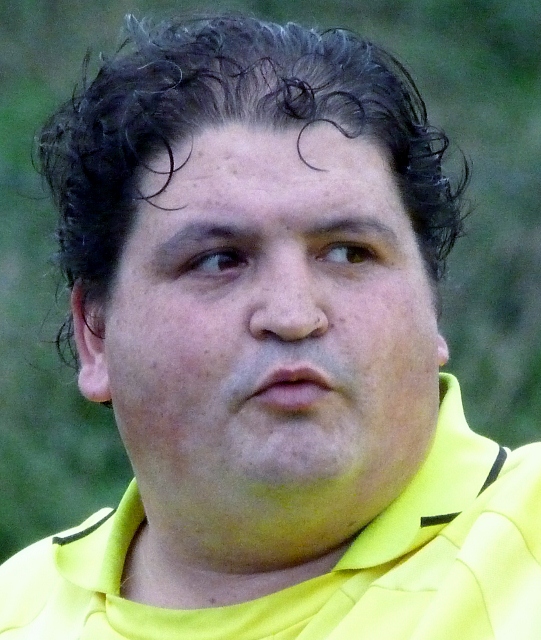 Another inexplicable goal keeping habit of spitting into the gloves.  Extensive scientific research has proved conclusively that it has no positive effect whatsoever on the capability of the stopper.  In addition, some say it's for luck but in the picture below you'll see that theory going out of the window as well.

Appetite suppressor – he won't be picking his nose for a while

'Strange, my application forms always score well but I never seem to get through the interview' 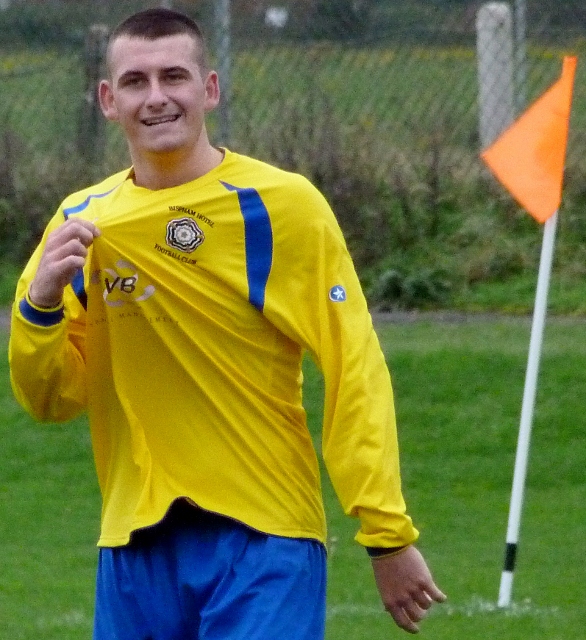 Badge kisser Jordan after bagging his hat trick for the Bippy 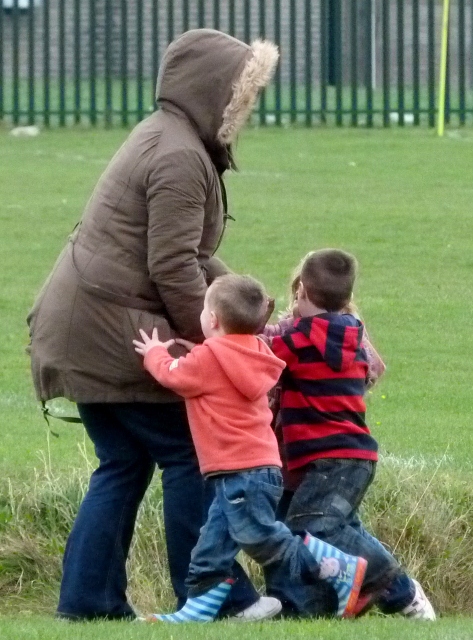 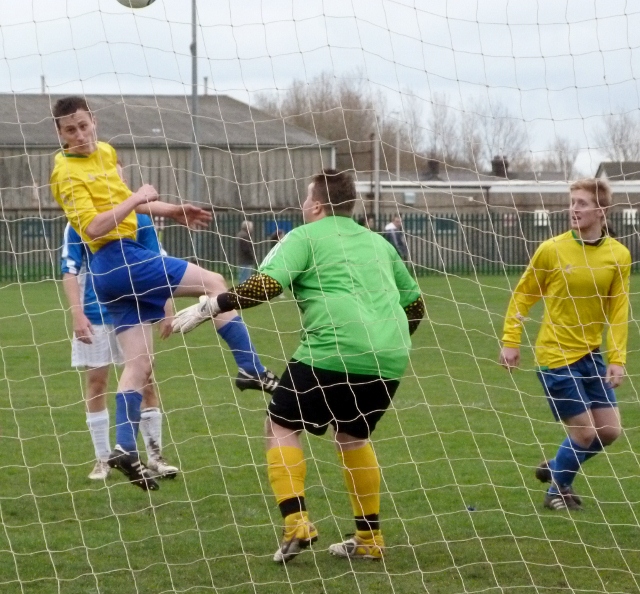 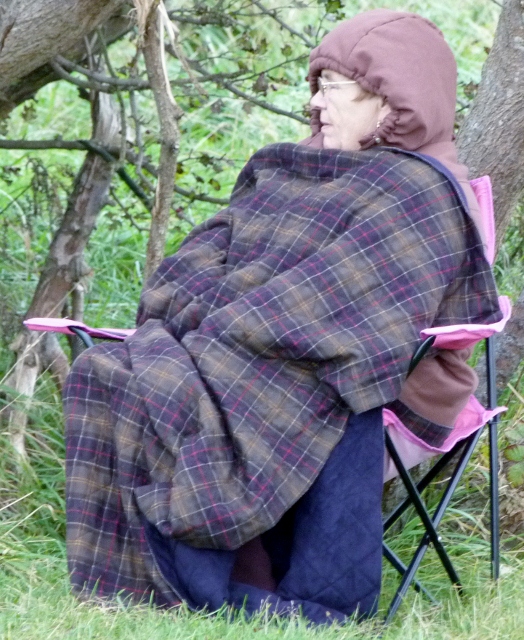 Wrapped up warm against the elements