Tower Lounge win away on penalties in the Lancashire Sunday Trophy and there was another good win for AFC Wilo against top side Theatre Boys FC.  Quills go through after knocking out fellow BFSFA side Blackpool Catholic Club.  Spindles and Newton Arms will be hoping for better pitch conditions next week.  Blackpool Motor Works FC go top of Division 1 although their rivals have a number of games in hand.  Blackpool Lane Ends FC have another big win to open up a five point gap at the top of Division 2.  A good day for Xceptional Kitchens FC as they win and Number Four Celtic FC lose in Division 3.  St Annes FC's great form continued with a fourth straight win.  Big wins for all of the top five in Division 4 makes it tougher for those below them.  Soul Suite stay a point clear. In the Lancashire Sunday Trophy, Premier Division leaders Quilligans FC were away at Division 1 leaders Blackpool Catholic Club FC.  Both were still unbeaten in all competitions.  (More pictures below). 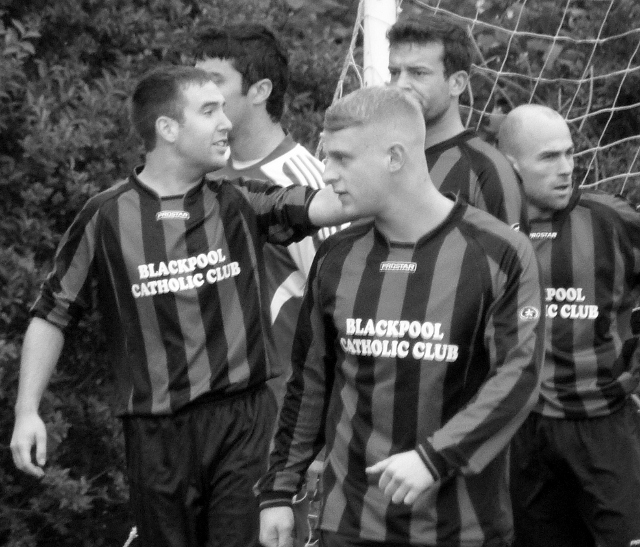 A miserable October morning for Sunday football.  Even Boundary Park had some standing water so I expect that many of the other Fylde venues were muddy today.

Poulton SFC manager Alan Cocker watches on alongside referees' secretary Dave Connor.  Poulton's opponents were in Tenerife so a comfortable walk over for the holders. 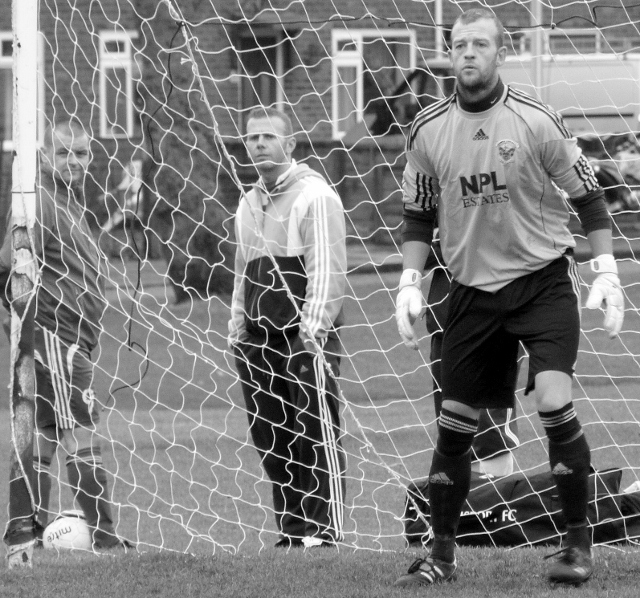 Jordan Spedding hit a sweet first time dipping volley to put Quills ahead.  Only 1-0 at the interval and the Catholics were still in the game. 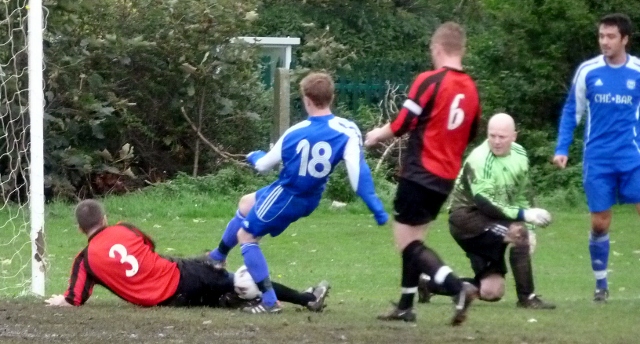 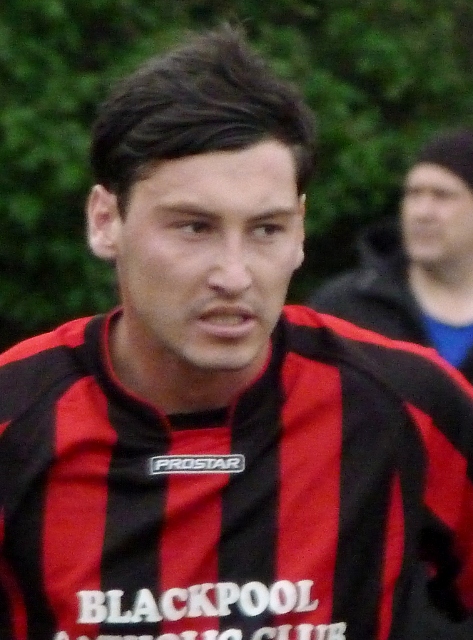 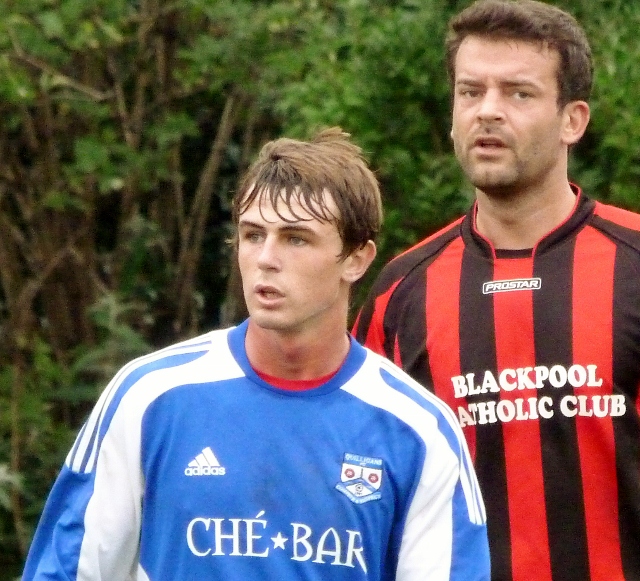 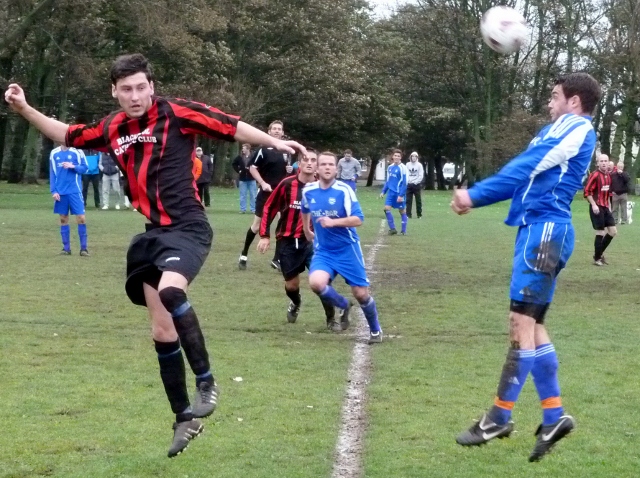 Midway through the second half the Catholics conceded a bad penalty just inside the box with the Quills player having his back to goal and no threat.  The penalty was notched and two minutes later a great run and cross from Dickinson ended with a headed goal at the far post.  Game over. 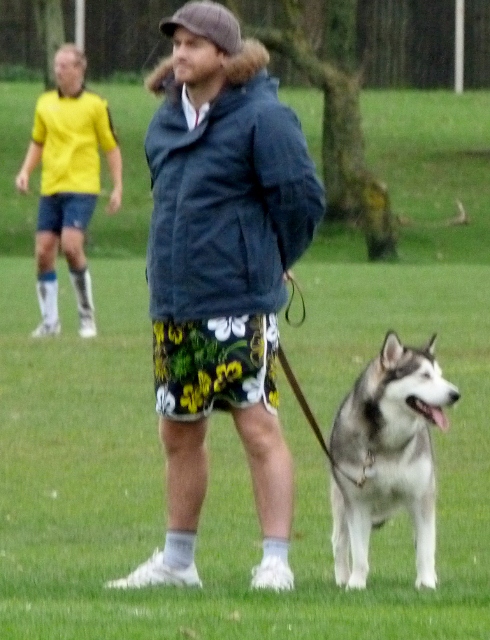 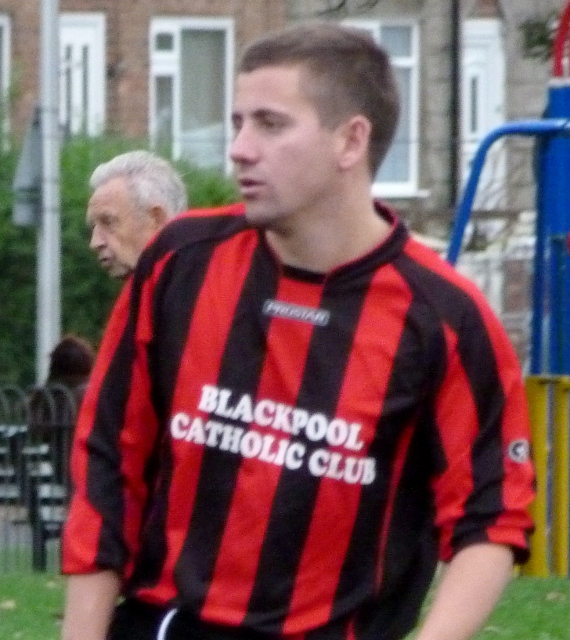 Dave Cram, looking remarkably fresh after his stag day/night yesterday but every credit for turning out which is more than can be said for his wing man and best man OJ who was nowhere to be seen.  Poor show.