A ST ANNES pub has agreed a sponsorship deal with a Sunday league football team.  The Victoria sports bar, on Church Road, is to sponsor Skye FC – currently in division 2B of the Blackpool and Fylde Sunday Football Alliance – for the 2009/10 season.
Skye FC, whose home pitch is at Blackpool Road North, St Annes, is delighted at the sponsorship package, which will include assistance with league fees and food and hospitality for players after matches.  The deal was drawn up by new landlord and manager Martyn Schofield and deputy manager Carl Machen, both of whom are former amateur footballers.
Manager of Skye FC Ali Martin said: “Everyone at the club wishes to thank Martyn and Carl for their help in funding the club and for giving us a meeting place after matches.”
The club is to change its name through the Lancashire FA to incorporate The Victoria in its title.  The Victoria will also be hosting the team's annual Matthew Jones Memorial Trophy post-match party in memory of Skye FC's former player, who tragically died last year, at the age of just 19, following a motorbike accident.  They are currently fundraising to buy a memorial bench for Matthew, who was a talented young player. The third annual football match and event is currently being planned for May 2010.
The pub is putting the emphasis back on community sport and has also just launched a new pool team, although it will still feature its popular live band nights every weekend.  Skye FC was founded by Ali Martin in 2003 and for many years was an independent club, promoted from division 3A to 2B two years ago. 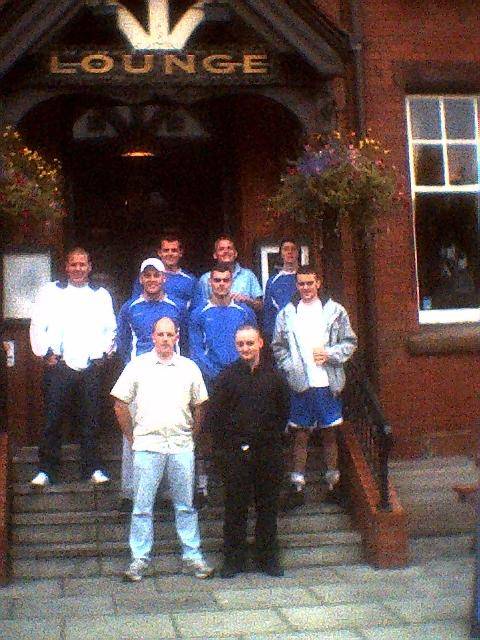